I have been a LiveScribe fan since I first saw (and immediately bought) the Pulse, and today my LiveScribe 3 smartpen and notebook are with me everywhere I go. When I switched phones back to Android last year I sorely missed the LiveScribe 3 support, so it is great news that LiveScribe Android support is coming this spring! 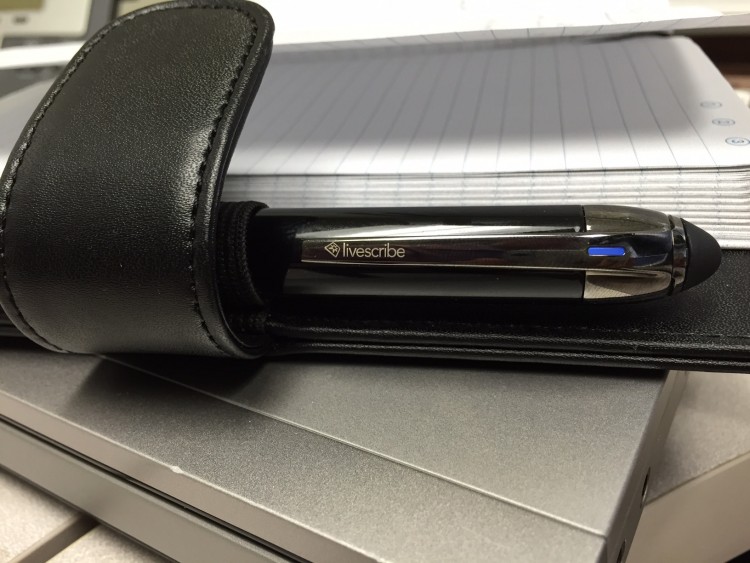 I love the LiveScribe+ app and LiveScribe 3 Pen because of things like:
– Quick Bluetooth pairing
– Fast page downloads and updates
– Integration with apps such as Evernote and OneNote. 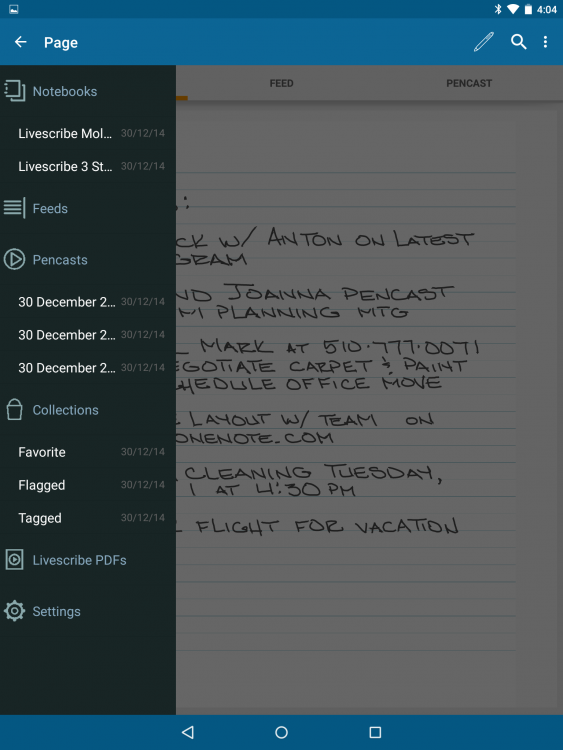 Here is what LiveScribe says:

The Livescribe+ app will be available for select Android smartphones and tablets running Android KitKat 4.4 or Lollipop 5.0 with support for Bluetooth LE. Livescribe+ will include key features of the iOS version of the app, including the ability to transfer notes from Livescribe 3 smartpens, search handwriting and convert it to digital text. Customers can also create and play back pencasts that synchronize audio recordings with handwritten notes, and easily share their notes in standard PDF format. Any Livescribe 3 smartpen can save notes to both an iOS and Android device so customers have all their notes wherever they need. Additional features will be introduced in later versions of the software.

“Livescribe+ for Android is much more than a port of our iOS app,” said Greg Wong, Director of Product Management. “We’ve approached every aspect of this app, from the color palette to the user interface, to optimize for the Android platform and customer expectations.”

Head to their official site for more details, and get ready for Android support coming in the spring!