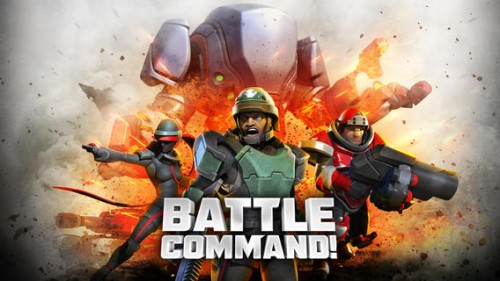 Spacetime Games is on a roll, releasing multiplayer games for iOS and Android across genres that are free to try and a blast to play. The latest of these games is Battle Command. It uses a standard build, battle, enhance format, followed by upgrades and so on. And while it is familiar – it is a blast to play!

You’ll build and battle with an awesome lineup of offensive and defensive units:

I have been playing off and on for the past couple of weeks and have found it to be fun to play without having spent any real money. Buying in-app currency will make things speed up and allow you more flexibility, but you are never forced to make a purchase.

If you enjoy games like Spacetime’s earlier ‘Battle Dragons’ or ‘Clash of Clans’ or are just a fan of strategy combat games, definitely check this out!