When I first started storing backups of photos and key files online, I signed up for Dropbox and free 2GB of storage. It became quickly apparent that was far too small, but I was too cheap to pay $100 to jump to the next level. Instead, I started using Microsoft Skydrive, now OneDrive; as of yesterday I have 121GB free! 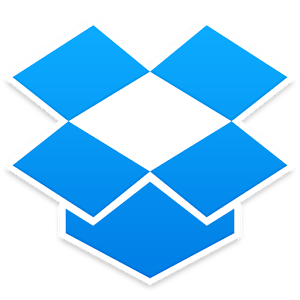 It got me thinking: is Dropbox more competitive now? A very brief glance at their pricing guide tells me they absolutely are not. 1TB of storage is $9.99/month, or $99/year. Meanwhile, OneDrive is $6.99/month, or around $84/year; $16 may not be much, but it’s certainly a savings. And if you don’t need 1TB of cloud storage, OneDrive offers far more rational price points: 15GB for free, then 100GB for $1.99/month and 200GB for $3.99/month. If 1TB is too much and 15GB is too little, you can sit quite comfortably with 200GB for only $48/year, or less than half of what Dropbox wants to go from 2GB to 1TB. And remember, Dropbox offers absolutely nothing in between those two extremes.

Google Drive also offers serious competition, with 15GB free as well. They also offer 100GB for $1.99/month, though after that it jumps to 1TB for $9.99/month. However, Google really shines on the high-end, with plans ranging from 10TB all the way up to 30TB (granted, at a whopping $299.99/month, but still). Incidentally, if you head to Google’s security site today, they’ll give you an additional 2GB free for doing a security checkup.

The point is, the competition is rapidly exceeding what Dropbox can offer, and Dropbox has done absolutely nothing to stop them.It’s not that Dropbox is a bad service. But for me as the end-user, it’s hard to see the value in Dropbox anymore. If all you need is a place to store documents and photos, there are far more wallet friendly choices, and both Microsoft and Google have done quite a bit to integrate OneDrive and Google Drive with third-party services. And with both services offering a default free level that’s above and beyond what Dropbox offers, along with additional incentive amounts along the way, I think I am halfway to deleting Dropbox off my devices entirely.

Are you a hardcore Dropbox user, or have OneDrive/Google Drive/other competitors lured you away?