The wireless router is the center of most people’s home networking, but the D-Link Viper DSL-2900AL sets out to do much more than simply share your internet connection.

D-Link inspires that feeling with the packaging, which is far more elaborate than your average networking appliance. A rather hefty box with glossy, holographic print will certainly draw attention on the shelf. 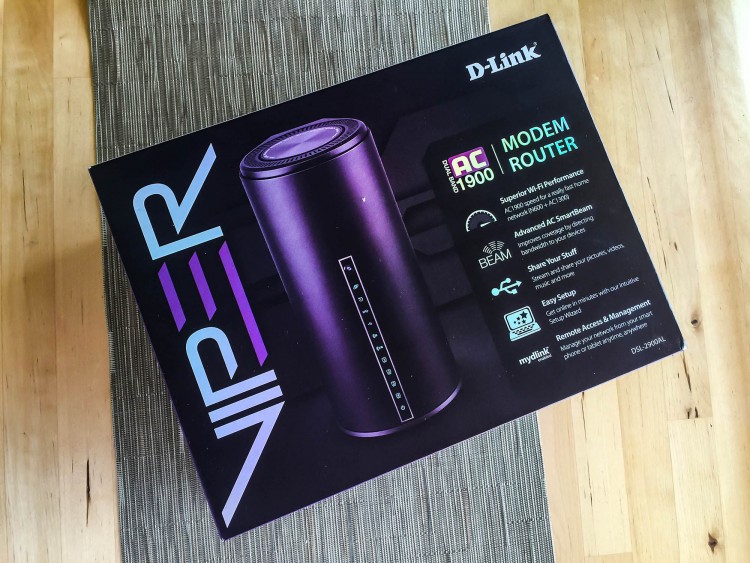 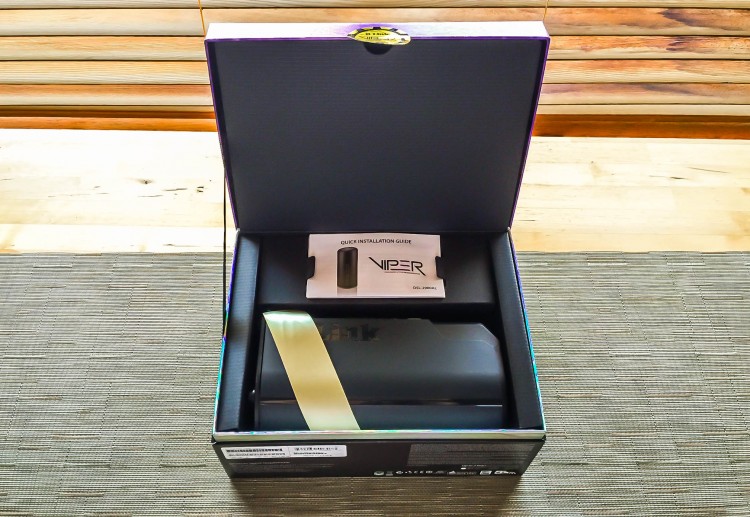 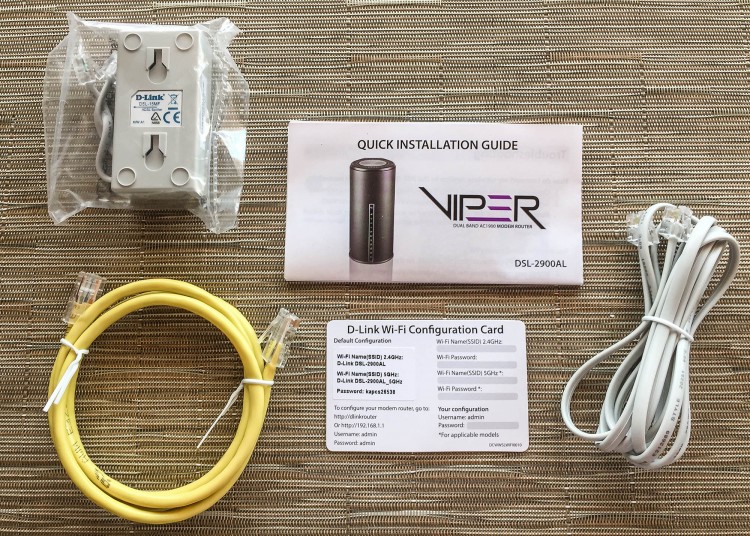 The previous model (the DSL-2890AL) had a glossy black finish, which may look flashy for a few seconds before attracting copious amounts of dust and scratching beyond belief. Personally, I much prefer the new matte finish. 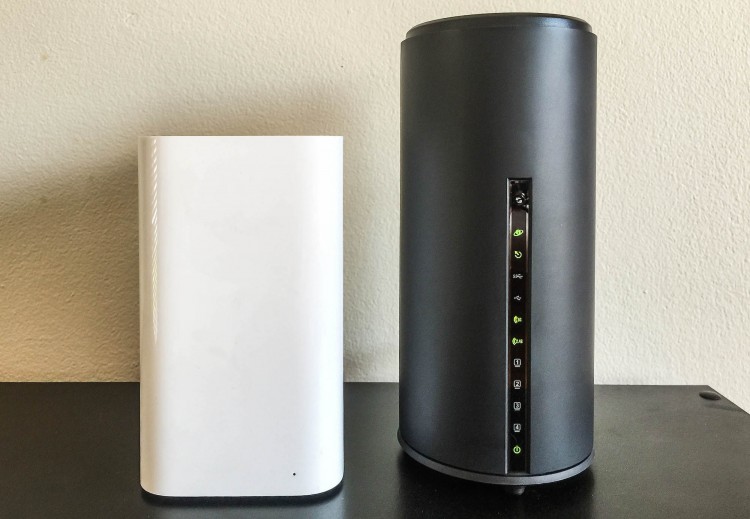 The stand-up design is reminiscent of the current Apple AirPort Extreme, though it stands about two inches taller and is noticeably lighter in the hand. While the AirPort offers a version with an integrated HDD (the Apple Time Capsule) the D-Link Viper DSL-2900AL does not, instead packing an integrated ADSL2+ modem.

Along the front is a strip of LEDs to confirm the status of your Internet connection, WiFi and wired connections, while the back houses all of the physical connections. A phone line connection for the integrated ADSL2+ modem, two USB ports (one 3.0, the other 2.0) and four gigabit Ethernet ports run top to bottom. A WiFi power toggle, unit power button and the AC connector round things off. 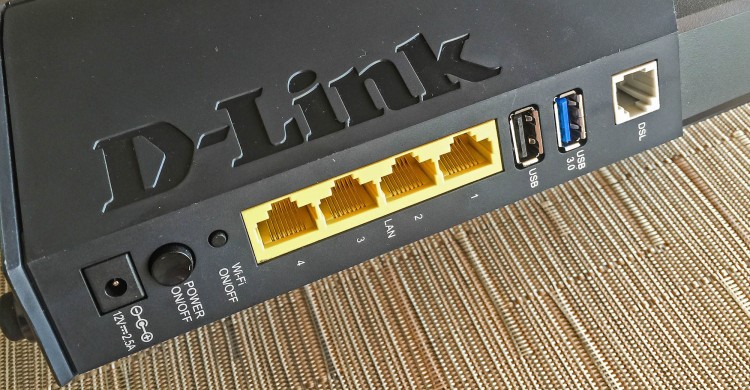 A WPS button on the front of the D-Link Viper DSL-2900AL lets you connect devices like printers or computers without entering any passwords or keys, though it’s not supported by all operating systems (ahem Mac…). If you’re hooking up a Windows computer or a wireless networked printer, having it handy on the front is a nice touch.

The web-based user interface is very clean, with the main screen showing a layout of the various connections and device types. Clicking on the icons with display more details at the bottom. 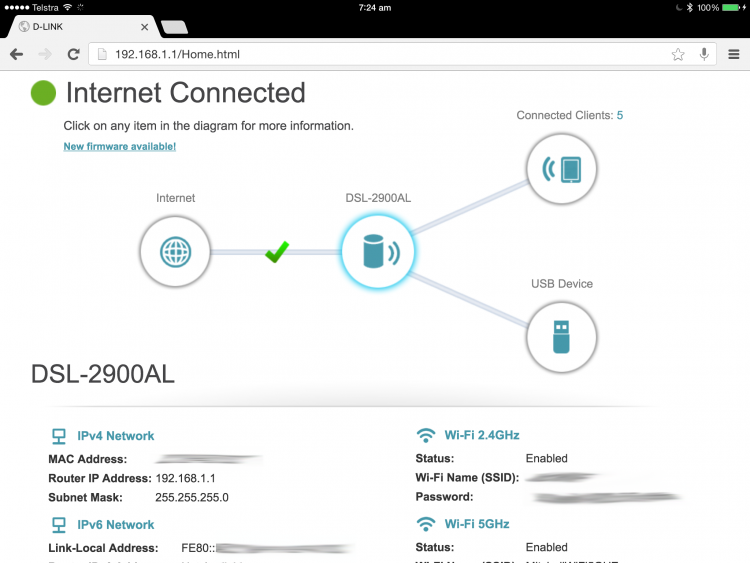 It’s worth noting that wireless or wired ethernet are your two options for sharing printers directly through the D-Link Viper DSL-2900AL without a computer, as the two USB ports don’t support printers.

If you have any USB storage devices connected, then you will be able to see how much space is still available. 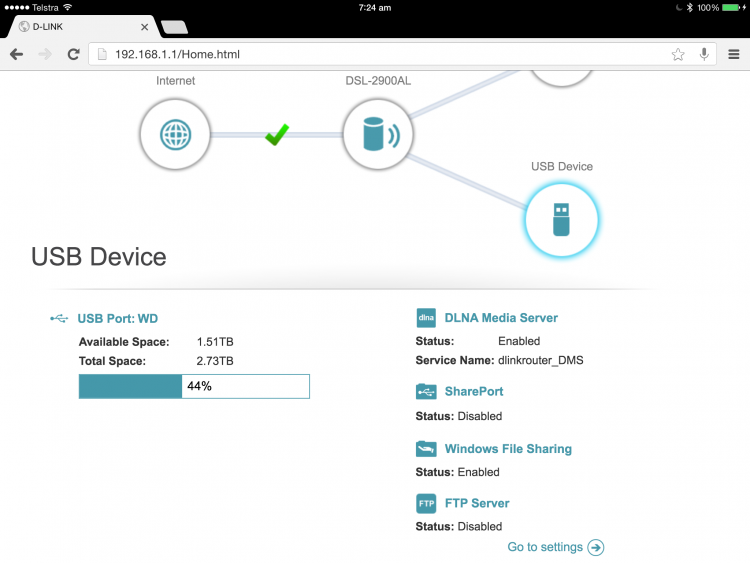 The D-Link Viper DSL-2900AL can be configured manually or using the helpful wizard, allowing you to customise your wireless network name and password, as well as get ADSL2+ up and running. 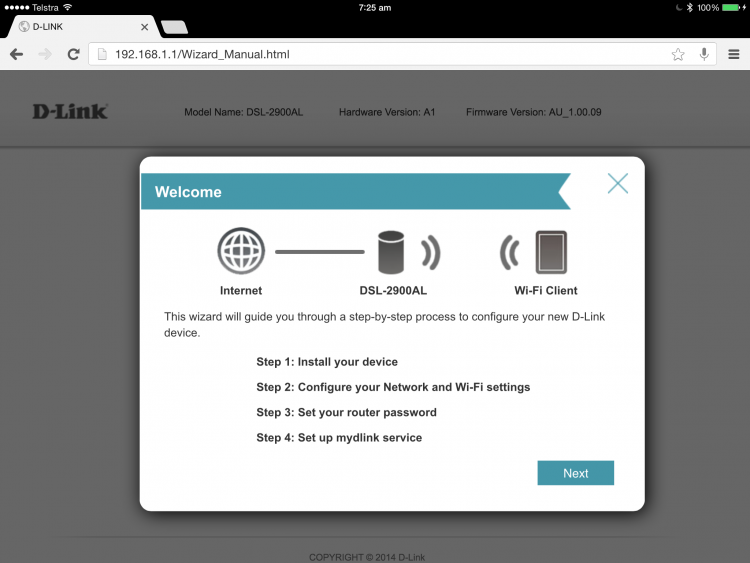 One of my favourite features is Guest Zone, which lets you setup a separate wireless network that only permits access to the internet. This is perfect for letting friends and family get online without giving them carte blanche access to your networked devices. 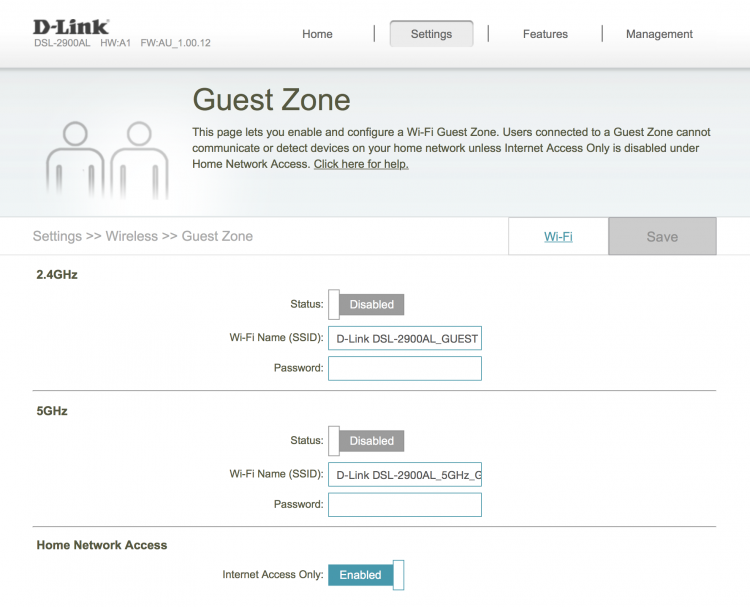 The integrated ADSL2+ modem was easy to set up using the credentials supplied by my ISP, and the D-Link Viper DSL-2900AL maintained a very stable connection. At no point during testing over the last month or so has the connection dropped, something I couldn’t say about my previous ADSL2+ router connected to an Apple AirPort Extreme.

There is plenty of customization for firewall access, port forwarding, web filtering and parental controls. mydlink lets you access things remotely too. 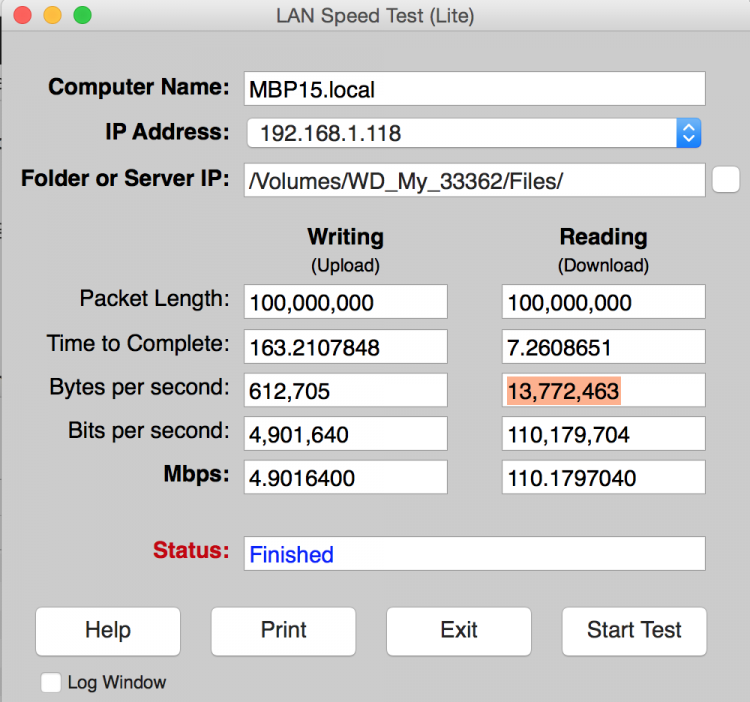 File transfers directly from a 4TB USB HDD connected directly to the D-Link Viper DSL-2900AL via USB 3.0 could only manage a quarter of that, usually around 13-15MB/s. If you’re planning on using the shared storage mostly for viewing files it works perfectly well, but transferring files TO the USB storage is best left to run overnight. 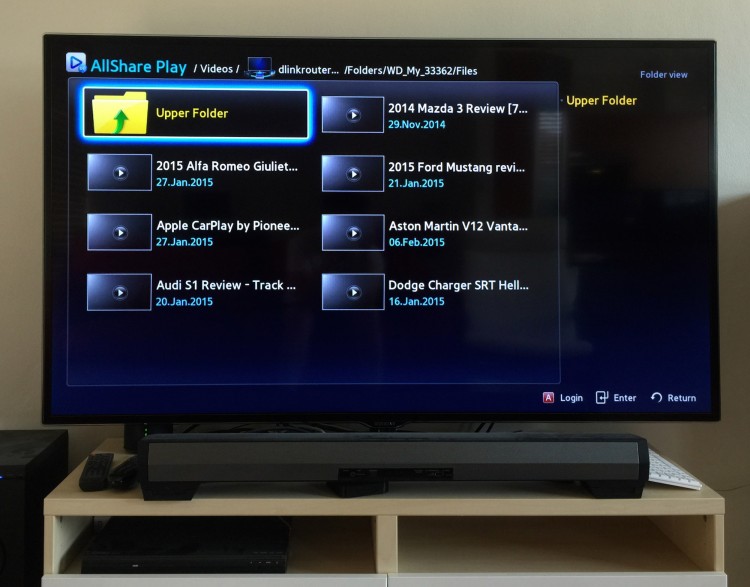 The other feature that I found myself using frequently was the DLNA functionality. The D-Link Viper DSL-2900AL essentially sets itself up as a media server, offering up your media files to compatible TVs and players across your network. 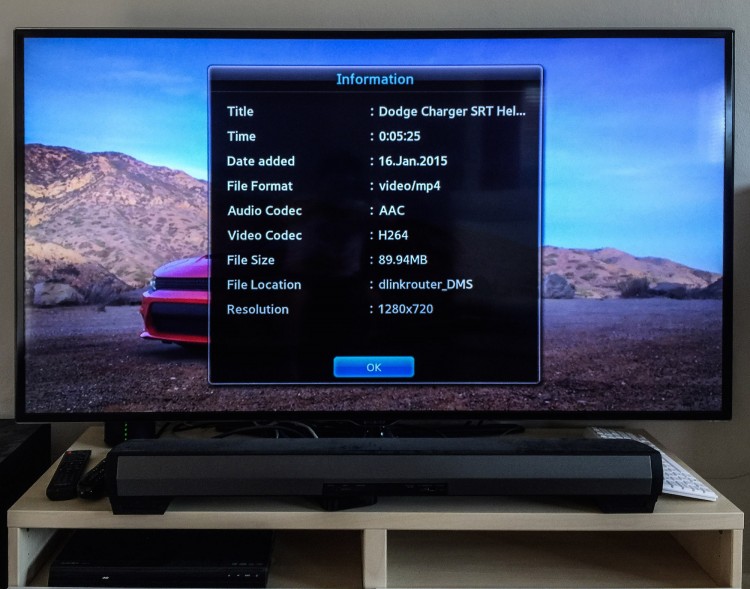 My Samsung TV is connected to the D-Link Viper DSL-2900AL via ethernet, and with a few button presses on the remote my entire library of music, photos and videos is available for playback. Brilliant!

My time with the D-Link Viper DSL-2900AL has been very positive, with solid connectivity, both of the wireless and ADSL2+ variety, and the extra features on offer have earned it an ongoing place in my home media and networking setup. It’s certainly not the cheapest wireless modem router on the market at  AU$329, but it’s stability and feature set make it a solid buy.

What I Like: Stability, feature set, simplicity, DLNA functionality

What Needs Improvement: USB storage performance could be better