When the Dell XPS 13 Ultrabook was announced at CES, it definitely piqued my interest. This laptop puts a 13.3″ screen in the body of an 11″; it is available with a 5th Generation Intel Core i5 Processor, 8GB RAM, 256GB SSD, and a touchscreen. It also has an SD slot, something I’ve sorely missed on my 11″ MacBook Air.

For background’s sake, my main computer is a 15″ MacBook Pro retina, and when I travel I bring along a 11″ MacBook Air. The Air is a great portable size that I enjoy toting, but I’m getting older, my vision isn’t getting better, and the Air’s non-retina screen is less brilliant than I would like. I’ve considered upgrading to the 13″ Air, but every time that thought comes up, I put the kibosh on it.

Here’s my reasoning: If I am going to carry the (also non-retina) 13″ Air,  then I might as well just carry my 15″ MacBook Pro retina; that way I’d have everything I could possibly need or want with me at all times … DONE.

The problem with that brilliant solution is that carrying around such a heavy laptop — even though it is one of the sleekest in its class — isn’t practical at all.

Most of the work I do is based in the cloud, and many of the apps I use have Windows or OSX equivalents. I have no issue with swapping between Mac and Windows devices, but I have to admit that since 2008 I’ve preferred Apple’s MacBooks to any other laptops. Why? Simply put, I’ve found them to be the most aesthetically pleasing, technologically advanced, easy to use, and portable laptops available.

The Dell XPS 13 Ultrabook has challenged that.

I’d been considering replacing my 11″ MBA with a higher resolution touchscreen Microsoft device for some time; I went so far as to purchase a Microsoft Surface Pro 3, but it didn’t take me long to realize that in my case, the removable keyboard was not a selling point. I need a laptop form factor so that I can write and edit anywhere, and that’s why I was eager to give the Dell XPS 13 a try. 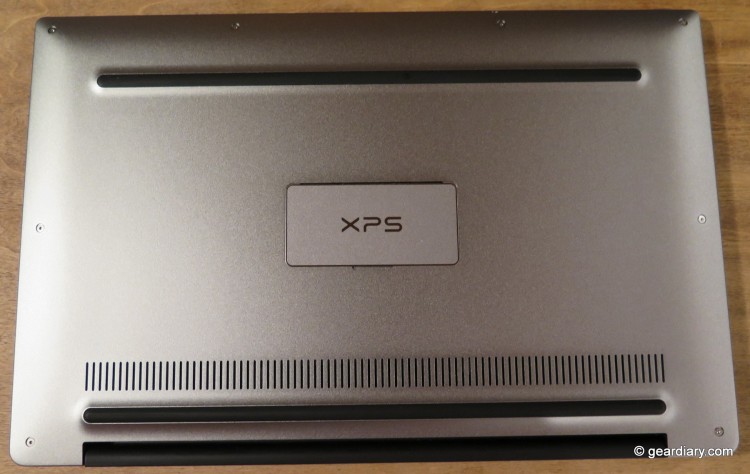 For the last month I have been using the XPS 13 Ultrabook as my only computer when traveling and when at home, and while I’ll admit that its 13″ screen is a bit too small to replace the MBPr’s 15″ retina screen for my everyday work needs, I’ve found that it just about blows away any competition my 11″ Air could have given it — with the exception of one area. 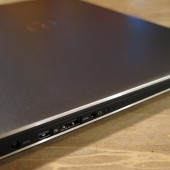 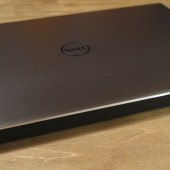 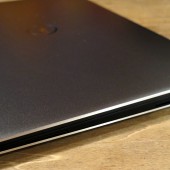 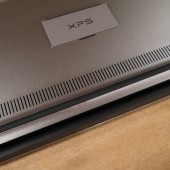 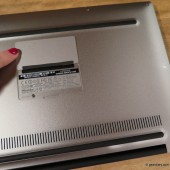 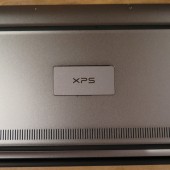 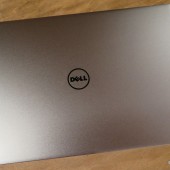 I’ll get to that in just a bit.

Let’s start with this picture; I hope says as much to you as it does to me …

Okay, just in case the picture doesn’t make it obvious enough: the 11″ MacBook Air and the Dell XPS 13 are very close in size. 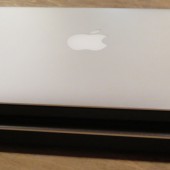 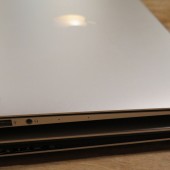 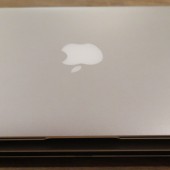 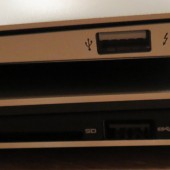 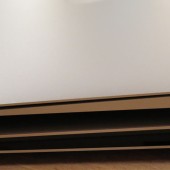 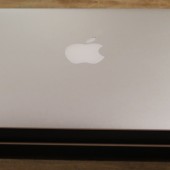 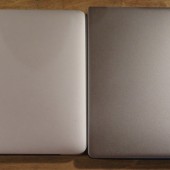 On the left side, the 11″ MacBook Air has the Magsafe charging port, a USB 3.0 port, the 3.5mm headphone jack, and two microphones. The Dell XPS has a round power port, a mini display port, a USB 3.0 port, a 3.5mm headphone jack, and a small button that when pressed indicates remaining battery life without you having to boot up or open the laptop. Remember when MacBook Pros used to have those? On the end, there is a speaker. 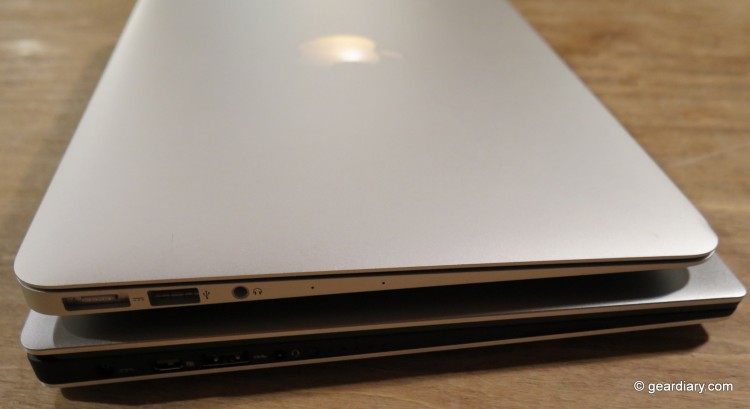 The keyboards on the two laptops are very comparable.Both have chicklet style keys with just enough travel that they are a pleasure to type on; both keyboards have backlit keys, and both have an approximately 4.75″ touch pad. Herein lies the only complaint that I have been able to come up with during my time thus far with the XPS 13: compared to the Mac touchpad, the Dell touchpad seems a little less responsive to two-fingered scrolling at times, and it seems to need a more precise hand when I am using it to select items for highlighting. This may just be the difference of being used to one OS or hardware vendor’s touchpad over the other, but since I have been using the Dell exclusively for some time, I feel pretty confident in my assessment. 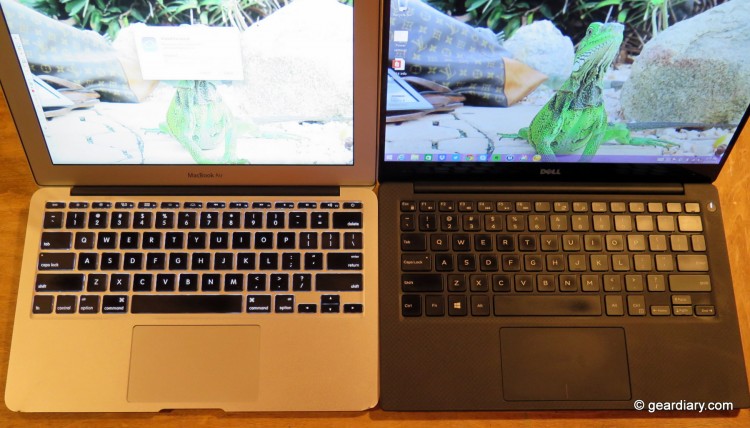 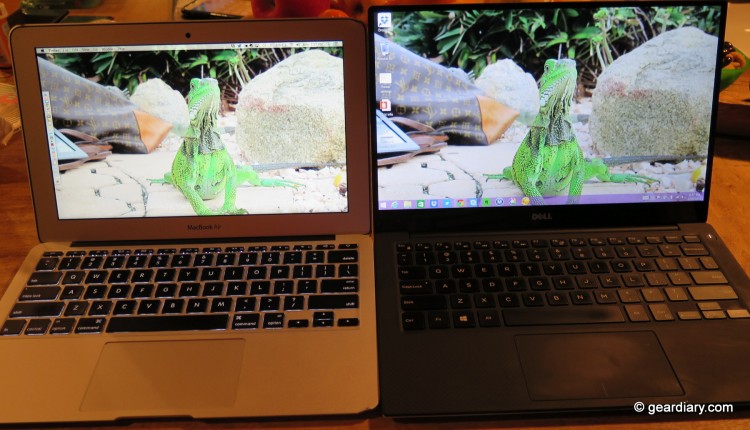 You’ll note that both 11″ Apple MacBook Air and the Dell XPS 13 have about 3/4″ at the bottom the screen that is taken up with bezel. Worth noting is that the bottom left hand corner of the XPS’s bezel houses the webcam. Yes, this is a weird place to put it, but it makes sense when you see that the bezel around the MacBook Air’s screen is also approximately 3/4″ all the way around, including at the top where the black camera lens is placed. On the Dell, the bezel is 5mm on three sides, so there is nowhere that the camera could have fit except for the bottom. 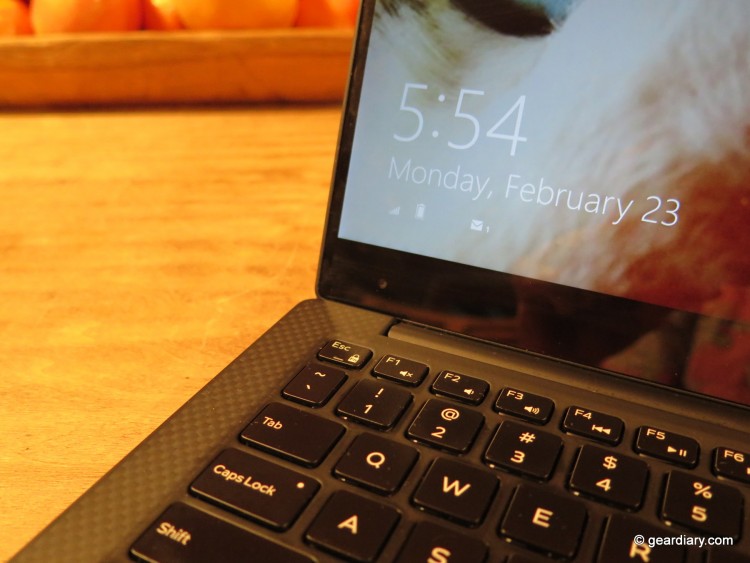 While I have always liked the full metal body on Apple’s MacBooks, I suspect that it adds extra weight to the otherwise sleek laptops. The Dell XPS 13 body is composed of CNC machined aluminum, but the interior has a carbon fiber composite palm rest with soft touch paint. 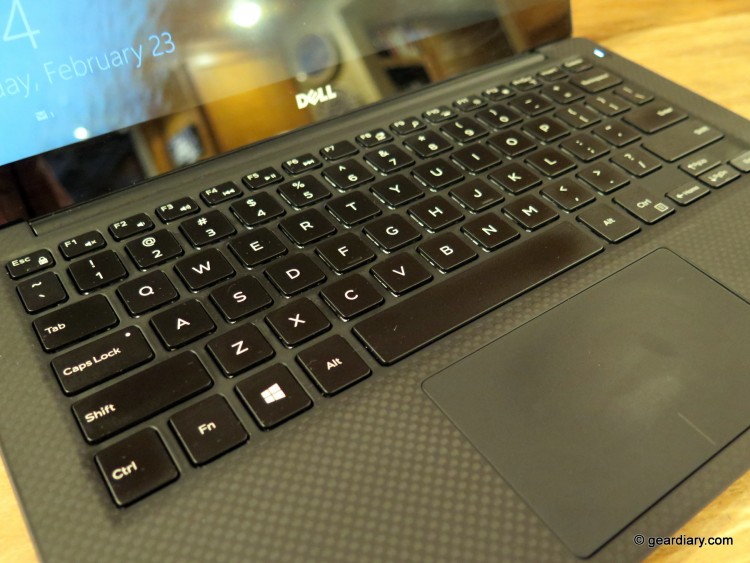 Battery life on the Dell XPS 13 Ultrabook has been decent, although I have not dimmed the screen to its lowest point to truly conserve energy. With the power saving settings on “Balanced”, I am able to get about five hours of my typical use — which includes opening and editing spreadsheets, surfing, editing WordPress posts, writing my own posts in WordPress, answering email through Gmail in Chrome, watching a couple of YouTube videos, and uploading pictures to WordPress. That’s about what I’ve come to expect from my MacBook Air, so I have no complaints there. 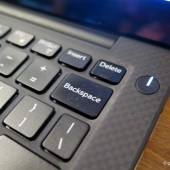 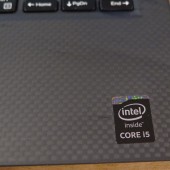 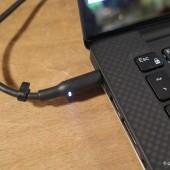 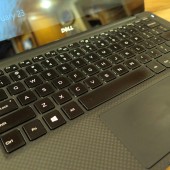 Because the Dell XPS came with a fantastic laptop bag with built-in 12,000mAh charger, it is already set up to be one of the most convenient travel laptops I’ve ever used. 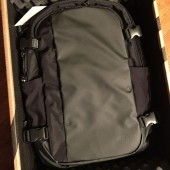 The Dell XPS Ultrabook fits perfectly with all of your other travel needs inside the Dell Premier Backpack! 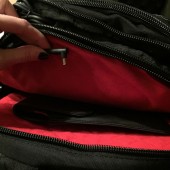 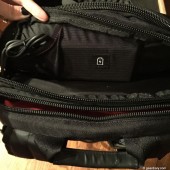 And here’s the 12,000mAh battery pack which also has two USB ports on it for charging your mobile devices!

I’m going to take it to Mobile World Congress where it will continue to serve as my only computer, and when I return I will post part two about my user experience. At this point, I can tell you that I see no compelling reason to go back to my 11″ Air. Everything about the XPS 13 is first class without compromise; this is the laptop that has finally made me feel that Mac has lost its edge.

You can learn more about the Dell XPS 13 Ultrabook by clicking here. You can read my follow-up post here.