In a new report from The Wall Street Journal, Apple seems to be in the talks to launch an slimmed-down online television service which would have around 25 channels with some major names like ABC, CBS, and Fox, and heavy hitter cable channels like E!, and Syfy. 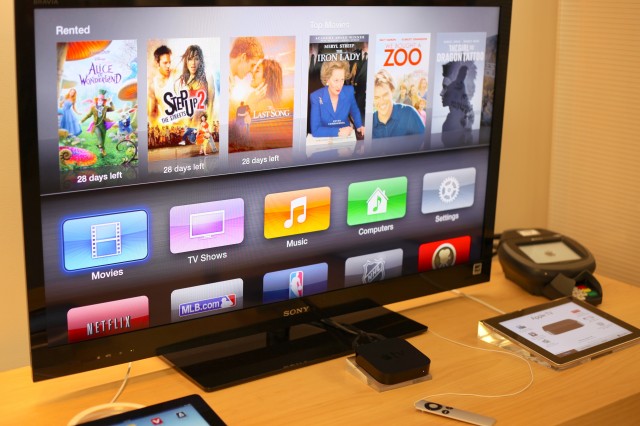 The talks don’t include NBCUniversal, which owns big names like USA and Bravo, because of complications with their major company Comcast, according to sources.

Apple and Comcast were in talks as recently as last year about working together on a streaming television platform that would combine Apple’s expertise in user interfaces with Comcast’s strength in broadband delivery. Apple came to believe that Comcast was stringing it along while the cable giant focused on its own X1 Web-enabled set-top box, the people said. One media executive said it may be difficult for Apple to launch a service without NBCUniversal channels.

After announcing last week at their conference that they would be exclusively offering HBO NOW for 90 days starting next month, and expected to release a thinner Apple TV box with a new remote and redesigned user-interface to be announced in June. With competitors like the Sling TV, Roku, and Chromecast, it will be interesting to see the result of Apples venture into the TV Streaming world. Let’s just hope that Apple can get all of the television providers to jump onboard.