I have way too many cables lying around my apartment. Many of them should be thrown away because they have frayed, but many just honestly stopped working after three months for some unknown reason. Native Union sent over their new collection of cables that promise to be the non-fraying, unbreakable cords that will make me never need another cable again. 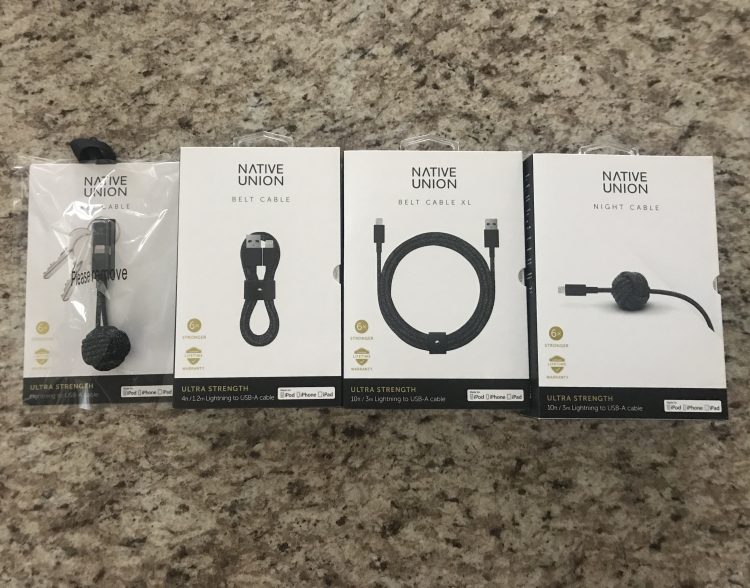 Native Union calls this set of three cables the Cosmos Collection, which are cables that we’ve previously reviewed in recent years, essentially made tougher and stronger to prevent you developing anxiety about your cables not working when you need them the most.

The set itself now is priced at $75.97, which is discounted from their normal price of $94.97, and although only available in Apple Lightning versions, I do hope the company eventually makes USB-C and micro-USB versions as well. Made up from DuPont Kevlar Fiber, each of the three is covered in nylon braiding and promise 10,000+ bends. Including the Key Cable, the NIGHT cable, and the BELT Cable, there are three cables for each scenario any user could dream about. 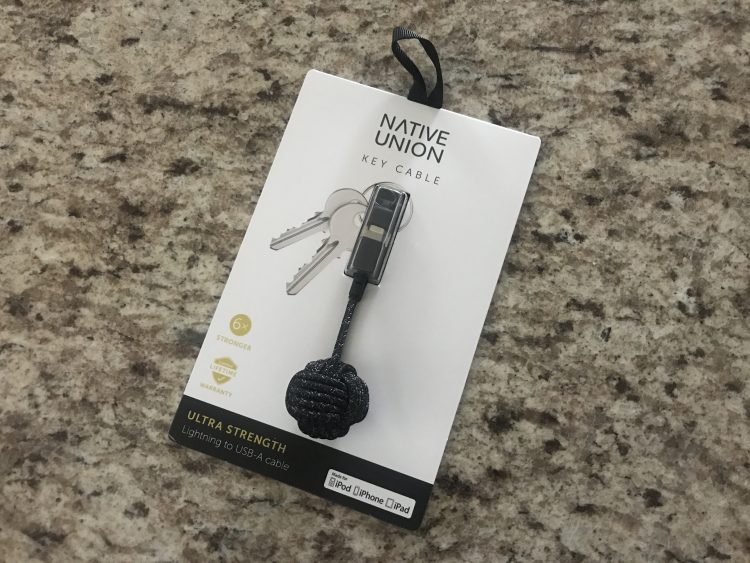 The KEY cable is about 6.5 inches long when opened and obviously, attaches to your keys. This one, in particular, gives you the ability to charge in that emergency where you’re out and about and forget to bring a lightning cable with you, this one will always be there when you forget. It’s been my favorite of the three so far. 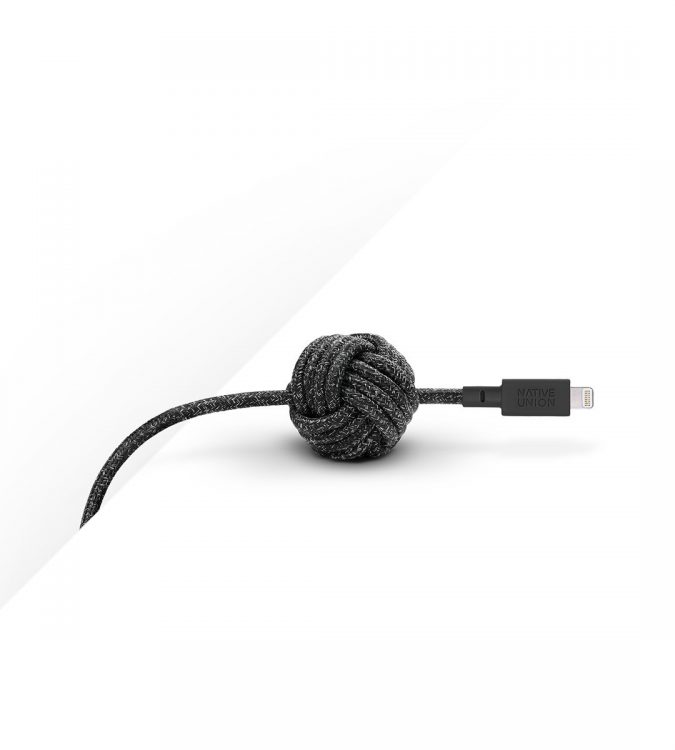 The NIGHT cable stops the hassle of having to sit your lightning cable behind your pillow at night, or it falling off or your nightstand or sitting a coaster over it to keep it from slowly sliding off of the table, as it’s made with a weighted knot to allow the user to comfortable sit their phone down flat and it will not slip or slide once, courtesy of it being anchored to whatever surface you place it on. 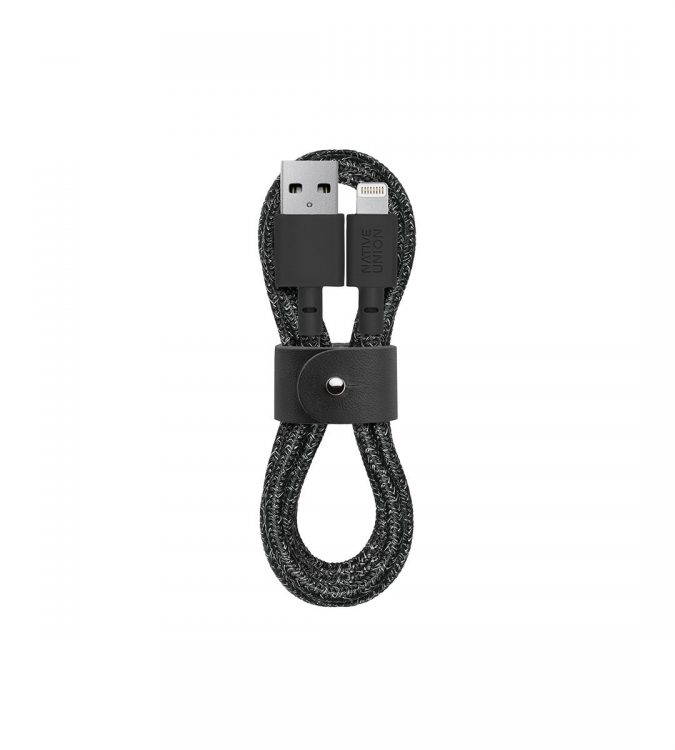 Essentially a commuter cable who hates wrapping up cords, the BELT Cable by Native Union should’ve been the cable Apple always made, which is a portable cable that although not flat, comes with the ability to be wrapped up thanks to its integrated leather belt which will always remain fastened for easy storage in a backpack, purse or pocket. This is a mainstay in my bag and should be in yours as well. 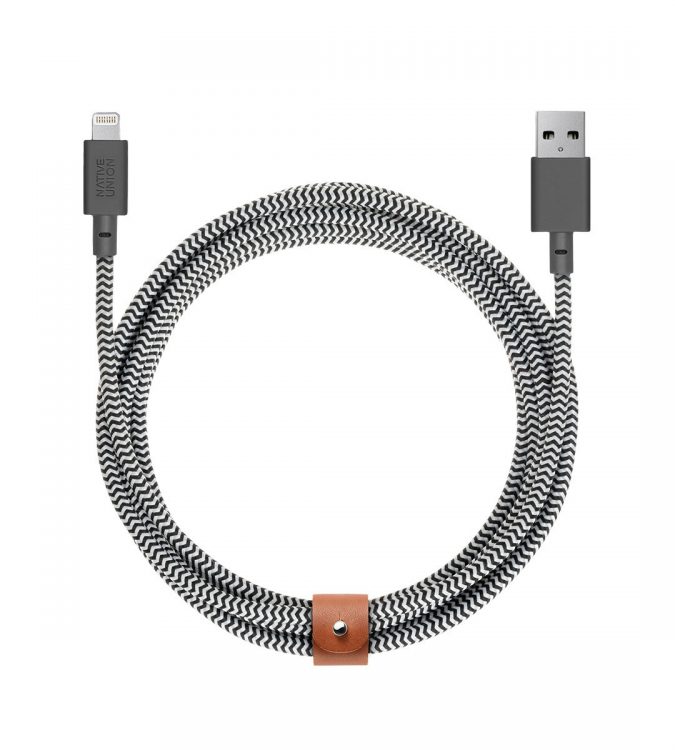 I love the BELT cable, however, I thought I would need a longer cable for since it’s only about 6 feet in length and when I travel for some reason I pick hotels that only have outlets feet away from the bed I’ll be sleeping in. Luckily Native Union thought of this and made their BELT XL, which is a longer version of the belt which features the same integrated leather belt that keeps the cables from just being a mess wherever you store them. This isn’t a part of the Cosmos Cable Collection package, however, you can buy it separately for $35.

Native Union prides themselves on this new series stating that their O-Flex strain relief design allows it to be not only six times stronger than standard lightning cables, but they back the product up with a lifetime warranty, so if you ever happened to have a mishap with your cables, you can send them back free of charge and get a replacement.

Native Union prides themselves by their “Tech Accessories Reimagined” moniker, and I’ve been a long fan of Native Union’s products, more recently with their Cosmo’s Edition cables.

If you’d like more information on any of these cables, head over to Native Union today.

What I Like: Super durable cables that won’t fray on you is always something I get excited about

What Needs Improvement: The Belt XL is $35, which is a lot of money for a cable