TweetDeck‘s Mac app received a much needed update today that includes the ability to share access to your account with others, Direct Messages to groups, support for GIFS and videos, and other various updates. 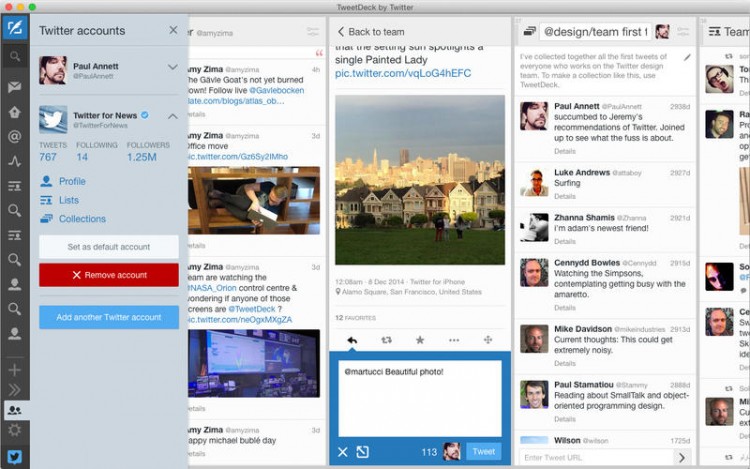 A lot of people with multiple Twitter accounts use TweetDeck, and the multi-tab’s application is now even getting group DM’s, which is handy for folks who like to share a conversation with some, but not all of their friends or followers. The new feature, called “Teams” allows members of a site (like Gear Diary) or a PR team to watch one shared Twitter feed. Those linked to the account are able to respond, retweet, and run the account as well. 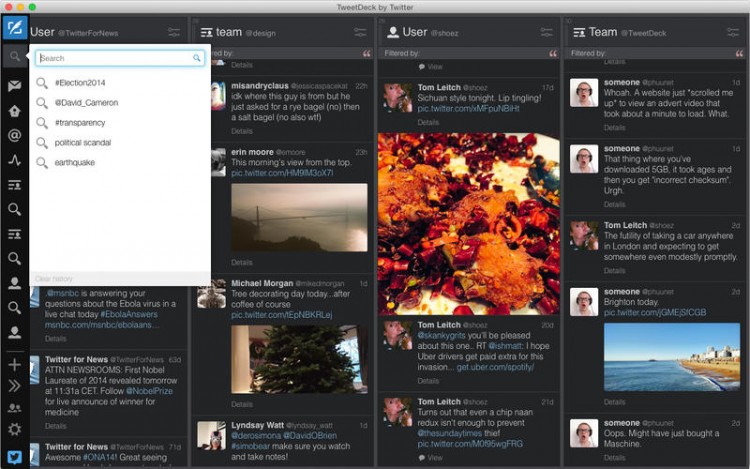 We have loads of great new features for you:

– Share access to your accounts safely & securely with Teams
– Keep the conversation going with Group DMs
– Add up to 4 images with every Tweet
– GIFs and Videos now play in-line
– Share a Tweet via Direct Message to a group of friends
– Dataminr subscribers can now add columns and receive notifications of new alerts to Dataminr watch lists
– Loads of little bug fixes and improvements under the hood. 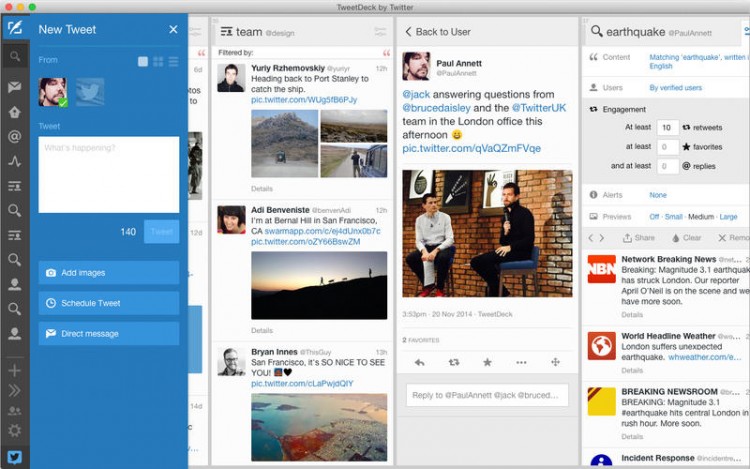 The TweetDeck app for Mac is on the Mac App Store now. (Here is me looking for the iPhone version again!