Posted By: David Goodspeed May 20, 2015
ShareTweet

What name is more synonymous with summer than perhaps Nerf? Nerf has been contributing to summer fun since 1969 when it released the world’s first indoor ball and since that time Nerf has been soaking us, blasting us, and allowing us to have a “ball” no matter which sport, indoor or out, is our preference. 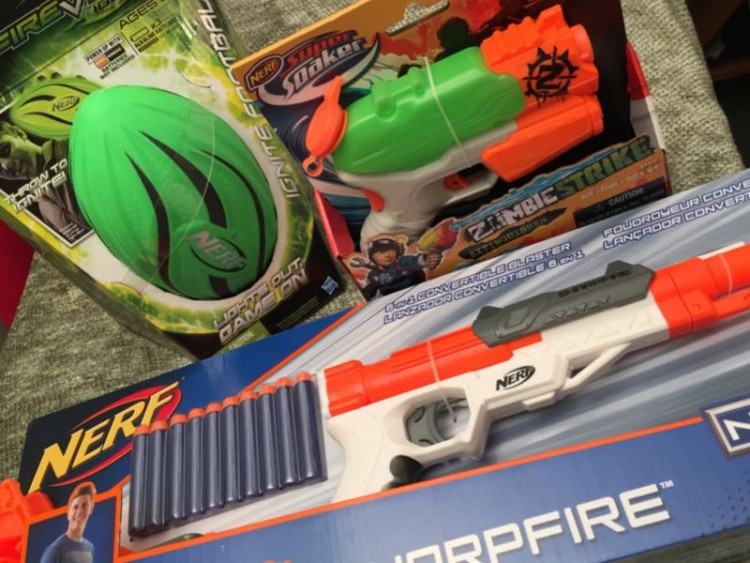 Recently, Nerf sent along a sampling of its Spring 2015 lineup that included the FireVision Ignite Football, Super Soaker Zombie Strike Extinguisher and the N-Strike Sharpfire 6-in-1 foam dart blaster. 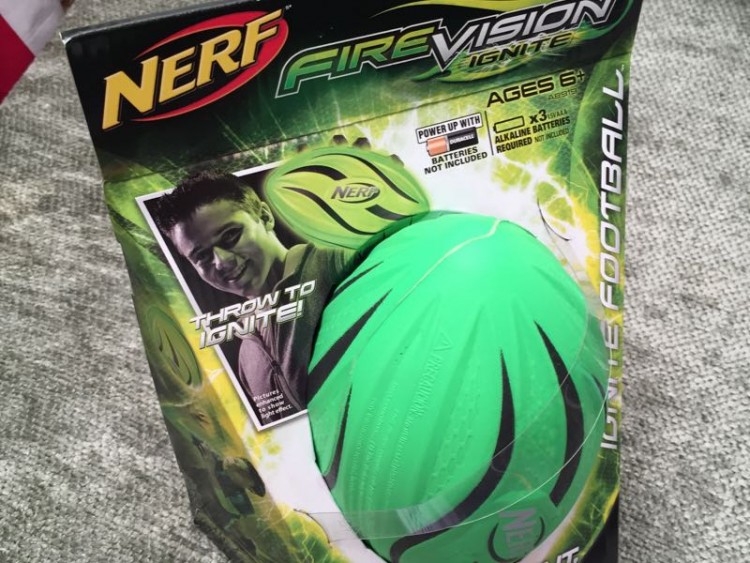 How many of us remember having a Nerf football growing up? I know there were several on every block where I lived and they all inspired impromptu afterschool and weekend pickup football games be they in a vacant lot, someone’s large backyard, or even the side street that had little traffic. Even as adults we have all probably tossed a Nerf ball of some type to our friends, family, or coworkers at one time or another. 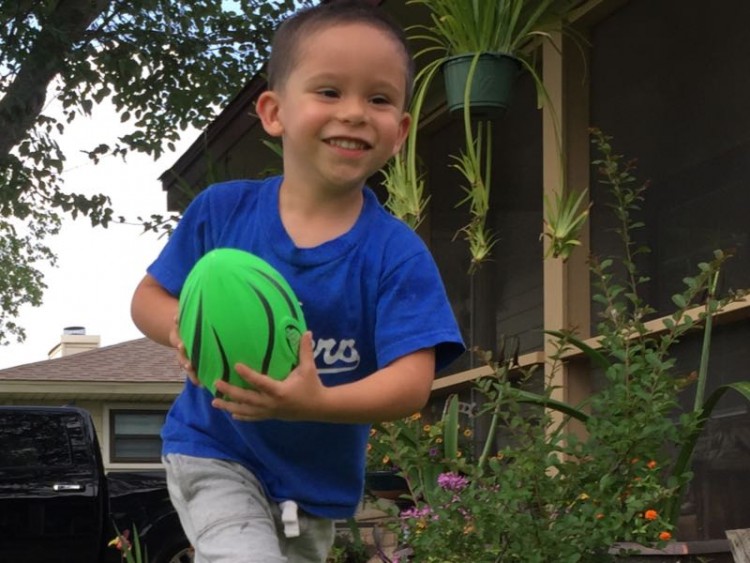 The new FireVision Ignite Football glows green with the touch of a button beneath the label. Play sessions can extend into the nighttime hours as the ball will always be easy to see, even if your opponents aren’t. A panel on the bottom of the ball allows access to the battery holder where three AAA batteries are required. The ball itself is pure Nerf foam that will see years of fun (unless of course your dog accidentally gets hold of it). The Nerf FireVision Ignite Football sells for $17.99, approx. retail. 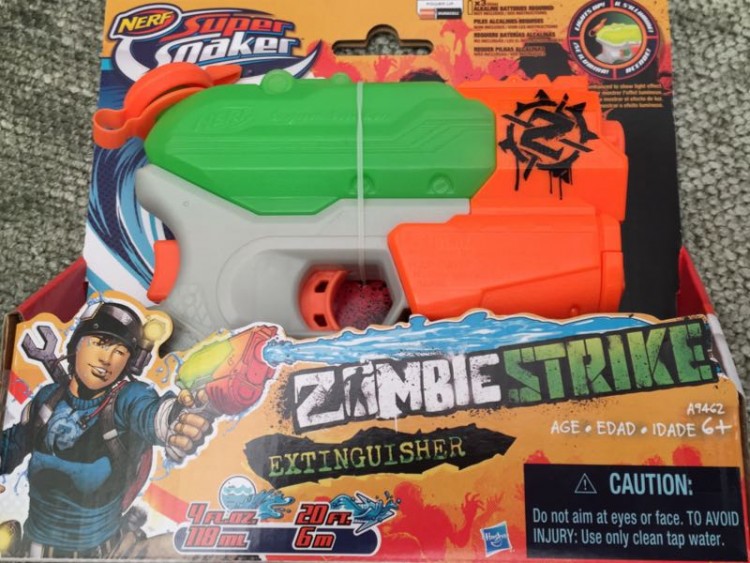 The name may be a mouthful but this new water gun gets the job done and combines two popular Nerf lines in one toy as Super Soaker joins forces with Zombie Strike. The single stream water pistol features a green glow with the activation of the light trigger on the rear of the grip. The water reservoir illuminates green when pressed to give a unique, eerie glow after the sun goes down and the “zombies” come out. 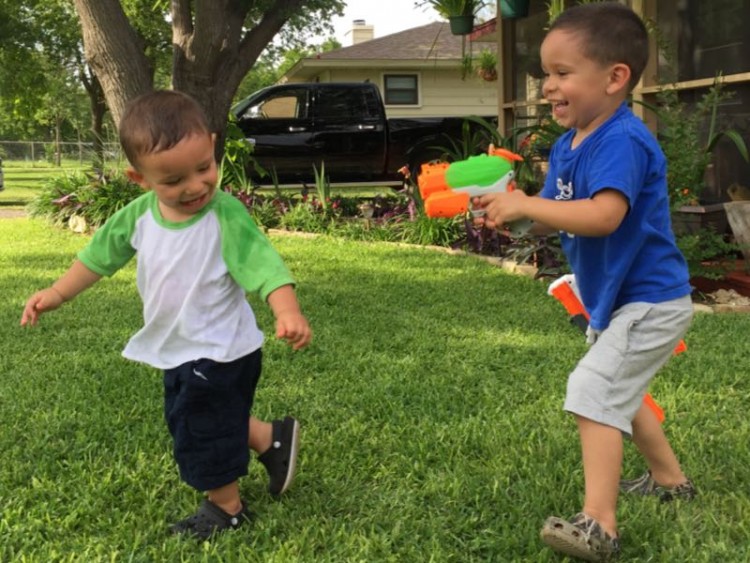 The Extinguisher Blaster gun holds up to 4 fl. oz. of water and shoots a stream up to 20 feet. This new water gun sells for $9.99, approx. retail. 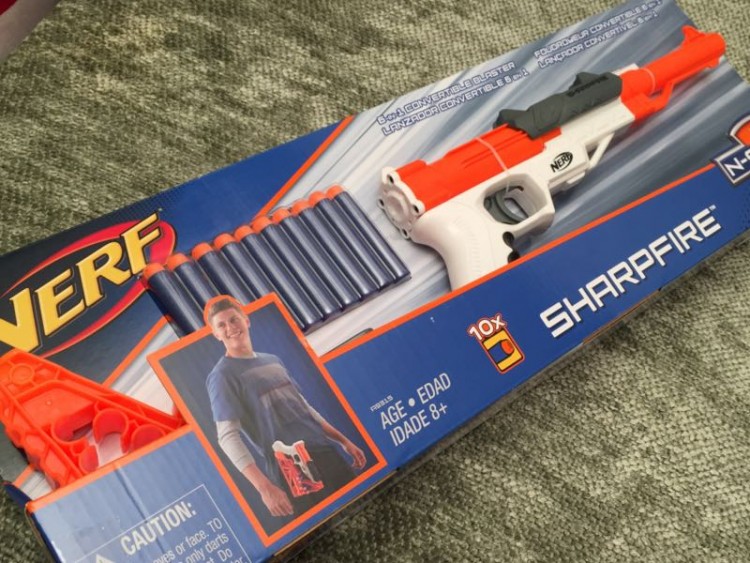 The Nerf N-Strike Sharpfire Blaster is for the special ops sniper in all of us. It features a removable shoulder stock that holds up to six foam darts. The single shot gun offers six configurations for use and the shoulder stock doubles as a holster. The barrel extension can be removed for close quarters activity and the spring-loaded action will send the foam darts flying over 20 feet. The package includes 10 darts along with the gun, shoulder stock, and barrel extension. It sells for $14.99, approx. retail. 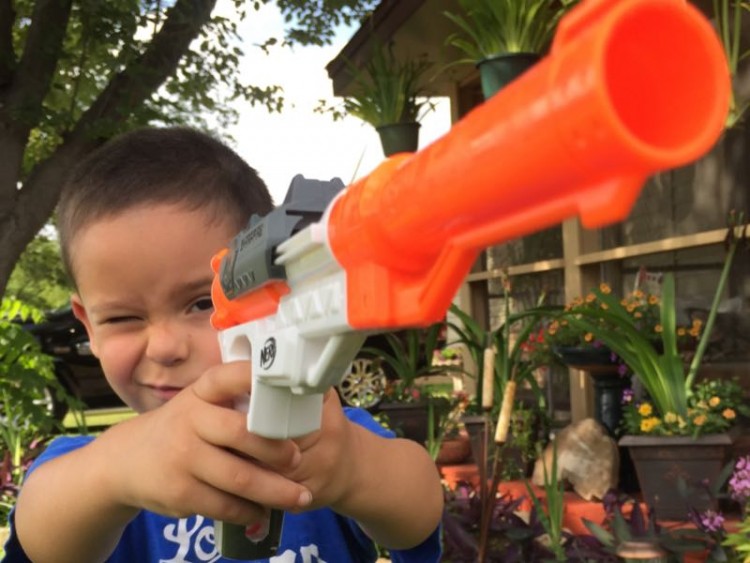 Enough said, let’s get out and have some fun. Although the age recommendation for these products is generally 6+ I enlisted the help of our two grandsons, the older of which (almost 4 now) quickly adapted to each toy’s abilities and features. And boy did he have fun killing zombies and soaking his grandparents and little brother. Getting him to strike the “Heisman” pose with the football didn’t go quite as hoped but he did enjoy tossing that around the yard and doing his best touchdown dance. 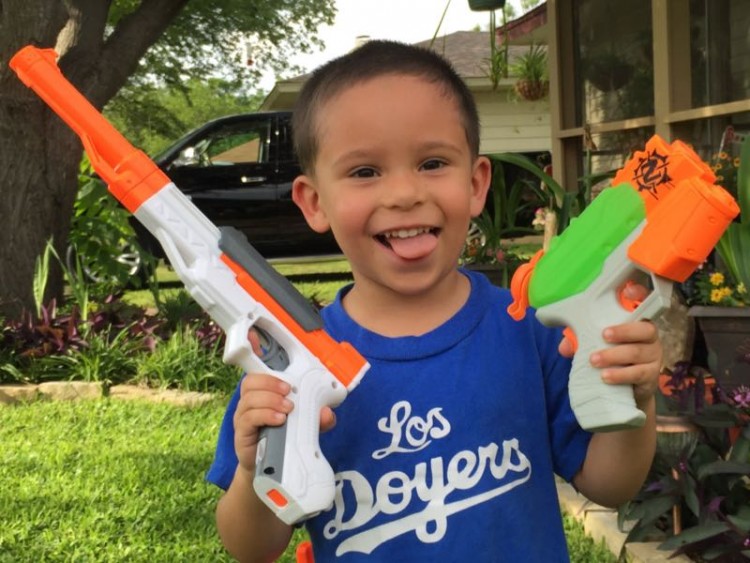 The Nerf product that really got his attention was the N-Strike Sharpfire Blaster. I think we have a sharpshooter in the family as he quickly developed a perfect stance and gazed down the sights atop the barrel. Special Forces, I think, we have a new recruit for ya. We had a blast testing the Nerf gear and as expected it was heck getting the stuff back out of the hands of the grandsons. It’s not that they don’t have other toys to play with around here but I quickly learned that for these little boys (and many others this summer including me) it’s “Nerf or Nothin’.” 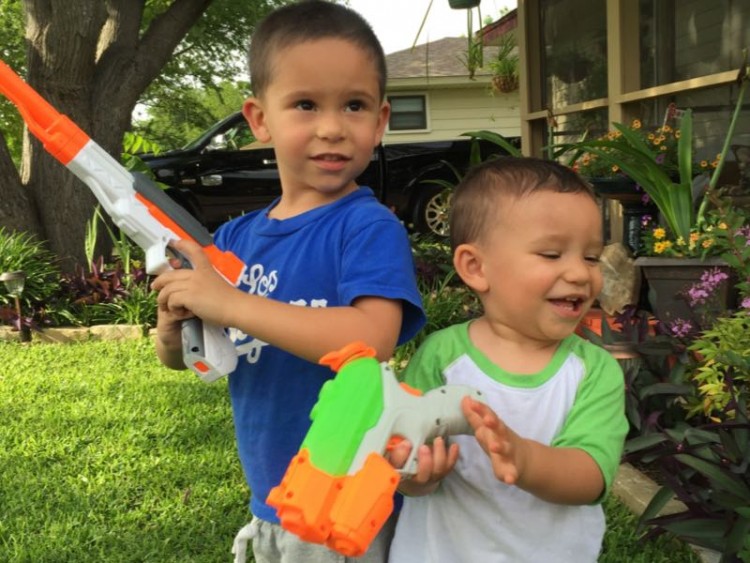 Review samples provided by Nerf. More information and links to retail outlets including the online Hasbro Toy Store can be found at https://nerf.hasbro.com/en-us. 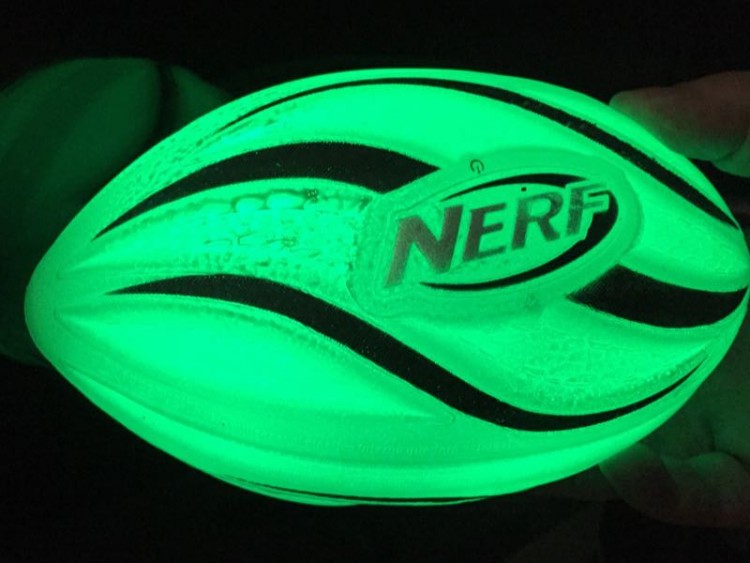