Posted By: Greg Alston June 23, 2015
ShareTweet
Leading motor company Ford Motors, ahead of their 5th annual trend conference, Further with Ford, has announced  a handful of the first apps to be compatible with AppLink for SYNC 3, their latest update to their platform.
Featuring top App Store apps like Accuweather, iHeartAuto, Pandora, Glympse, Radio Disney and my personal favorite, Spotify, AppLink has gone through some major changes since it first launched back in 2010. SYNC 3’s newest update focuses on making the user’s experience faster and more responsive. Being able to discover your third-party apps and acknowledge their information, with things like their graphics and branding on the touch display in your vehicle. 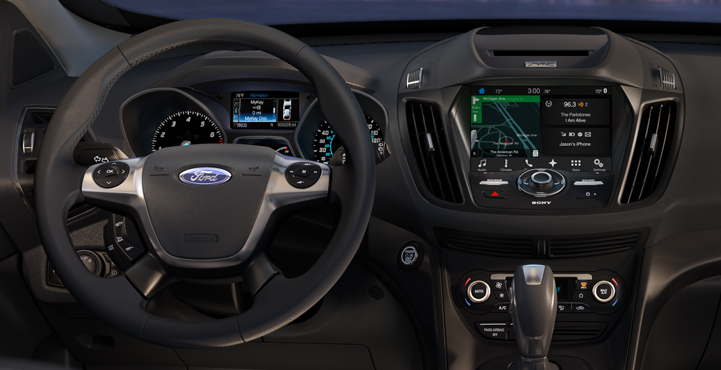 Highlighting the bulk of these new features that come with the SYNC 3 at Further with Ford this week in the Bay area, several of the app partners will be on-hand to give demonstrations about how their respective apps will play nice with the new system.
I’m excited to hear about Spotify! With over 30 million songs easily accessible, it’s hands down better than the competition out there. And now with Ford and Lincoln vehicles that are equipped with SYNC 3 in town, using Ford AppLink, both premium and free members can choose that “hitting the beach” playlist across multiple devices, as well as save tracks to your music collection, all without using your hands.
Other apps like Pandora do similar things, like examining your listening habits and letting you customize that track you like versus the one you’re tired of hearing off but thumbing up and down directly on your dashboard. Cool right? There’s more.
There are some of you out there that like everyone to know your location. Glympse, one of the pioneer’s in location sharing provides everything you’d expect from their apps all in your Ford vehicle. Simply asking a question like “where are you?” will result in sharing your current location or estimated arrival, which is perfect for that parent expecting their newly driving teen home at a certain hour. 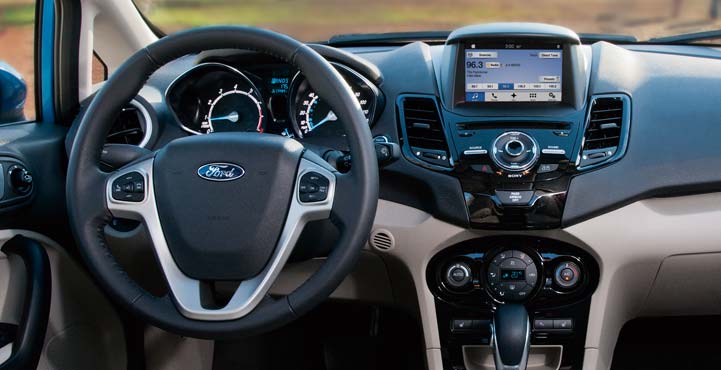 Debuting this summer in North America on the 2016 Ford Escape and Fiesta, the first three apps taking advantage of this great opportunity are of course: Spotify, Pandora and Glympse, with additional AppLink-enabled apps to roll out as SYNC 3 becomes available. I’ve already noticed that Accuweather is currently updated as of today to be compatible!

Are you a Ford driver? Are you excited about the new SYNC 3? Let us know in the comments.