A few months ago I reviewed the Nomad USB Hub (which I still use every day), and now Nomad has upped their game by releasing the Nomad Wireless Hub. It’s similar in appearance to the USB Hub, yet the Nomad Wireless Hub is even more powerful and, for those of us with wirelessly charging devices, more convenient.

One of the things I enjoy most about my Samsung Galaxy Note8 and my iPhone X is that they can both wirelessly charge. The convenience of placing a phone on a charging pad versus having to plug it into a cable may seem small, but there’s more to it than that. When you regularly go between the use of two otherwise completely different mobile devices, it’s the difference between having to keep separate cords always available or simply laying my phone down to charge without a second thought.

So let’s take a look at the Nomad Wireless Hub. It’s available today for $79.95, and after using it for a week while at CES (where it came in quite handy) … 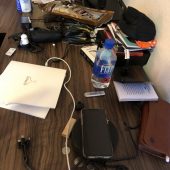 Can you spot the Nomad Wireless Hub in all the CES detritus? 😉 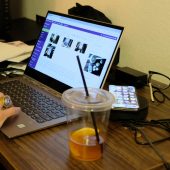 … it now sits in a convenient spot on my desk at home. 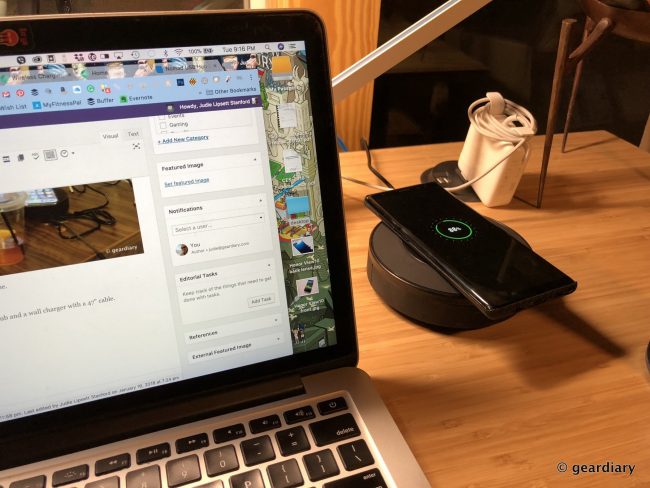 Included in the box are the Nomad Wireless hub and a wall charger with a 47″ cable. 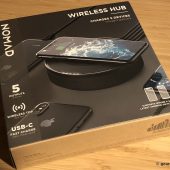 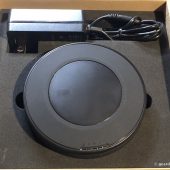 The Nomad Wireless Hub is available in one color — black. It measures 5″ across and is 1.5″ thick. It has a weighted base so it won’t slide, and while the main portion of the body is composed of what feels like plastic, it has a grippy rubber coating on the sides and around the metal charging pad in the center top.

Because the Nomad Wireless Hub can charge up to 5 devices, there are five LEDs on the front. 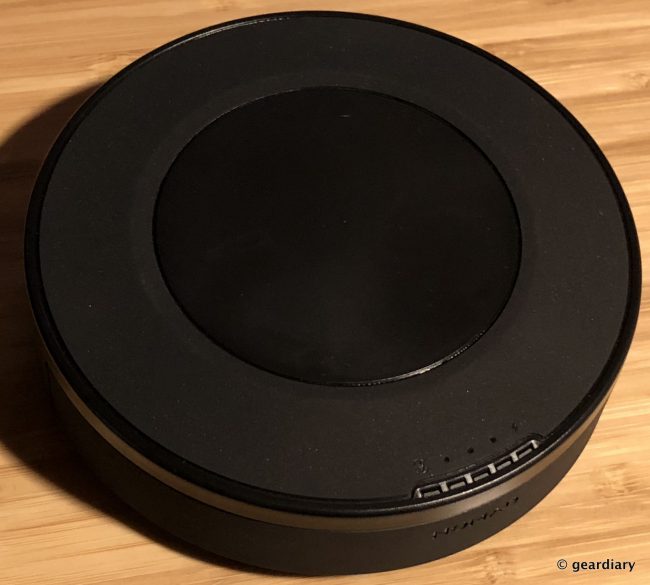 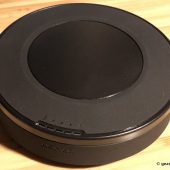 The front of the Wireless Hub 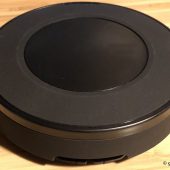 The back of the Wireless Hub

When a cable that is plugged into the hub is actively engaged in charging a device, its corresponding LED will glow red; when the device has finished charging, the LED will glow white. 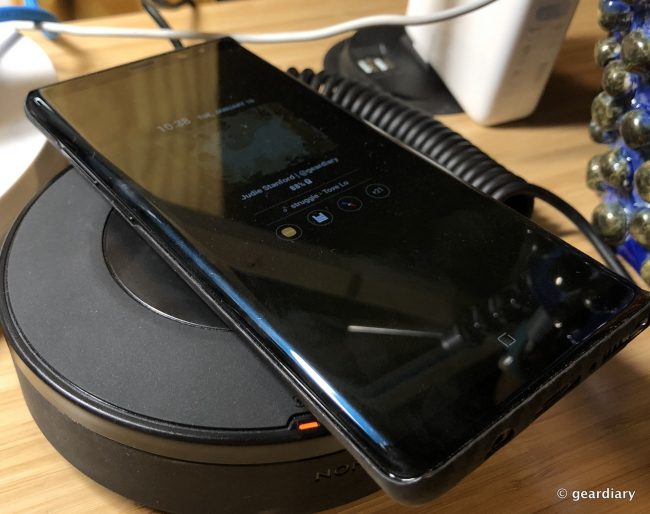 If you keep the hub in your bedroom, you’ll especially like this feature …

The top is (obviously) the part you see, but there’s a lot going on underneath. When you flip the Nomad Wireless Hub over, you’ll see four charging slots and the DC-in charging port. From left to right, the charging ports include two USB-A with 1A output, one USB-A with 2.1A output, and one Type-C with 3A output. The wireless pad on top has a max 7.5W output. 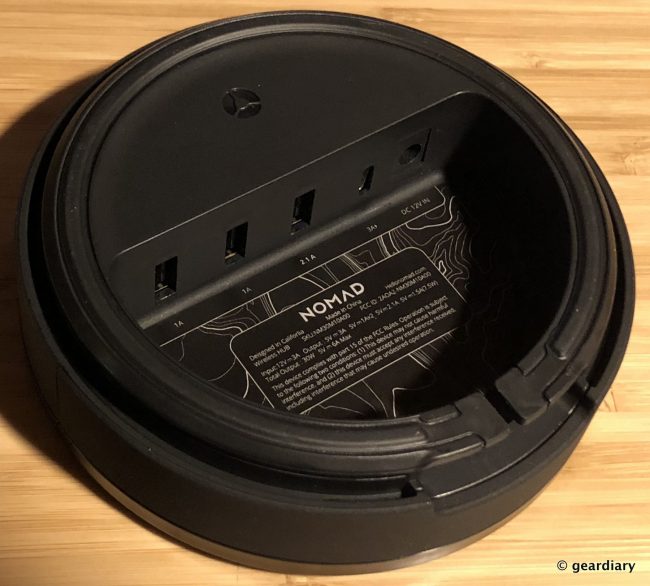