I’ve been testing an email management tool from SaneBox for part of the past week. Although a portion of this duplicates functionality present in the Gmail Default Inbox, I found some good parts to the service, particularly the SaneTomorrow and SaneBlackHole. However there are enough hidden “gotchas” that I won’t be subscribing. Here are my observations about the SaneBox service. 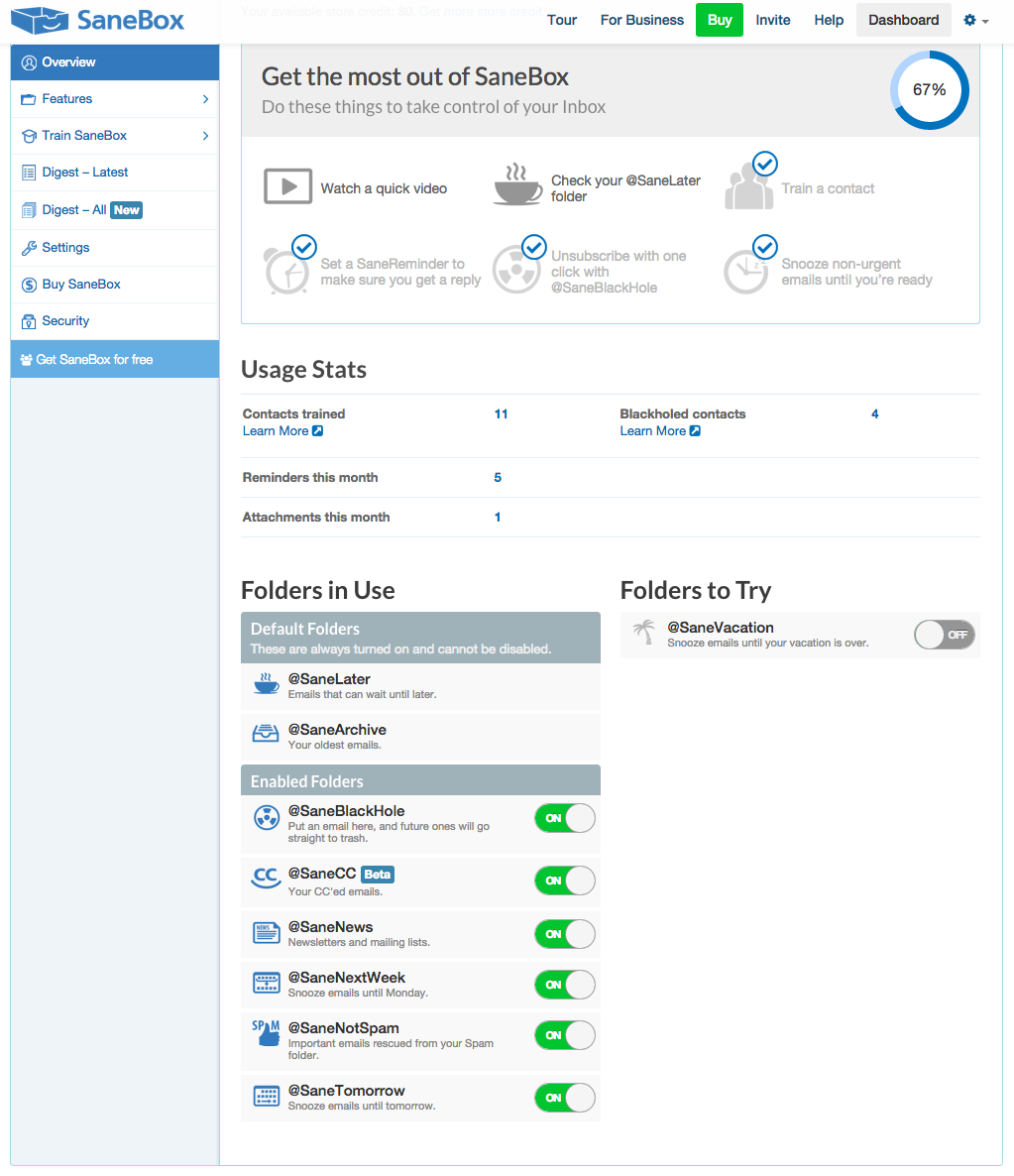 SaneBox works by connecting to your email (it supports Gmail and just about every other type of email – excluding POP – but includes Office 365 and Exchange) and analyzing the incoming mail while also separating it out to folders.

The service offers a 14 day free trial and you should put it through its paces to see how it fits your usage pattern.

Once connected SaneBox prioritizes your emails by moving those deemed less important out into folders labeled SaneLater or SaneArchive. Additional folders can be enabled depending upon your subscription plan which allow you to “snooze” an email so that it will come back to you after a pre-set period of time if not responded to before then.

These folders may be particularly useful for organizing mail using third-party email tools. However I found the folders cumbersome while on mobile-especially with multiple email accounts-where I found myself constantly swiping into and out of folders.

When organizing email via the Gmail web interface or the official Gmail apps (Android or iOS) I found the folders got in the way more than they organize.