A good charging cable is so hard to find. Luckily when I opened up my mailbox earlier this month I was able to find myself a review sample of a lightning cable for Apple products that I needed THAT day due to (another) cable failing me.

I think I go through periods where my cables either go missing (or friends come over and mysteriously leave with them) and I need to replace them. So when I saw Scosche sent me one of their FlatOUT LED lightning cables, a couple of things surprised me.

For one, the cable I received wasn’t a standard black or white, but pink. Now now, before you think I’m some over thinker, I will say I was actually HAPPY to receive a product that wasn’t in your standard old colors. And back from when I had Android products, or Playstation controllers, I have a good 30+ USB chargers that I possibly could throw out, but I’m lazy, and I don’t. Plus, I’ll need them one day to charge a friend’s Android device when they come over. 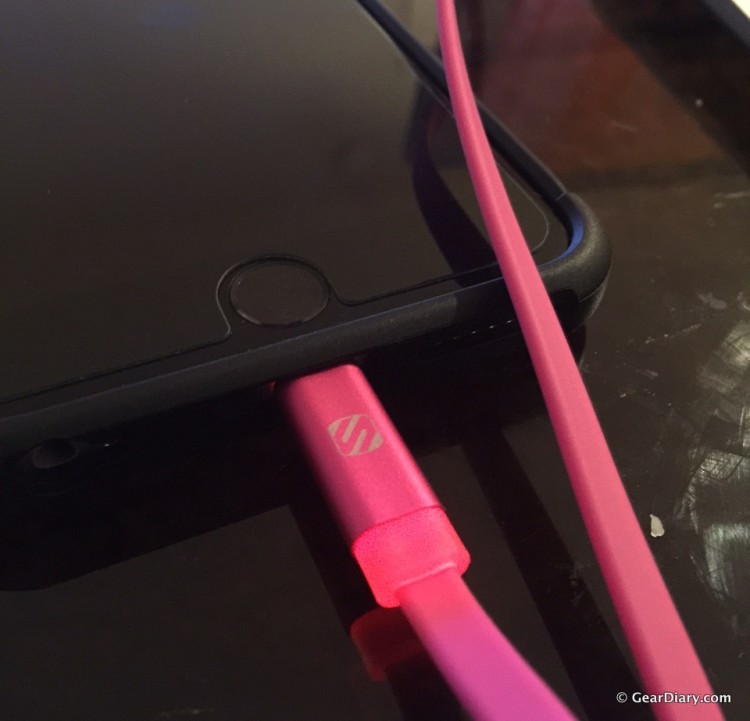 But that’s neither here nor there. The FlatOUT LED is just like it states. It’s flat. Which if you’ve used flat cables such as Beats or any other third-party cable you know these type of cables do not tangle. Plus for me! If only everyone else employed these simple things, I would love them more. But until then, it’s me and my pretty bad ass pink cable until the end (or someone steals it). 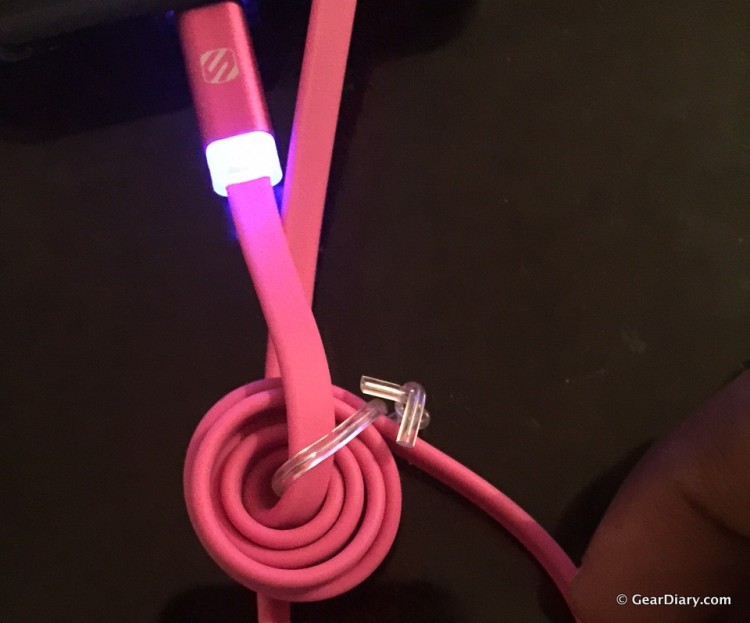 There’s an LED indicator on the cord right underneath the lightning port that shows you it’s charging status. So in a nutshell when it’s charging, the cable indicator shows a RED color. When it’s complete, it changes to blue. This here easily makes the cable a favorite for me. Instead of having to turn on my phone to see if it’s reached 100, I can simply look down, and if my hot pink three-foot cord isn’t blue at the end, it’s not ready. 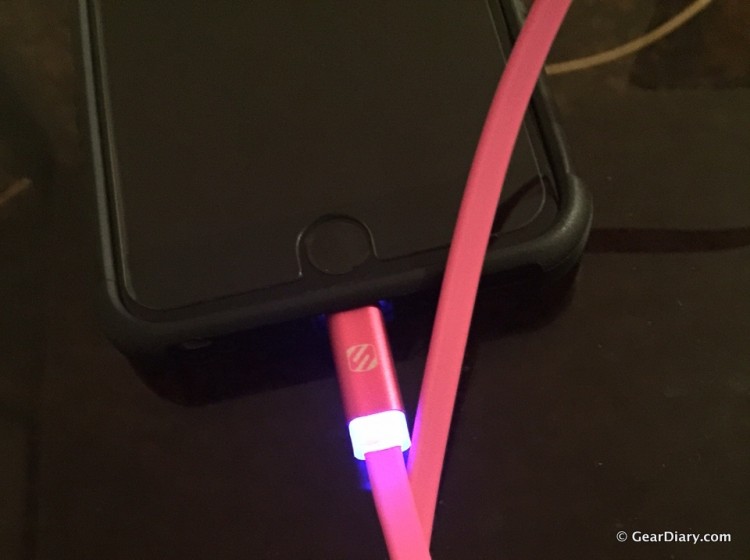 Added bonus is the fact that the three-foot cable has some casings that won’t fray (take that Apple) and come equipped with a three-year standard warranty in case you are hard on your cords (again, Apple). 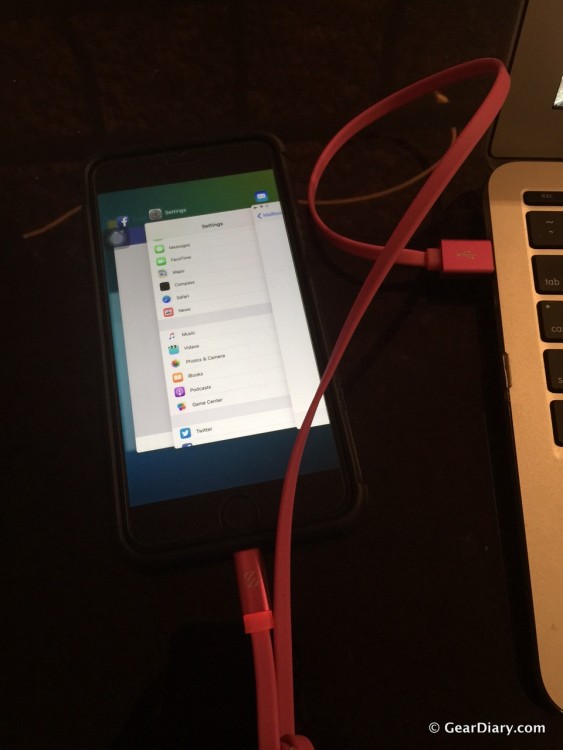 Now all of this, you’re probably asking what’s the price right? It’s only $20. It’s in line with most cords, but does way way more, and won’t get tangled up in your bag when you toss it in. Win win? Absolutely. Head over to Scosche today and get one.

What I Like: Color indicators make it simple to read a full charge