Polar is well-known for being the gold standard in athletic heart rate monitors, and in the last few years they’ve expanded into activity trackers as well. Their first pure activity tracker, the Polar Loop, was well received, and now they’re building on that with the Polar Loop 2, adding new colors and smart notifications to the mix. 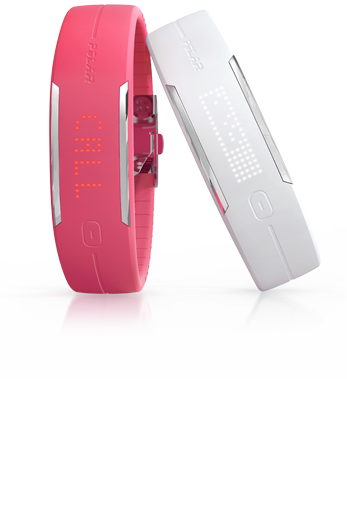 The Polar Loop 2, like it’s predecessor, is waterproof, pairs with a Polar Bluetooth heart rate chest strap, and syncs to the Polar Flow ecosystem. Polar Flow, by the way, works with MyFitnessPal, Apple Health, and Google Fit, so if you have a different health app you prefer, you can still use a Polar Loop as part of that service.

While Polar is well-known in athletic circles, they don’t seem to have the mainstream appeal of Fitbit. One advantage Polar Loop 2 will have, however, is price. At $119.95 it’s marginally cheaper than a Fitbit Charge, and if you already have a chest strap then it’s significantly cheaper than the Charge HR. Likewise, the addition of an LCD screen makes it a little more useful than a Fitbit Flex at $99.99, so price and feature-wise, Polar has hit a sweet spot. Hopefully prospective buyers agree!

The new Polar Loop 2 comes in Powder White and Sorbet Pink this July, and will be available in Smoky Black this fall, all for $119.99 from Polar’s site.