One thing kept me up until the early hours of the morning: attempting to figure out exactly what was the issue is between my Apple Watch and my iPhone’s Activity app. I didn’t get answers, and Apple needs to give one.

So as background, I’ve been on a pretty consistent streak when it comes to working out. I’ve made all of my goals so far for the month of August, as motivation to myself. So on Wednesday afternoon I saw that I walked enough to burn 730 calories. Now being addicted to getting these Achievements in said Activities app, two of the biggest challenges I’ve had have been to get a move goal of 300% and 400%. With my calories goal set to 400 daily “CALS” to burn daily, it’s not as easy as you think when you’re not in the gym for 2 to 3 hours.

But yesterday it was 5:45pm and 82 degrees outside I figured what the hell? Let me burn, and off to the races I went. 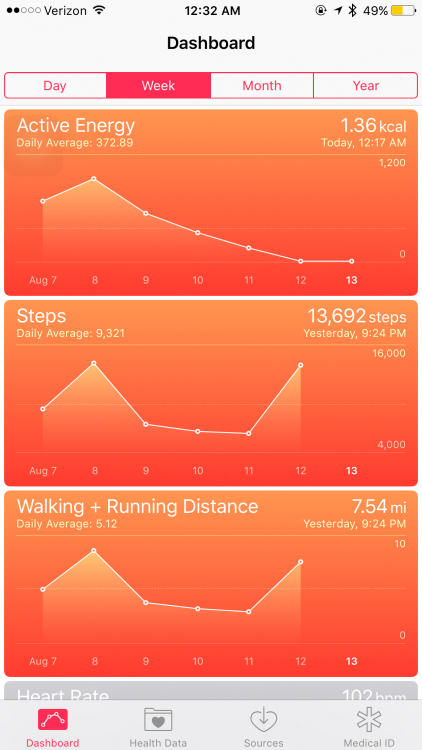 I ran outside for a good thirty minutes just to make sure my Apple Watch got better calibration, with my iPhone in my hand. As instructed by Apple. No worries. Then after that run I saw I had about 10,000 calories burned running a 7’54” mile. I put in WORK. But it wasn’t really enough to make the 1200 I needed to get that cute little “300%” trophy. Off to the treadmill I go. A good 25 (stop and go) minutes later, and a trip to the elliptical for 10 minutes, and I had reached 1200 calories! I was shocked. I screenshot my watch I was so excited. Texted my friends who joked that I went “Vegeta from Street Fighter” at the gym. I truly did, and not a single “f–k” was given. 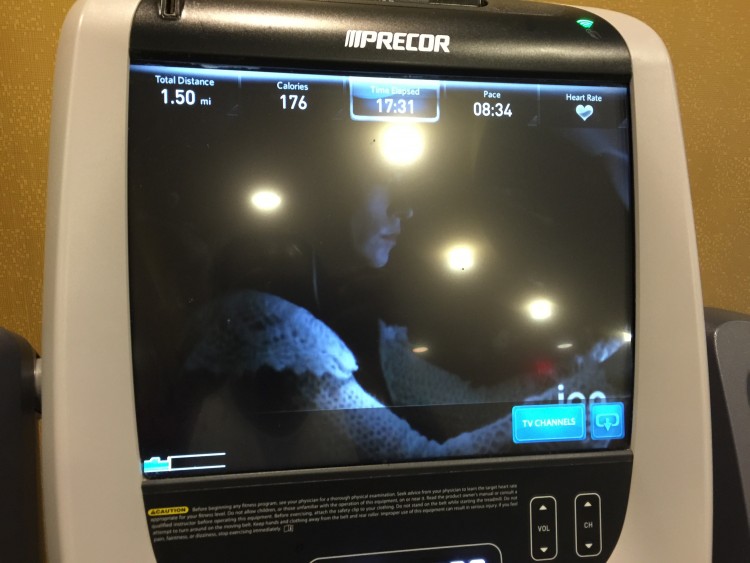 As I got back home however, I looked for said screenshot and couldn’t find it in ANY of my albums. Any. Of. Them. The hell? So I google searched. I went to Reddit. I went to Apple. I called Apple. None of these were even remotely helpful.

I did manage to find one link that seemed similar to my problem that said “you should unpair and repair your watch and all of your steps will be right there. Okay, cool. Why not. I did this. After 35 minutes of restoring (I have Fios Optimum and it took this long; a problem I’ll make sure I handle that later) I was staring at a watch that pretty much told me the following:

But, I just risked it all attempting to get an imaginary trophy! Frustrated, I went on Skyne… Er, Google, attempting to figure out why my “Apple Watch Activity did not restore”.

Lost all my Apple Watch Activity history after broken iPhone

Our friends at MacRumors: Troubleshoot Issues on Apple Watch by Backing Up and Restoring

After finding people with the same issue, and a lot of half-ass answers such as the following:

If you unpair your watch, it creates a backup on your iPhone. Then when you pair it again with the same phone, it gives the choice of restoring from this backup. Don’t know if your watch backup is also stored in iCloud, so if you wipe and restore your phone you may lose your watch backup.

Then after digging DEEPER, there was this.

A backup on iPhone will let you restore your Apple Watch to your old settings and fitness data the next time you pair your wearable with iPhone. Just choose ‘Restore From Backup’ while pairing. –

The Apple Watch Backup Includes General system settings, such as: your watch face, saved Wi-Fi networks, screen brightness, sound, and haptic feedback settings. Language & Time Zone. Settings for Mail, Calendar, Apple Stock, and Weather. App-specific settings, such as Maps, distance, and units. Health and Fitness data, such as history, achievements, and user-entered data like height, weight and BMI. iPhone apps that you installed on your Apple Watch. The Backup Will Not Include Calibration data from your Apple Watch. Playlists synced to your Apple Watch. Credit or debit cards used for Apple Pay. Passcode of your Apple Watch. 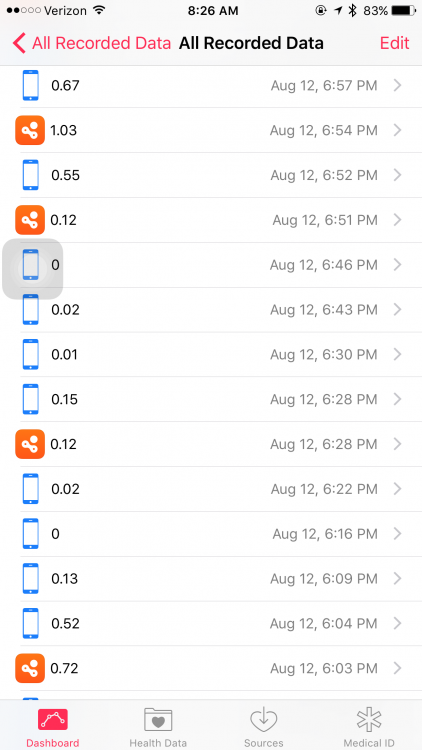 Notice there are NO “Apple Watch” settings logged in.

Right now not only is my Apple Watch missing Wednesday’s workout, but Tuesday’s as well, and then… Then, half of Monday’s: 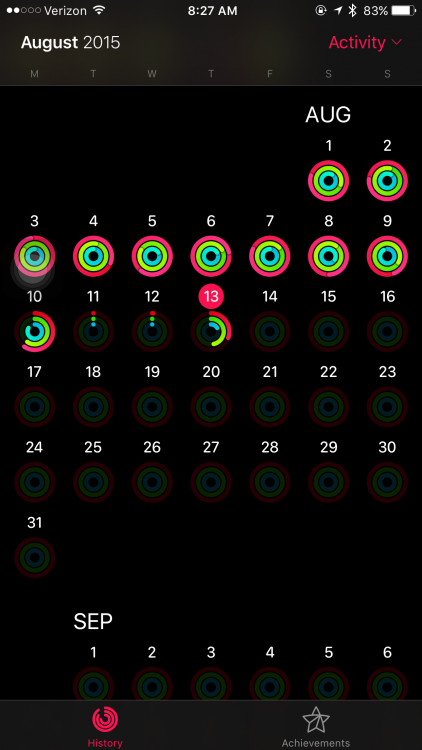 The conflict comes from other apps that get information from my Apple Watch, such as Apple’s own Health App (granted these are from my iPhone and what they calibrate, not my Apple Watch which seems to not have anything for those days,even though I run with both: 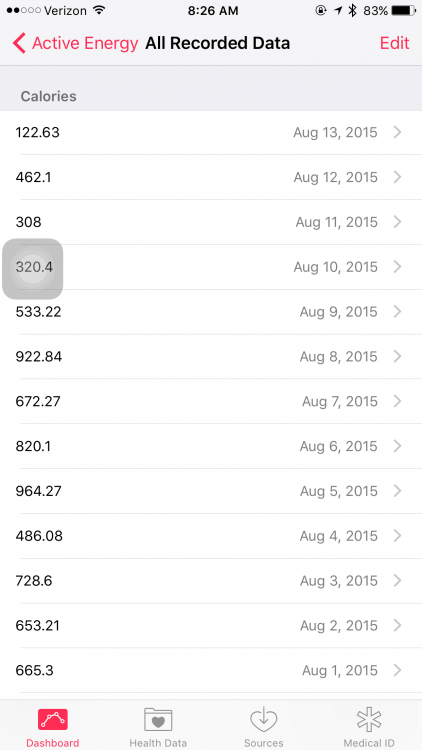 As well as the HUMAN app. 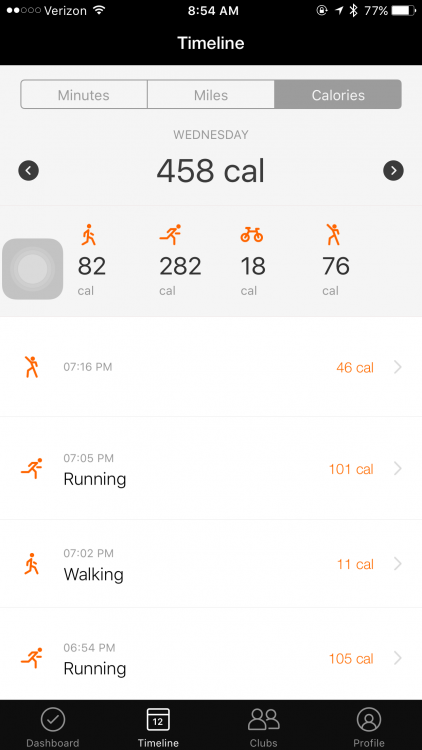 The Human app interacts directly with my Apple Watch and reports back to my iPhone.

And the craziest thing about it, it’s more consistent. An app. 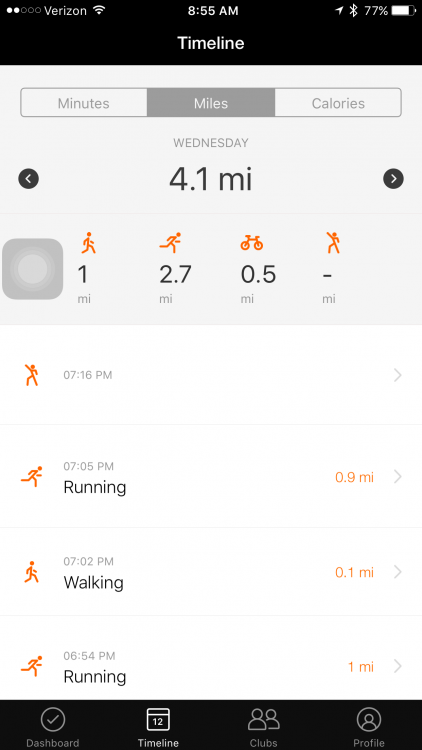 Apple, I want to achieve all these goals so I can quit you and just go back to RunKeeper and brag to my friends how fast I got things accomplished. But to be honest, I was on a streak. A streak. And now I have to go and wait until September to at least get the “move goal” for thirty straight days.

This issue needs to be fixed, before the inconsistencies cause people to not use Apple’s own integration to its (very beta) Activity & Apple Watch items.

Have you had the same thing happen to you?