Google was quite busy today, announcing two new Nexus phones, previewing a new Pixel C tablet, revealing a new Chromecast and a Chromecast Audio, plus several software updates! All good stuff, so let’s jump right in with a quick rundown…try to keep your wallet closed until the end!

Google has two new Nexus phones coming out, the Nexus 5X and the Nexus 6P. The 6P is the flagship of the two, with a metal body, 5.7in screen, 3GB of RAM, and offered in 32/64/128GB increments. There’s also front facing stereo speakers, a fingerprint sensor on the back, and has USB C as the charging connector (so the connector is reversible, similar to Apple’s Lightning connector). Best of all, it starts at $499 for 32GB, though Google will only be selling it online for now. Still, that’s a great starting price for a high end phone!

If you’re looking for something more compact, and/or wallet friendly, Google announced the Nexus 5X. It will be slightly stepped down in features, with only 2GB of RAM and only available in 16GB and 32GB storage configurations. On the upside, it too has USB C, as well as the fingerprint sensor on the back. But the real showstopper is the price-it starts at $379, which is quite cheap for stock Android on a brand new Nexus device. (Also, it comes in an awesome blue color).

Unfortunately, neither phone has a microSD slot, so you’re stuck with onboard storage and whatever you can offload to the cloud. Google is also trying to compete with Applecare, offering an extended warranty and two years of accident protection for $69 for the 5X and $89 for the 6P. Both are available for preorder now and shipping in October. 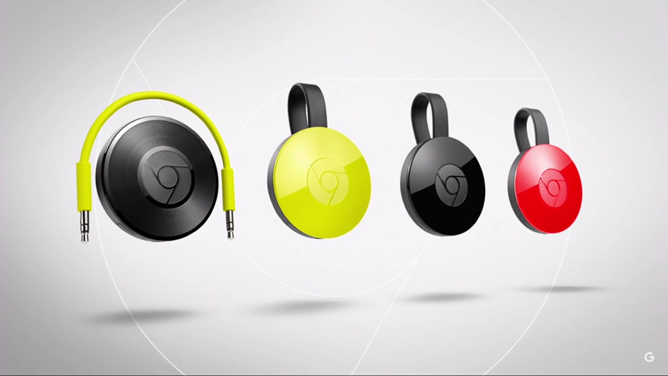 There’s a new Chromecast, with improved wifi antennas and a redesigned look. It also comes in multiple colors, in case you want to add a bit of pop to the back of your TV. Google also announced a slew of updates to the Chromecast functionality, including offering up suggestions on what to watch and support for apps to have videos queued up to play faster. In addition, Chromecast is picking up gaming features, where you can “cast” a game to your TV and use your phone as the controller (instead of just mirroring). And if you’re SONOS, you might be slightly worried, because Google also announced a dongle called Chromecast Audio, which can wifi-stream music (and can be paired up with other Chromecast Audios for multi-room support). Both are only $35, putting them close to impulse territory with a ton of functionality. They’re available now, so hit the Google store! 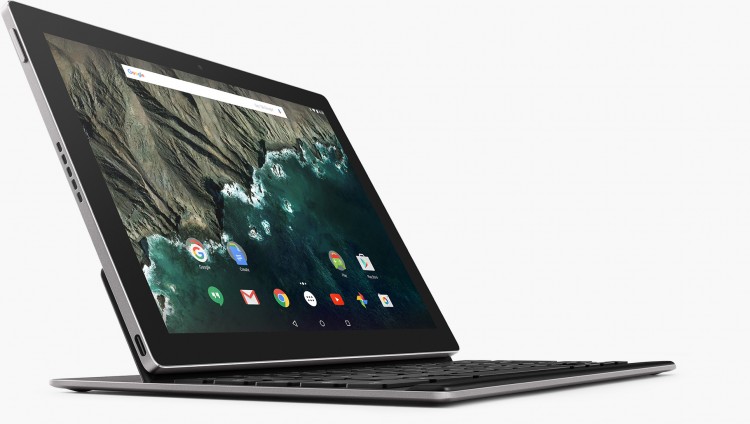 Apparently everyone loves the idea of a tablet with a companion keyboard these days! Google’s offering is a 10in tablet running Android that has a Bluetooth keyboard companion. The keyboard can charge inductively off the tablet, so you don’t need a second charger, and it can magnetically stick to the back of the tablet as well to stay out of the way. Instead of a kickstand, the tablet cradle has adjustable angles, but basically it’s the Google version of the Surface or iPad Pro, with a slightly smaller screen. Pricing is quite attractive here as well, at only $499 for the Pixel C and and $150 for the keyboard. The official release is TBD, but hopefully this fall!

That sums up the bulk of Google’s event today. They’ve been busy, and if the real life experience matches the specifications for these devices, I think it’s going to be a very Google-y holiday season!