I spend a lot of time in the woods chasing white tail deer this time of year. My phone is an important tool while hunting. Be it entertainment, photos, video and hunting apps; it’s always in use. Scosche has released a Realtree collection perfect for my hunts. The goBAT 6000 ($69.99) and flatOUT LED ($19.99) iPhone cable keep me charged.

As stated previously, even though I spend long periods of time in the woods hunting, my iPhone has become an important tool in the field. Of course it helps pass the slow times with some entertainment, but I also use it for many photos and videos as well as keeping in touch with hunting buddies and their adventures. I use several apps that help me keep field notes and give up to date weather, wind and solunar data that are important when hunting. After a few hours in the woods, my phone battery takes a huge hit. This season I have added the goBAT 6000 ($69.95) battery pack along with the flatOUT LED ($19.99) iPhone cable to keep me charged. Both products are rugged and sport Realtree Camo and hunter orange colors. 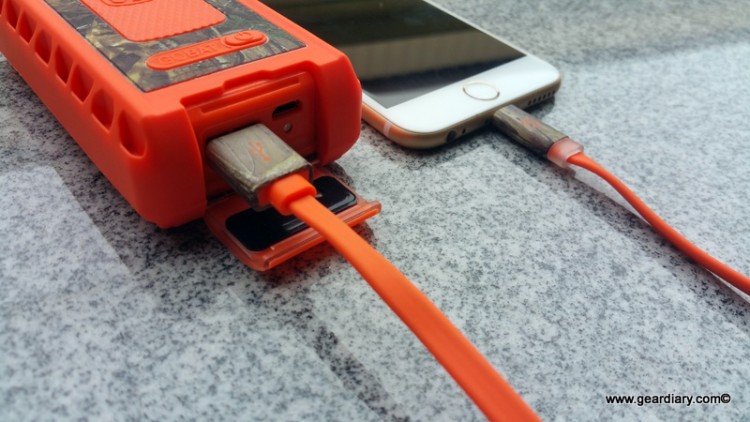 The goBAT 6000 is a 6000 mAh battery capable of charging smartphones up to three times. It is designed for the outdoors by being IP68 waterproof/dust proof up to 3 meters and Military Spec 810G Drop/Shock construction. 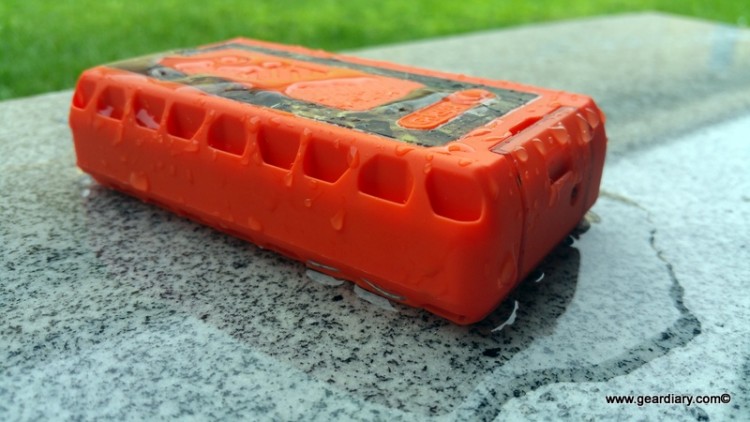 The battery sports and attractive hunter orange color with Realtree Camo highlights. This color should make it easy to find if the battery is ever dropped in the field or falls from a tree stand. Speaking of dropping from a tree stand. This thing is rugged. The construction gives me confidence that I really cannot destroy the product and it can handle any punishment I throw at it. 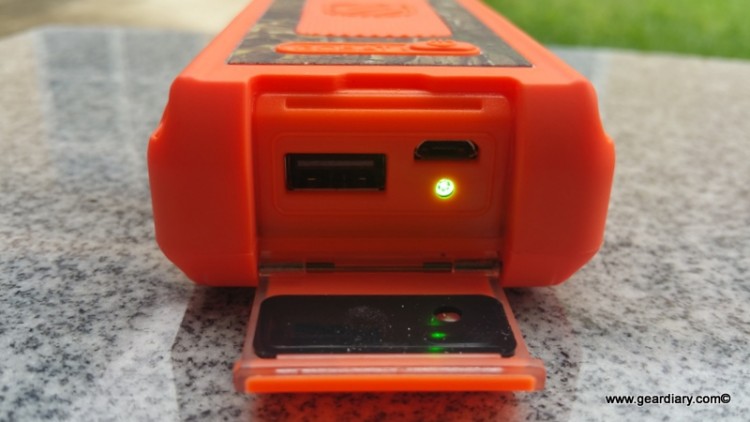 The goBAT 6000 sports one 2.4A Perfect Charge USB port which detects the fastest charge speed for your device. Next to the charge port is a multi-colored LED indicating battery levels. All of this is hidden behind a dust and moisture blocking door. The top of the battery includes a metal alloy loop and Carabiner to easily attach the battery to a backpack or other gear. This is one rugged and attractive external battery pack! 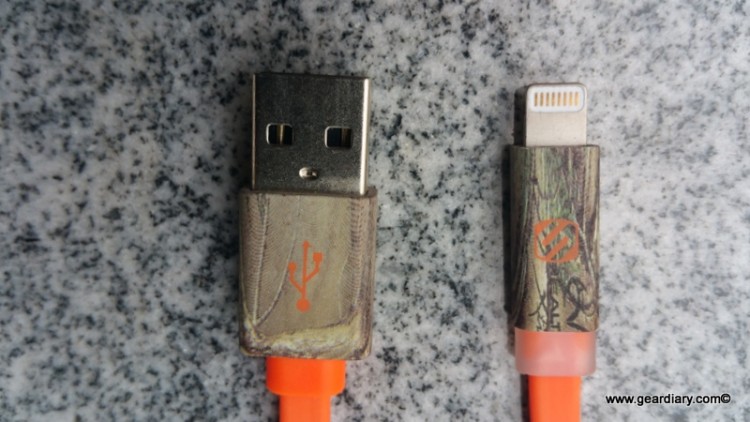 The flatOUT LED comes compatible for Lightning devices as well as micro-USB. The three-foot charge/sync cable is a flat cable with Realtree camo ends. I love the flat design as it prevents a lot of tangling issues that are common with the usual round cables. 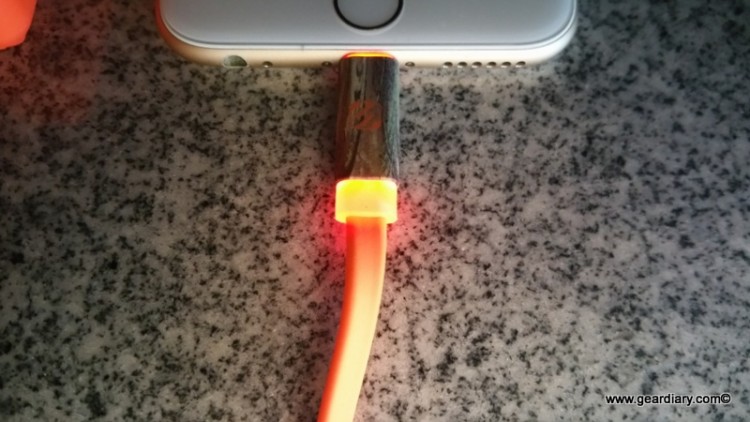 The LED charging indicator lets users know when their device is fully charged. The light will pulse red when charging then change to solid blue when fully charged. 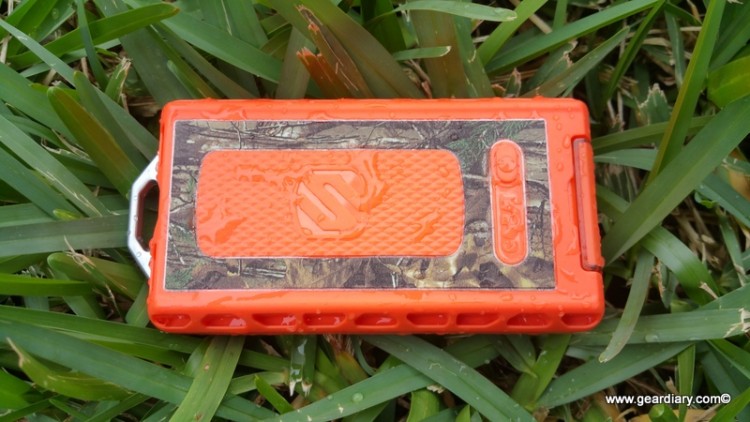 After using the goBAT 6000 and flatOUT LED combination in the field for several hunts, I have to say this will be my go to charging option going forward. Both products are well made and quite rugged. Not only can I charge my phone while in the outdoors, but I also have peace of mind that the weather conditions or a drop will not harm the battery pack. The color scheme and camo accents make them easy to find if dropped in the field and will match most hunting gear. This combo has been with me in both warm and cold weather as well as dry, dusty conditions and damp, dreary days. If you hunt, camp, climb, hike or just need a rugged external charging combination, I highly recommend the goBat 6000 and flatOUT LED from Scosche.

What I like: I love the rugged construction of both products and the availability to take them hunting with no worries of ruining them

What can be improved: I actually like this combination as is