It’s winter, and you know that means one thing: Snow is bound to happen any day now. Why not weatherproof your fancy new Apple Watch with the Catalyst Case for Apple’s gadget for your wrist? Luckily for me, Catalyst sent me over a model for my Apple Watch 42mm and I love it! 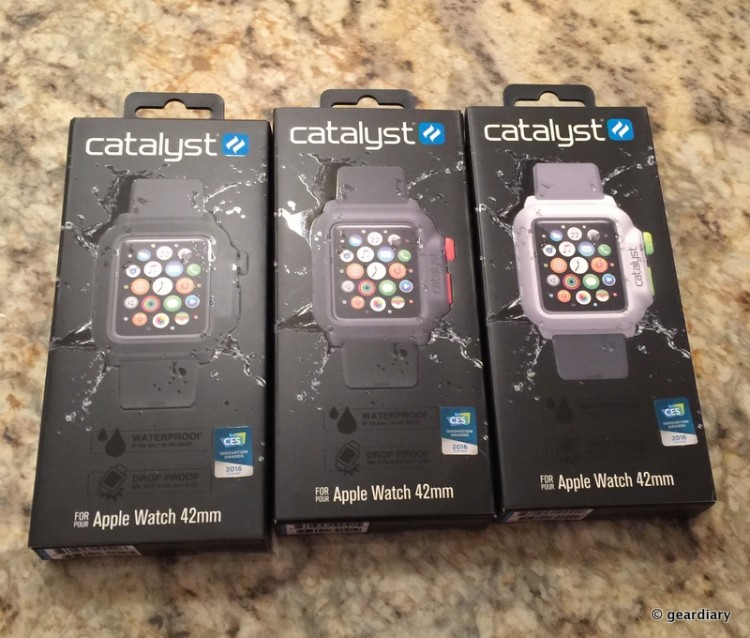 Now before I get into it, I know it might sound ridiculous. Who would possibly want a “waterproof” case for their Apple Watch. And I’ll say this. Everyone wonders why they need things, until they are put in a situation in which they need them. Anyone and everyone knows that none of Apple’s products, from their watches to their phones are waterproof (as of yet), and unless you went out of your way to purchase Apple Care, especially for your Watch, there’s nothing worse than being in the midst of cooking a meal, or just simply rinsing your hands and being terrified of getting your wristwatch wet. Catalyst is looking out for you.

The Catalyst Case for Apple Watches is the World’s FIRST case for the Watch and it promises not only to protect your watch from accidental spills, but now you can FULLY immerse it. So take it for a swim! Take it in the shower! Washing dishes? No problem! But it’s not only the only Apple Watch accessory that exceeds IP68 standards, and can go up to 16 feet in depth while swimming according to Catalyst, but it meets MIL SPEC’s standards for drop protection, so if you somehow take a tumble, your Apple Watch will still be protected. 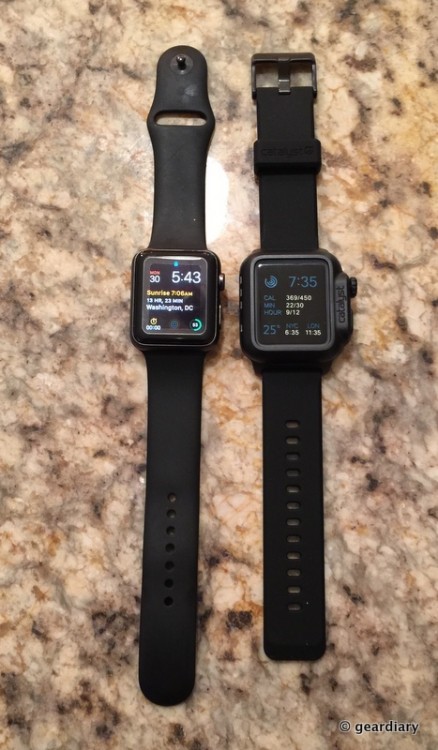 After opening the package the Catalyst Case you are presented with looks like a completely separate Apple Watch, including a makeshift Apple Watch lookalike, a clear silicone housing that your Apple Watch itself will go in, the Catalyst band and cover, and a mini screwdriver. 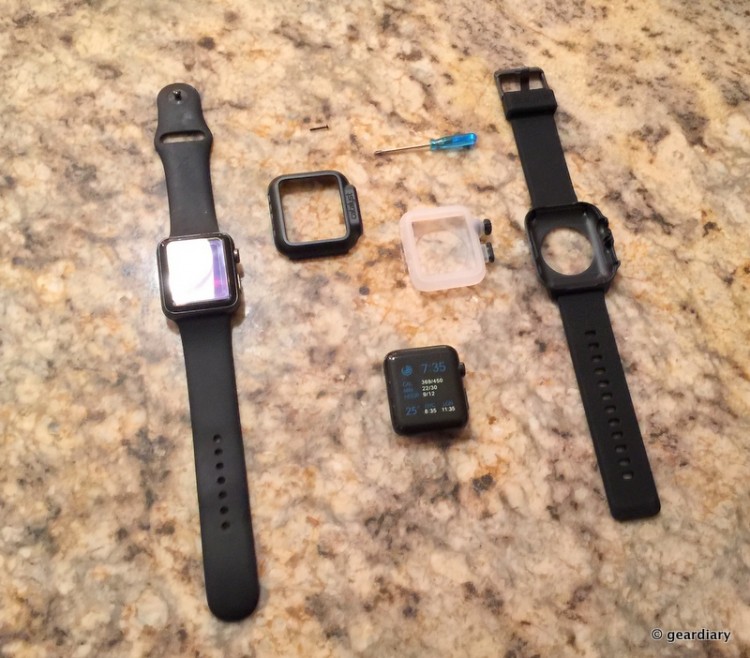 The instructions of installation are super simple as all you do is simply Unscrew the back of the Catalyst case which will still be attached, but with a firm push on the back of the Catalyst case the front cover will come off. Just as a suggestion, I would lay this on a flat surface, possibly with a towel in the event that the Apple Watch might fly out due to the force that you use. 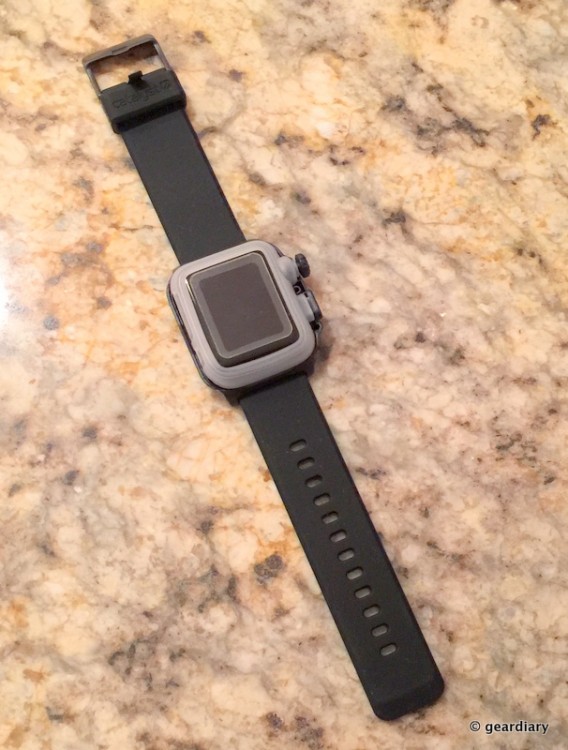 After you’ve inserted your own Apple Watch module into the clear silicone sleeve, which also covers the BACK of the device, you simply place that into the housing of the Catalyst, and seal it back up, remembering to place the screw BACK into the Catalyst. 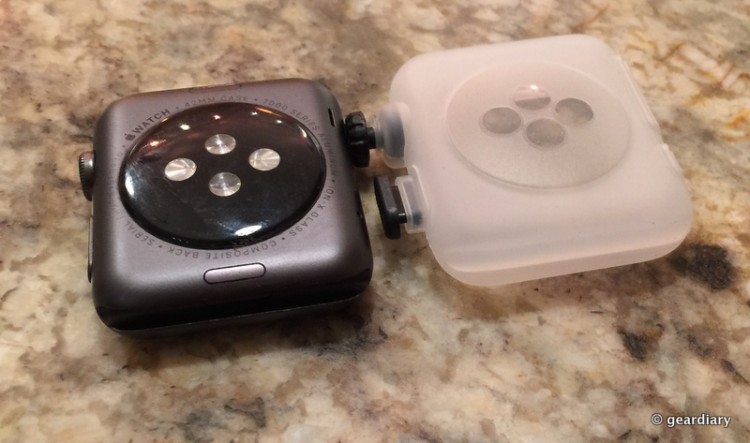 After you’ve done this: You’re Waterproof!!!

Now I will say that the Catalyst does add some additional wrist bulk to the Apple Watch, and one big thing for me is not being able to use my own Apple Watch bands. I personally love the Apple branded bands for the fact that they are made so the bottom of my wrist doesn’t seem elevated when on a countertop or while typing. The band on the Catalyst is pretty much like standard rubber bands on the market. While they are both equally comfortable, I like how Apple uses the method of tucking in the band, while Catalyst’s band on a smaller wrist will still leave some rubber hanging like traditional watches, with no option to hide the remaining band. 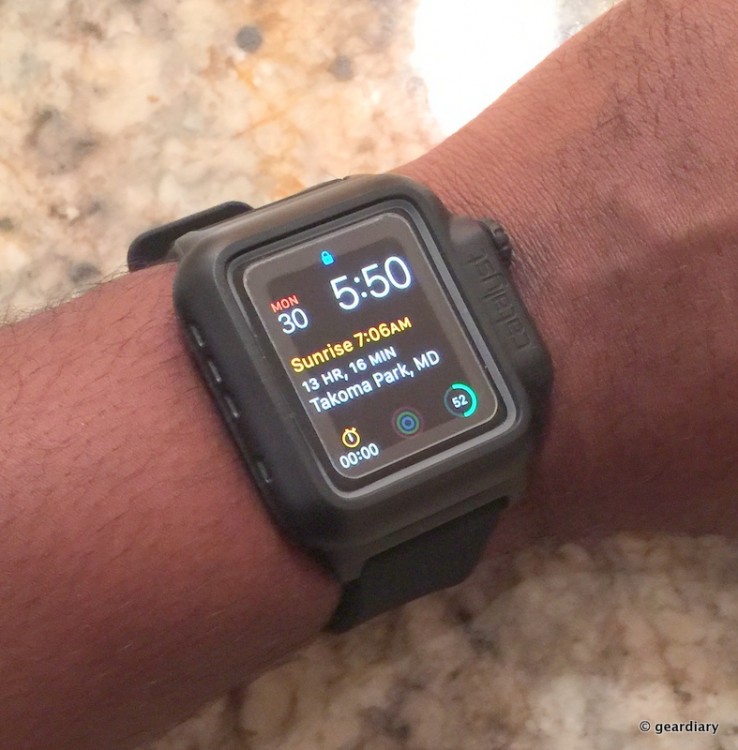 As it’s now winter I was not able to jump into the nearest pool to test out the depths that my watch could go, however I was able to test in not only a bowl of water submersing successfully for 15 minutes, but I was able to shower without a care in the world, and I actually prepared a full meal, in all of my messy preparation, and afterwards, I simply ran the watch under the water for a few seconds, and it kept ticking. With the screen fully exposed, it did leave space for my third-party glass screen protector, which I still advise using. I am glad Catalyst left enough space for this because even though like Apple iPhone Waterproof cases on the market, you can protect the phone’s ports and buttons, but the screen is where you do the most work. 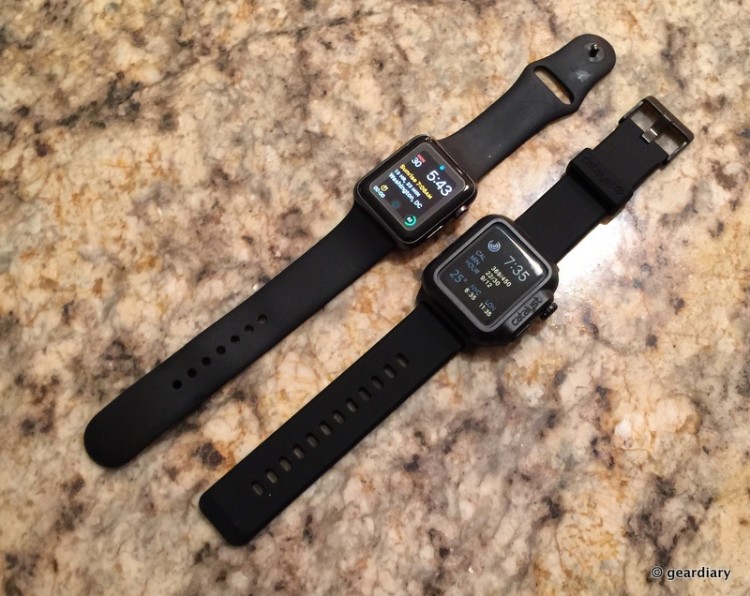 Overall, the Catalyst is certainly a case that either you use everyday, or a case you put on your Apple Watch when you know that you’re going out to explore the elements. While the Catalyst Apple Watch case is a bit bulky for my liking, it still was comfortable to wear, although you will be sacrificing the aesthetics of Apple’s beautiful smartwatch.

However, if you’d like more information about the Catalyst Apple Watch Case, feel free to check out their site today.

What I like: Easily the most waterproof company on the market, and for a first of it’s kind, it gets the “life-proofing” element correctly.

What Needs Improvement: I would like to see the bands be interchangeable.