I reviewed Screwpop’s keyring pliers and utility knife a few months ago, and was extremely impressed with the combinations of low price/high quality/good utility. They’re even closer to putting an entire toolkit in your pocket with their new Kickstarter campaign for the Wishbone Wrench!

The Wishbone Wrench is a one-piece wrench/wirecutter/ruler/bottle opener/carabiner and more! They plan to make it in stainless steel, and so far have 3D printed prototypes. If the final product looks half as good as the prototypes, this should be a no-brainer for your keys! I had trouble justifying carrying their pliers around everyday, though I’ve used them a few times around the office, but the Wishbone Wrench looks perfect for an everyday multitool. There’s no blade, so in theory it should be TSA-compliant, and it rolls together a slew of tools that you might not have on a Swiss Army Knife but need just as often, if not more often, than a 1-inch dull blade. 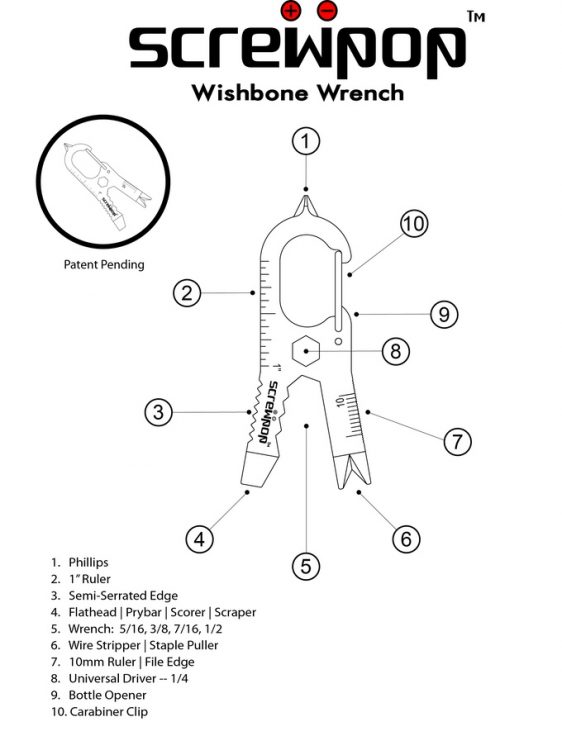 You can back the Wishbone Wrench for only $10 on Kickstarter, and they anticipate shipping in September 2016. If you’re the type to keep a simple multitool on hand, be sure to check out Screwpop’s Kickstarter, as well as their other offerings on their website!