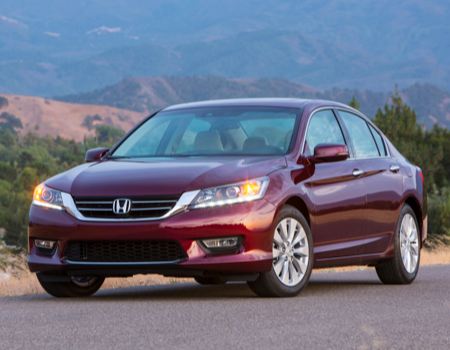 The Honda Accord is one of the longest running nameplates from a Japanese automaker on the roads of America today. Model year 2013 marks the start of the ninth-generation of the popular midsize sedan, and it offers not only coupe and sedan variants but a new plugin hybrid version as well.

Honda is celebrating 30 years of Accord production in the United States with this newest Accord that has been given a complete makeover. The new car is described as crisper and will redefine sophistication, efficiency, and driving joy in the midsize class. 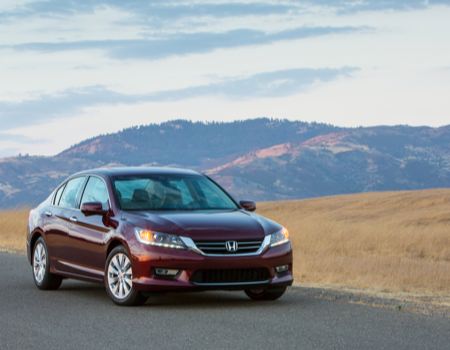 While interior space remains the same in the 2013 model, outside the new Accord has actually shrunk a bit with all features coming together in a tighter, sportier package. Accord still looks like Accord but with a more “ripped and chiseled” muscular structure. 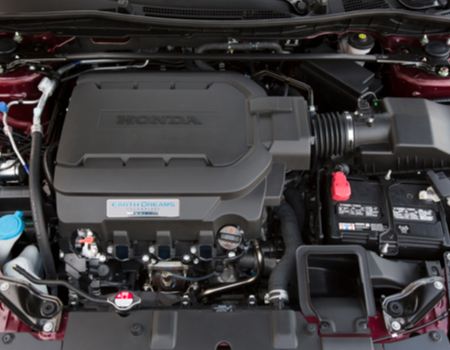 Our recent test model arrived as a top-of-the-line Touring with the 278hp 3.5-liter V-6 engine backed by new six-speed automatic gearbox. A four-cylinder engine is offered as the base engine backed by CVT or automatic, and Coupe owners can opt for a six-speed manual tranny if they so desire. Give me the “six-by-six,” thank you very much – I want to be pampered and comfortable wherever I go, although I would give the new PHEV model a thought as well.

In my first few minutes behind the wheel a few revelations came to light – this car is a delight to drive and this things hauls [email protected]@… Yes, acceleration is very spirited, as I found out when needing to merge onto the highway as I left the airport, and I also learned there are quite a few new technology goodies in the 2013 Accord to please my geeky inner spirit. 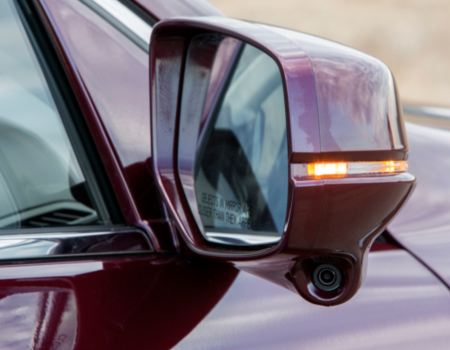 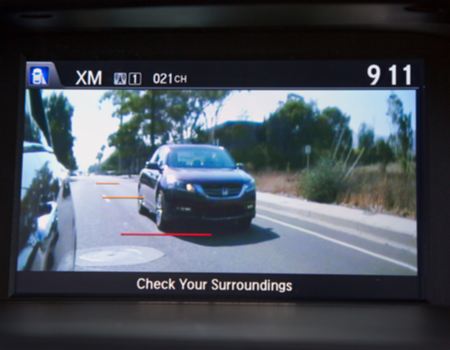 Honda has not been afraid to lead the automotive way when it comes to technology, and in the 2013 Accord they feature a new Lane Watch function that has a camera under the passenger outside rearview mirror so when the right turn signal is employed the nav screen displays what the camera sees: the entire right side blind spot.

This is a great feature that took a minute for me to get accustomed to. No longer did I need to completely turn my head to check the blind spot, as I could merely glance at the high-mounted center dash monitor. Only problem is this comes on whenever that turn signal is used so turning right at corners with the display switching back and forth gets a bit distracting at times. 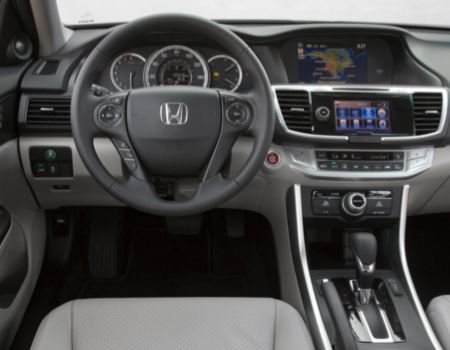 And did I mention that drivers can eke up to 34 mpg out of this new V-6 on the highway? Yes, the V-6 model, no need for turbo fours here like some of the competition uses. 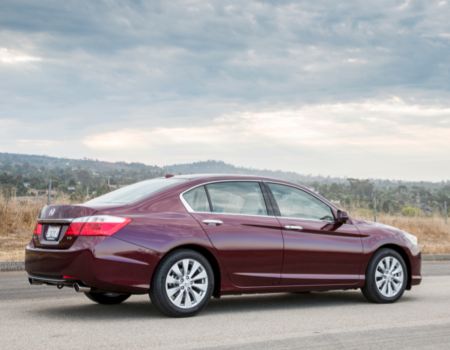 The 2013 Accord is very comfortable, very quiet, and nicely appointed. The new model upgrades should see Honda getting back to the leader board in midsize sedan sales given the brand doesn’t do anything to sully its name. Base Accord models start at about 22 grand with our loaded Touring model rolling in at a mere $34,220, very competitive for the segment.

The Honda Accord is back in a great way. 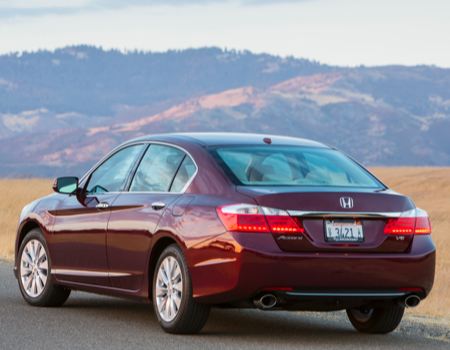 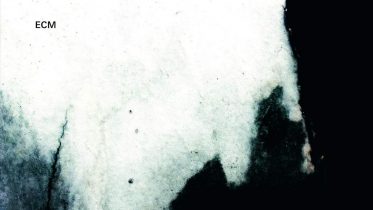 My first encounter with guitarist John Scofield came forty years ago as a young bassist looking for work by Steve Swallow and finding a new release by a trio led by Scofield called ‘Shinola.’ I was thrilled by Swallow’s playing, but also instantly fell in love with Scofield’s jagged, angular lines, and innovative fretboard shapes.