Chances are you have way too many home appliances in your home and you need to consolidate. Why not just get the Gourmia? It serves multiple functions and saves you a couple bucks? 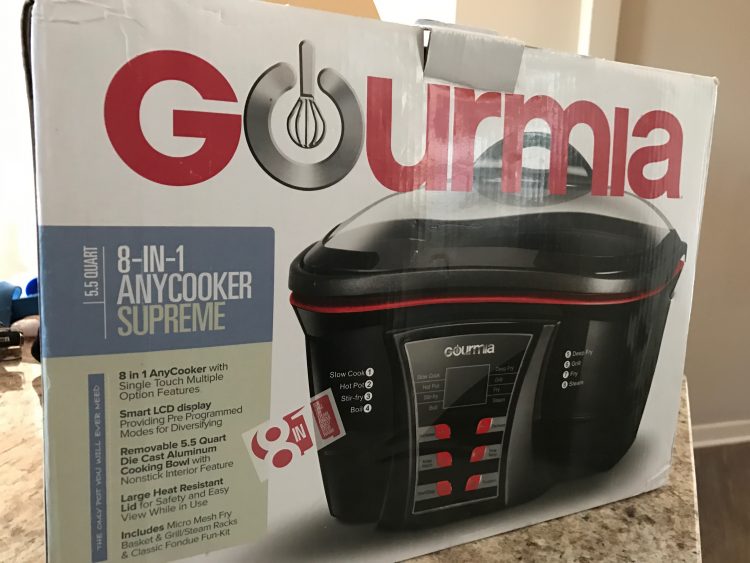 Introducing the Gourmia GMC700 Supreme 8-in-1 Digital Multi-Function Cooker. Gourmia sent us over one to try out, and I wanted to see exactly if it would declutter all of the products I’ve accumulated after watching a million shows on the food network, because why not? 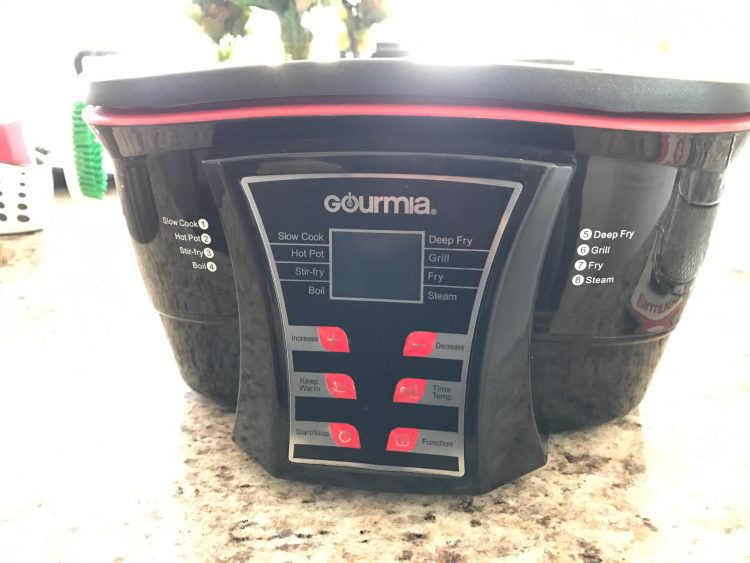 The Gourmia Cooker serves eight functions: Fry, Steam, Fondue, Roast, Stew, Warm, Boil, and most importantly Grill. Living in an apartment without a grill area (and a policy against “grills on patios”), I needed an indoor grill, so I purchased one from Macy’s. It seemed like a good idea at the time, $179 dollars later, I’m stuck with a grill that serves no other purpose, just for my meats and vegetables when I want to grill. But what if I just decide I want Fries? That’s an extra cost. And lord willing I want to steam some veggies, there’s another appliance for that. I got sick of having eleventeenhundredthousand (it’s a word, don’t challenge it, just accept it) appliances for everything and researched multi-cookers. So when Gourmia sent this over, I thought “ooh, I can now cook any and everything I wanted, because I’m a chef in my spare time.”

With pre-programmed modes and a smart LCD display, all it takes is picking specifically which function you want done. Gourmia knows there are plenty of people who can cook but want new recipes so they’ve included a nice little recipe book for all to try. Me on the other hand, I prefer to freestyle, even if I fail (but thanks, Gourmia, I gave it to my aunt as a white elephant gift don’t judge me). 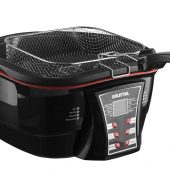 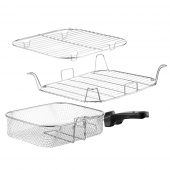 Let me just say, the Gourmia 8-in-1 is a delight to have in my kitchen. While it hasn’t found a permanent home on my counter top, it has plenty of space under the cabinet until I find a need to use it due to being able to throw away and/or sell appliances that the Gourmia has the same functionality. Sometimes you just want food cooked fast (and complete), and the Gourmia has done this every single time. Recently we had friends over just getting ready to go out for the night, and they wanted French fries, the Gourmia looked out for us. I had actually just made some steak on the Gourmia Cooker hours earlier and actually never tried the French fry function due to me attempting to cook less fried foods and low and behold, the fries came out perfectly. The Gourmia after you press the button in order to get to a desired function. More recently I’ve used the 8-in-1 cooker for our family Christmas party to make meatballs with the slow cook functionality, and more often than not, I pull out the Gourmia Cooker to make my vegetables if I’m cooking on the stove top so that my meals all cook around the same time.

One issue I’ve had with previous multifunction tools like these is the burning oil problem. I’ve purchased “Black Friday” equipment for cheap because who can turn down a fry cooker for $9.99, right? Only for it to work twice and burn out due to shortened cables, or oil getting down into the internals which could honestly cause a fire, but I’ve yet to have this experience with the Gourmia 8-in-1 cooker, knock on wood. Being able to have a versatile product that does it all, while keeping a small profile is awesome. I’ve received a few compliments from family and friends who just happen to be getting married soon, so you can already assume my go-to gift for their weddings and house-warmings, right? 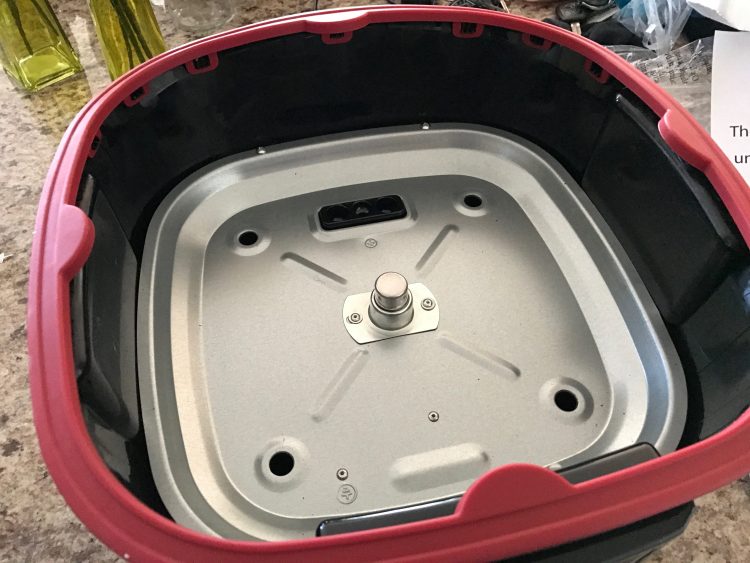 Overall, this is a product that not only would I buy for myself, but I’d certainly buy for others. Its portability in the kitchen is bar none, and multi functions make it an essential tool that will declutter the storage under your cabinets, for a low price that I’ve yet to see the competition match. What are you waiting for? Checkout!

Gourmia’s $79.99 8-in-1 Multi-Function Cooker is available from Amazon [affiliate link].

What I Like: Doesn’t get dry oil after frying, the grill functionality cooks meat evenly, and functions work as promised.

What Needs Improvement: Takes a while to heat up to proper temperatures for heavier cooking (meats)