When Lexus launched the sixth-generation ES premium midsize sedan a few years back it used the tagline of ‘Impossible to ignore, impossible to forget.’ More recently, the luxury division of Toyota Motor Company has given the ES lineup a mild makeover, and over the holidays we took delivery of the 2017 Lexus ES 300h hybrid sedan in the test driveway. 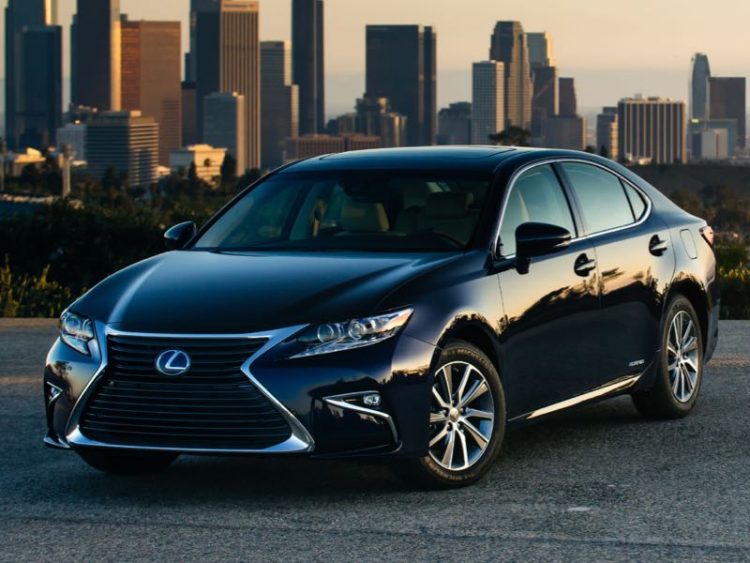 Looking to regain its market share in the entry luxury sedan segment, Lexus introduced the hybrid variant on the ES lineup a few years ago. The most recent changes to the ES include a revised look – including bolder Lexus spindle grille – and the addition of new driver assist technologies.

It had been seven years since the last major overhaul for the ES, longer than any previous generation, and Lexus described these model changes as “all-new” save for the carryover of one of its engines. ES now resides on the Toyota Avalon architecture, up from Camry, and Lexus touts its “fun to drive” characteristics as a mantra missing from previous generations. 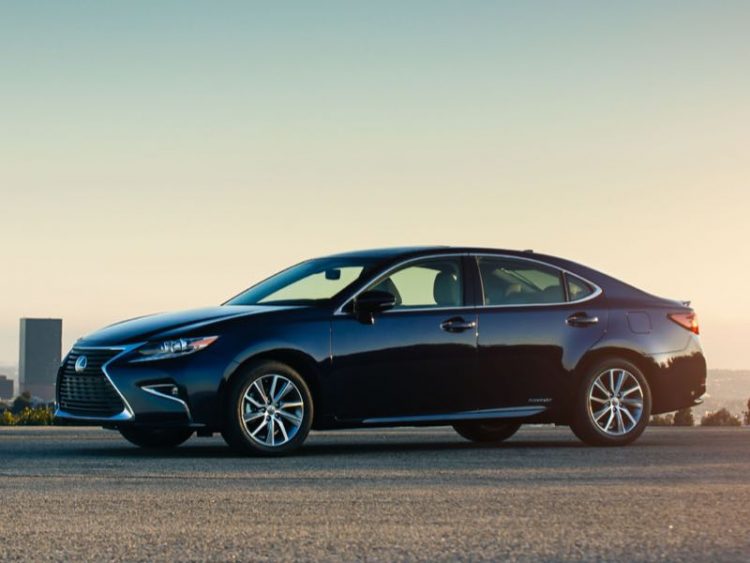 Lexus says its ES buyers are its most loyal customers to a certain model but to increase market share they needed to attract new buyers to the model line as well as the brand and they hope, in great part, to do this by offering the ES Hybrid.

The new face of Lexus (and the brand’s L-Finesse design philosophy) is apparent upon walking up to the new model as the spindle grille design first seen on the new GS models was applied to ES. Overall body size was increased as was interior space, especially in the rear seat area. 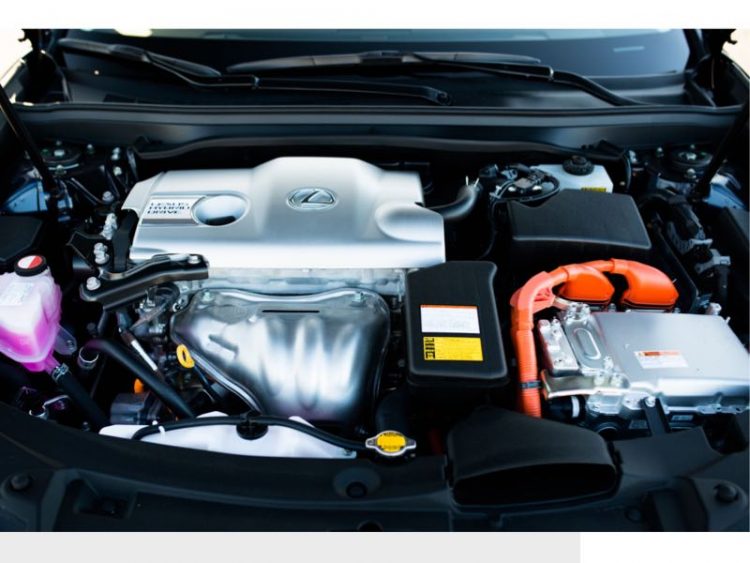 Powering the ES 300h is an upgraded Hybrid Synergy Drive system borrowed from the Camry and Avalon models. In this specific application, the 2.5-liter four-cylinder gasoline engine produces 156hp and when combined with the electric drive system muster up a total output of 200hp. The hybrid powertrain is completed with the Lexus electronically controlled continuously variable transmission with intelligence.
Lexus engineers improved steering and suspension components for the current ES models. The sixth-gen ES was given a tighter steering ratio while front suspension coil springs have been wound opposite of each other for improved road handling.

All ES models offer multiple drive modes of EV, ECO, Normal, and Sport. My favorite, of course, is the latter but even in ECO mode should one need to “giddy-up” the midsizer will go when prompted. Sport mode offers the benefit of tighter steering response and enhanced throttle and gearbox response. 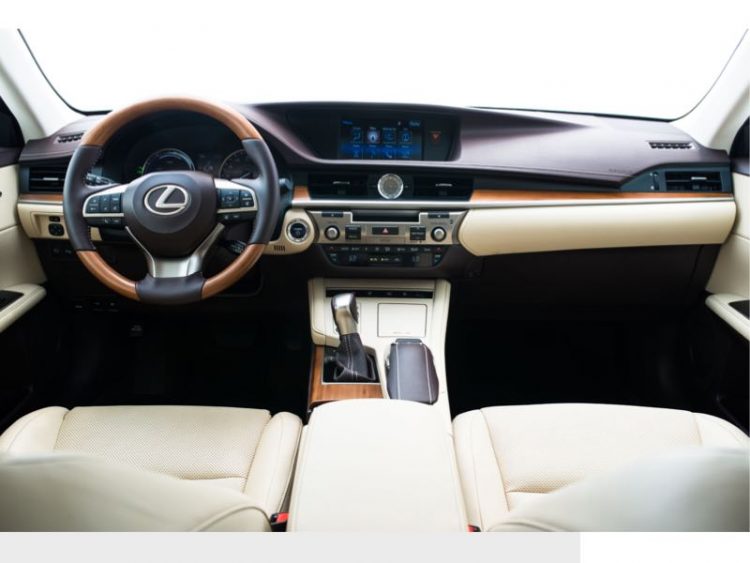 While exterior styling makes the 2017 model the most attractive ES yet, interior enhancements make the new ES one of the most comfortable, safe, and definitely state-of-the-art premium sedans in its class. Some of the new technology includes pre-collision system, lane departure alert with steering assist, intelligent high beam, and high-speed dynamic radar cruise control. There is also blind spot monitor and rear cross-traffic alert.

Designers have paid attention to all the details – great and small – to make the ES so much better than its predecessors from the more supportive seating to the “Takumi” artisan stitching on the dash pad. The driver’s workspace is divided into two distinct areas – the display zone above a centerline with all of the necessary instrumentation and controls, and the operation zone below into the center console where tasks of a physical nature take place. 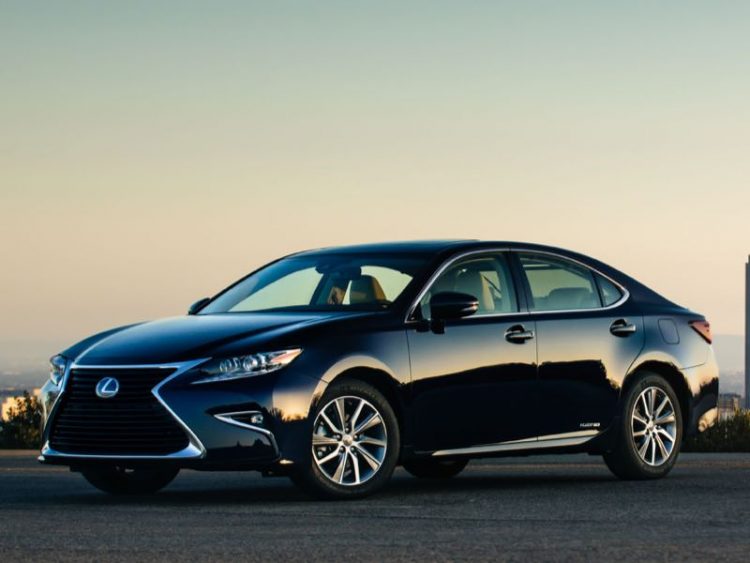 While all new ES models come with a host of creature comforts and amenities, our tester also included the premium Mark Levinson sound system, navigation, Lexus Enform app suite, and heated steering wheel. The one-touch power trunk was a great feature during the holiday visits to stores and family.

Pricing for the 2017 Lexus ES 300h begins at $41,820 with our tester arriving with a final sticker of $49,789. Fuel economy for this hybrid entry luxury sedan is 40 mpg city and 39 mpg highway. On road trips, you will have to stop for restroom breaks before the car will need refueling. 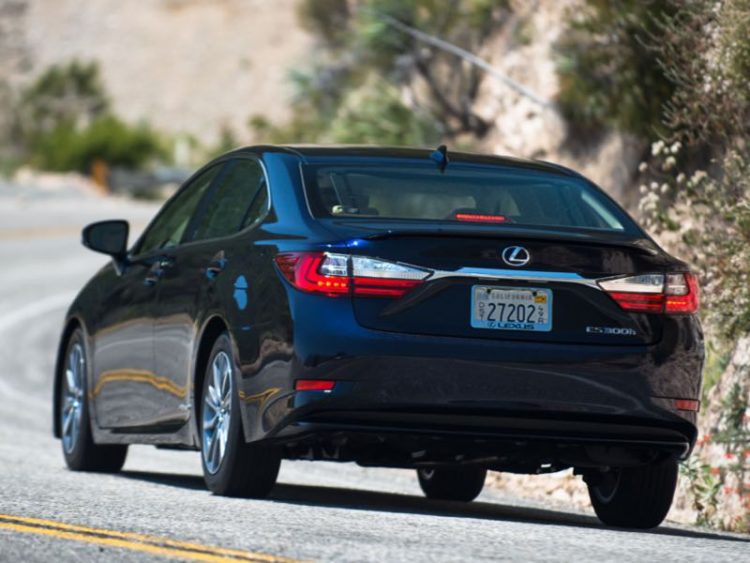 On-road, the Lexus ES 300h performs very well. As I stated, Sport mode offers more driving enjoyment but the car is smooth and ever-so-quiet in all modes. Thanks to the electrical components of the hybrid system the vehicle offers good acceleration when needed. For those shopping this segment, I would recommend the ES 300h if for no other reason than the fuel economy (and it’s a very good car).