Posted By: David Goodspeed May 23, 2013
ShareTweet 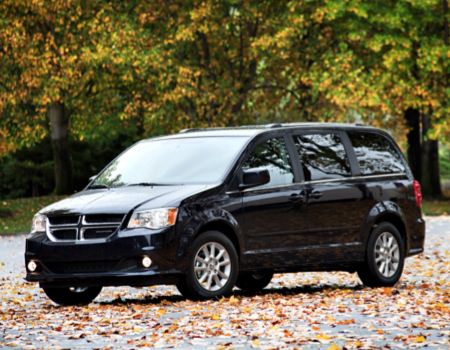 Yes, that once-ubiquitous soccer-mom vehicle is still rolling off the assembly lines despite being outpaced over the last two decades by SUVs and CUVs. While the number of models available are about half what they were 20 years ago, the granddaddy of them all – the Caravan from Dodge – is getting ready to hit the big 3-0. 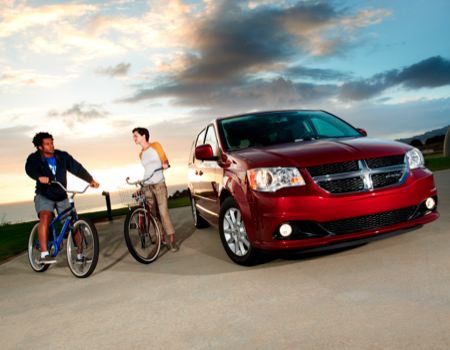 Now offered only in Grand Caravan form under the Dodge family (and sibling Town and Country at Chrysler), the minivan continues to offer value and functionality for the modern family while also being quite popular in commercial and fleet applications. When faced with the decision of which rental vehicle to choose from last fall, the Mrs. and I picked a Chrysler Group minivan as our mode of transportation as we enjoyed the California Coast and Wine Country with my brother – and we had plenty of room for luggage and wine parcels.

Our most recent tester was the 2013 Dodge Grand Caravan SXT; it bills itself as the only minivan in America to offer power dual sliding doors and power liftgate that is priced under 30 grand (way under as base MSRP is $26,695). 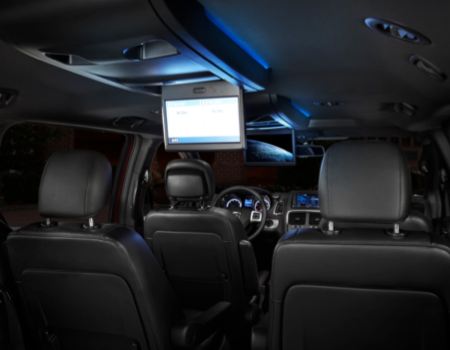 A couple of new items have been added to the minivan models this year, and they include industry-first dual-screen Blu-Ray DVD video system as well as Trailer Sway Damping for drivers wishing to tow with their Grand Caravan.

The Chrysler Group introduced Stow-N-Go seating years ago in its minivans, and that is still a top selling point for the models as both second- and third-row seats completely disappear below the cargo floor (or the wells can be used for storage when the seats are upright). 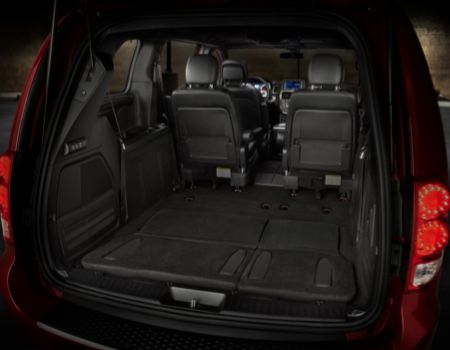 For me, the best thing to happen to these minivans lately is the new Pentastar 3.6-liter V-6 engine backed by six-speed automatic transmission. I am still not too keen on the dash-mounted shifter, but the powertrain combo works well, offers plenty of power (283 ponies and 260 lb. ft. of torque) and delivers acceptable fuel economy at 17 mpg city and 25 mpg highway. It is also covered by a healthy 5-year/100,000-mile warranty.

By the numbers, the 2013 Grand Caravan SXT seats up to seven in three rows, can tow up to 3,600 lbs. and offers up to 143.8 cu. ft. of cargo space. Dodge offers more than 45 safety, security and technology features in its minivans that includes three-row side curtain airbags, blind-spot monitoring and rear cross path detection system. Uconnect infotainment is available, and it includes navigation, satellite radio with hard drive, SiriusXM Travel Link and rear camera system. 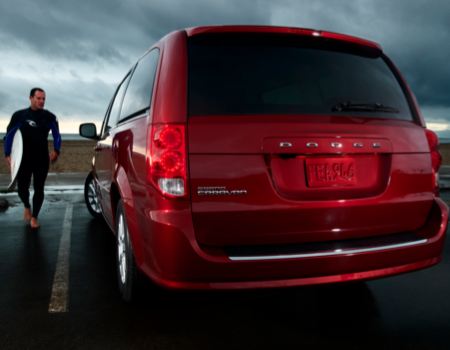 Minivans are not sexy, they are not sporty, and they rarely (if ever) appear on anyone’s “best of” lists. The one thing they are is utilitarian, not to mention one of the best values for a family vehicle going on some 30 years strong.