While the word prime can be defined as being of greatest relevance or significance it can also describe something basic or fundamental. The latest member of the Toyota Prius family has been named Prime and I believe it encompasses many of the definitions of the word. 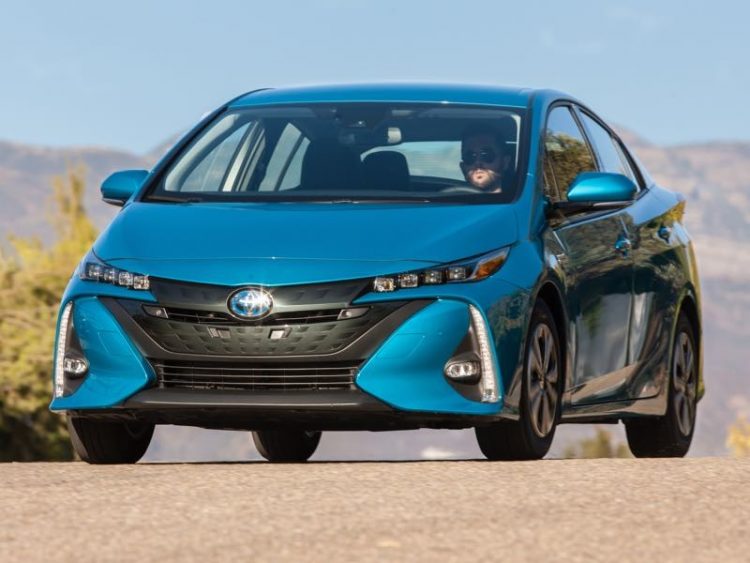 The 2017 Prius Prime is the next-generation plug-in hybrid electric vehicle from Toyota and arrives in a four-seater with double-hump glass hatch. The vehicle features a new design schematic as well as many new technologies, including a very tall tablet mounted center dash. And this new hybrid model features the best fuel economy of any Prius model to date. 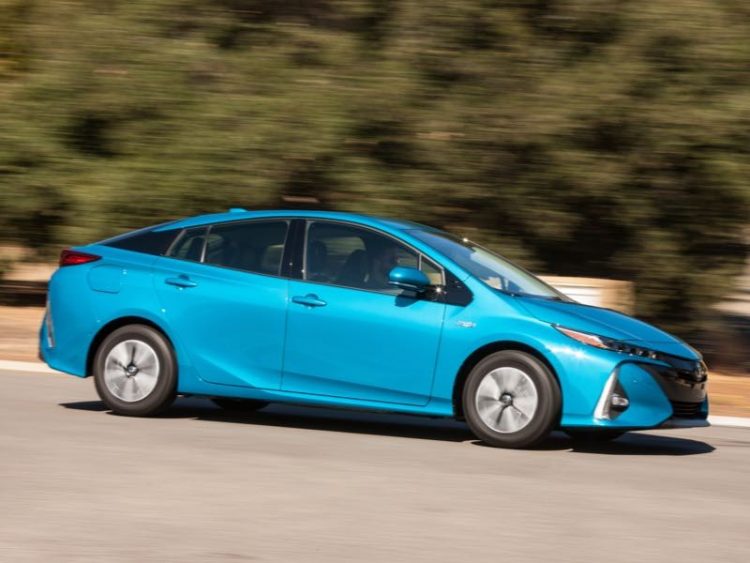 In understanding fuel economy ratings from the federal government, we see hybrids and electrics rated as having an MPGe as opposed to the traditional miles per gallon. The “e” refers to equivalent, which is the estimate that takes into consideration time the vehicle operates under electric power. The new Prius Prime can operate solely on battery power up to 25 miles at speeds up to 84 mph and it receives an MPGe rating of 133 for combined city and highway driving in electric/gasoline mode. The EPA gives the new model a gasoline-only rating of 54 mpg in combined city/highway driving. 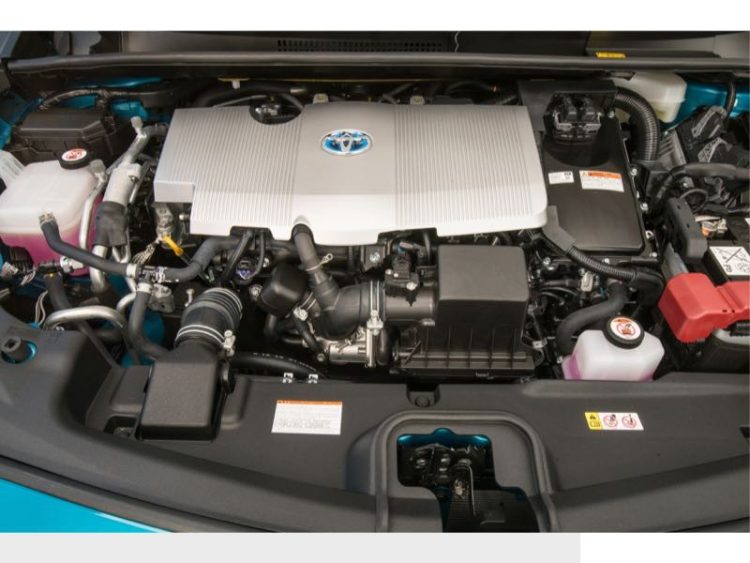 At the heart of this locomotion is Toyota’s Hybrid Synergy Drive System that utilizes a 1.8-liter DOHC four-cylinder gas engine paired with not one but two electric motors – one that acts as a generator and the other as a drive motor – and all three motors are mated in what would normally be the transaxle and gearbox. New technology allows for both electric motors to provide drive force on demand thanks to a new one-way clutch system. As always, regenerative braking captures energy under deceleration and braking that is normally lost in gas only vehicles and this energy is transferred back to the new 8.8kWh lithium-ion battery pack.

The new battery pack is more than double the capacity of the outgoing Prius plug-in hybrid and it takes up a bit more space as well. The rear cargo floor is raised a bit and therefore cuts into space meant for luggage, toys, sports gear, groceries, etc. As I mentioned earlier, this new Prius Prime is now a four-seater only with a center console now occupying the space between the rear seats. Seating is roomy and comfortable and truth be told, that center rear seat was probably never used anyway. 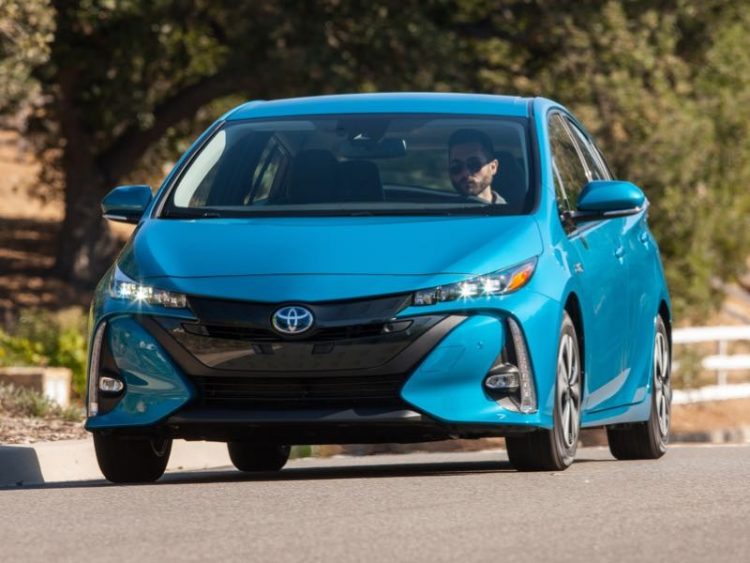 We spent a good bit of time behind the wheel of the test model Toyota sent over. While we did use it quite a bit in urban settings we put quite a few highway miles on the Prime as well. Our highway average was under the EPA rating as we only saw fuel economy in the mid-40s but that is the nature of most hybrid vehicles, especially Prius – it shines brightest around town. And if you can charge at home or work you may never have to put much gasoline in this car. 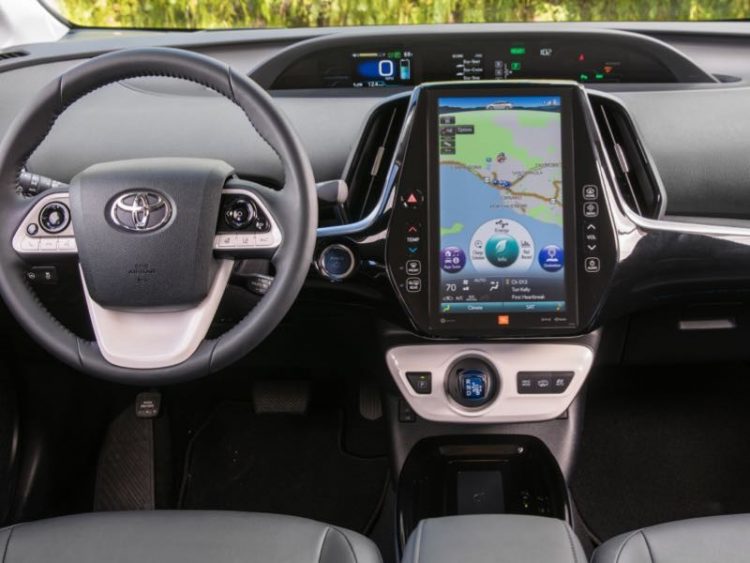 The exterior styling is a big leap forward for Toyota and extends the ultra-modern look of recent models. The kids kept calling the car “Optimus Prime” but I thought it more closely resembled “Megatron” with its unique design. Either way, it certainly does not look much like the first-generation Prius of yore. Inside we find just as much state-of-the-art attention including that massive tablet center dash. It does, however, reflect the sun’s rays harshly when driving at just the right (wrong) angle. Tish spent a little while acting as a human sunshade for me. It also takes your eyes off the road quite a bit longer to scan the elongated surface for the information you are seeking. Atop the infotainment tablet sits all the drivers information on a very wide digital information center that includes speedometer and all the other pertinent information while the vehicle is in operation. At least some of this is found in the head’s up display so drivers can keep their eyes forward for that. 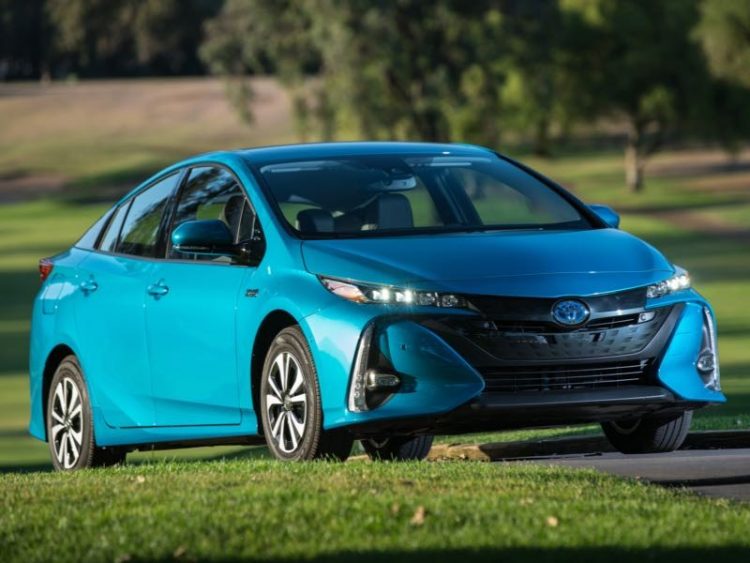 The vehicle operated as expected, meaning it slinks along quietly and smoothly (albeit somewhat slowly) in full Eco mode but offers quick acceleration and passing power when fully prodded at the pedal in Normal and Power modes. We found the car to be quite comfortable and fairly quiet with a little noise from the fuel economy tires. Our 2017 Prius Prime Advanced tester arrived with leather seating and steering wheel with heat only available in the latter (Mama was not happy about that this chilly morning). I would gladly forego the leather seats for cloth due to this factoid. While styling was very modern I did not care for the cheap white plastic pieces in the steering wheel and dash panel as they just looked out of place. And while the double-hump rear window glass looks very sleek it was agreed it would cost a king’s ransom to replace after one of our notorious Texas hailstorms.

Pricing for the 2017 Prius Prime plug-in gasoline/electric hybrid begins at $27,100 for the bas models. Our Advanced trim starts at $33,100 with this tester arriving with a final window sticker of $36,305. For my money, I would opt for a base model with few add-ons and just enjoy driving in EV mode all during the week. 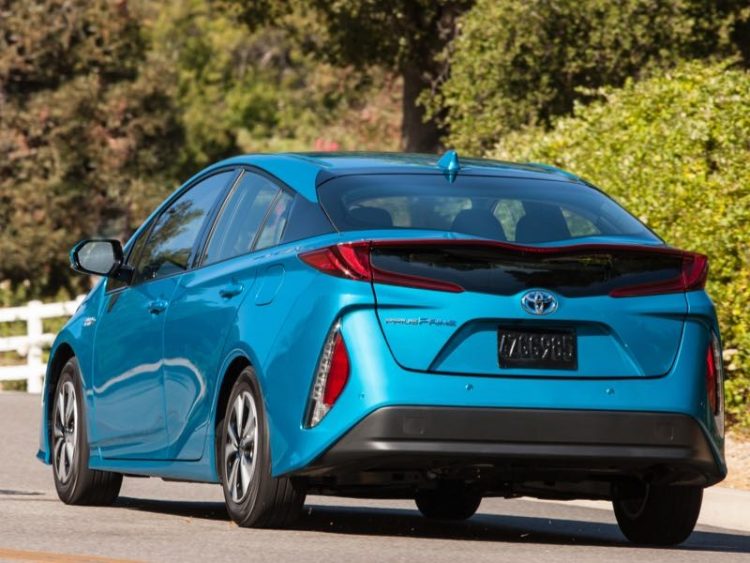 The 2017 Toyota Prius Prime is what it is – a state-of-the-art plug-in hybrid/electric four-seater with minimal cargo space. It is perfect for the small urban family who can charge at home or work or both and who rarely carry lots of stuff. It’s stylish, it’s green, and if you keep it a long time it will show cost savings by keeping you away from the pump.