How is it possible that I have never been to Yellowstone National Park? Until a recent media drive for the 2018 GMC Terrain Denali, if you’d told me about traffic jams caused by bison crossing the road or that steam from geysers could be thick enough obscure everything around it, I’d have only given you a blank look. 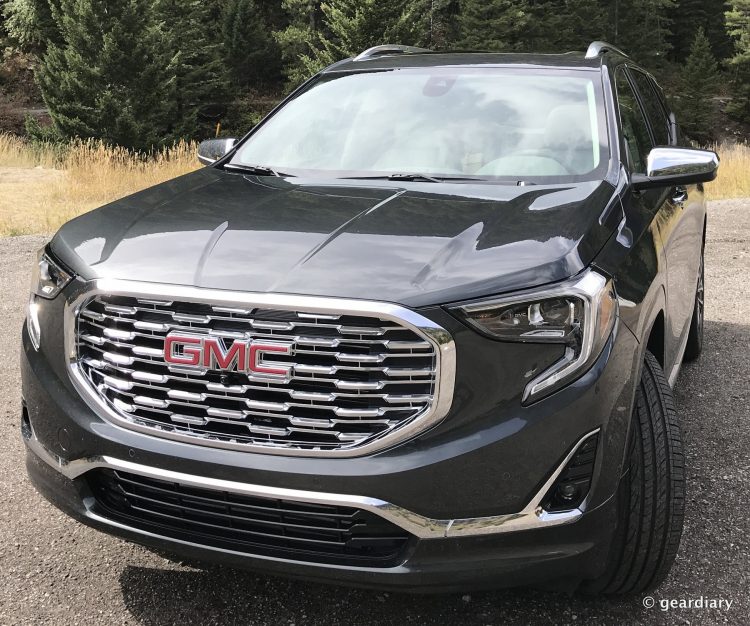 But all that recently changed.

Along with a few other auto writers, I was invited to test the smallest (relatively speaking) GMC SUV in and around Yellowstone National Park. Sunshine, mud, snow, and rain … I found out firsthand that the 2018 GMC Terrain could handle it all!

Similar to the test drive I participated in for the 2017 GMC Acadia Denali, the Terrain event was not the usual 3 or 4 hours of driving that most brands allow. From the moment that Kev and I arrived at the Bozeman, Montana airport, the Terrain drive was all about giving us plenty of time to really get to know the vehicle without any time spent hearing marketing speak or other propaganda; GMC allowed the car to speak for itself.

Once Kev and I had loaded our luggage in the back and got into it for our drive, there were certain things that stood out about the Terrain. As expected, the interior was luxurious  — this was the top of the line Denali edition, after all — but it was more than that. For instance, I had never used a shifter that looks like this … 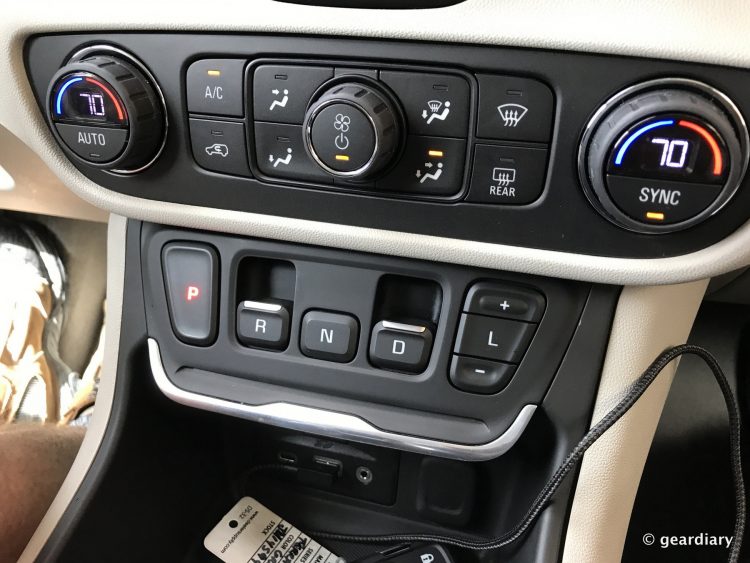 Park and neutral were a simple push of a button; reverse and drive were activated by pulling the button up the same way you do an automatic window’s button. The removal of a shifter in the middle of the lower console frees up space.