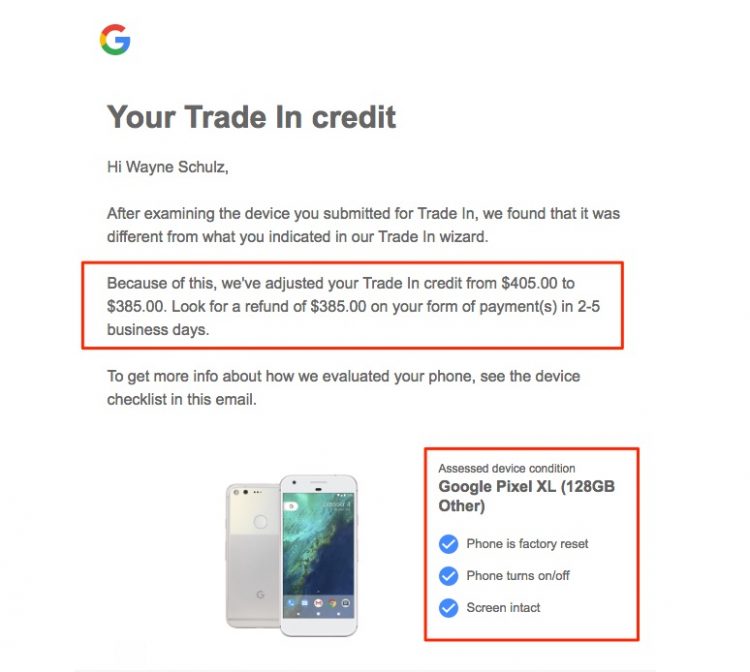 The Google online store appears to still be struggling with assessing and honoring trade-in values for their flagship Pixel device.

At least I thought I had a fixed price for the trade. 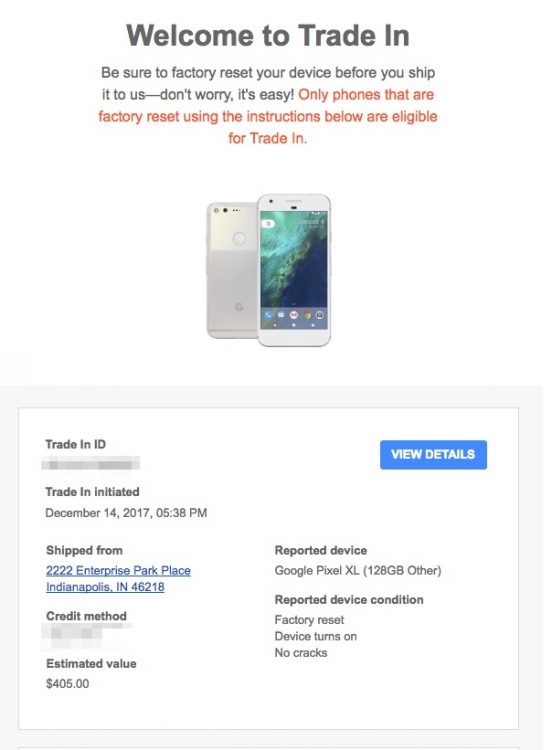 Today I received notice from Google that the trade was received and adjusted down to $385  because “it was different” than what I had indicated. Fair enough.

Except the Google order page showing the trade apparently received exactly as specified. 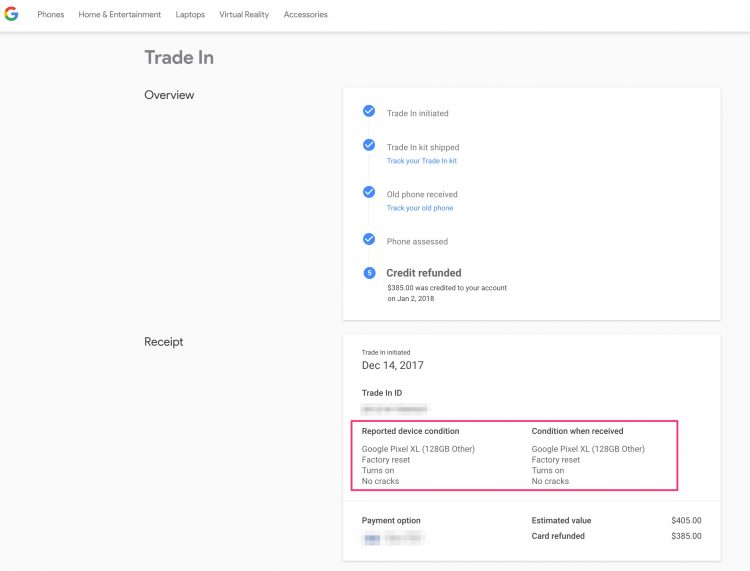 So, what was different?

Thinking there surely must be a mistake I submitted an online request for more information (still awaiting a reply) as well as phoned the number provided on the Google Pixel store page.

The call center I was connected to didn’t have any info other than what was already listed on the Google invoice. To make matters worse the representative cautioned that a third party was handling the trade and not Google and that the trade price was merely an estimate (why then is the price I purchase at not an “estimate” that I can adjust at will?). 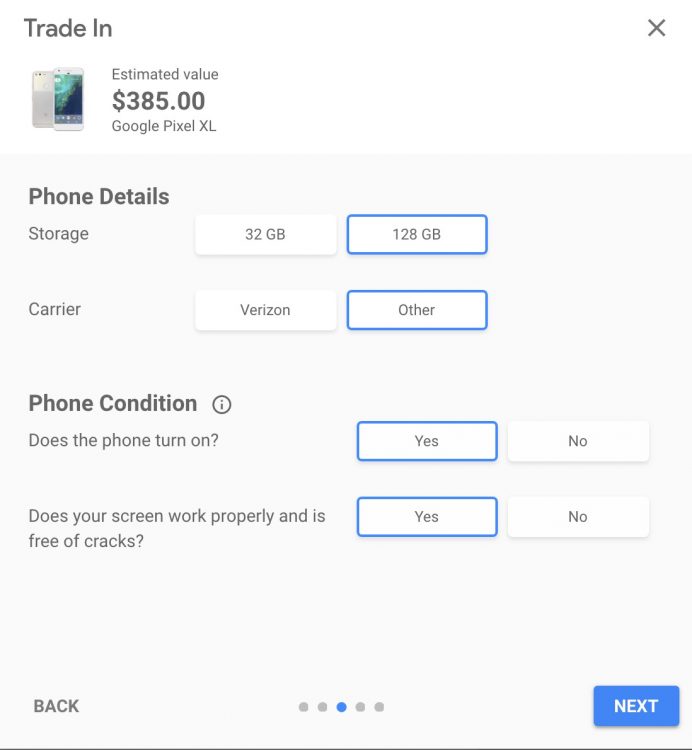 I’m not holding my breath to hear back from Google. A little investigative work on my end uncovered that Google (or their representative) had shifted the pricing for trades and that a mint Pixel XL 128 GB was only fetching $385.

Despite Google promising that trade-in quotes were good for 30 days, it would seem that absent any other information (which Google could not provide) the trade-in price, in this case, was arbitrarily lowered (bait and switch much?) to whatever the Google site listed as the current trade value.

I’ll update this post if I learn anything more about why Google (or their representative) appears to have arbitrarily lowered the trade in value for my Google Pixel XL 128 GB. Until then, buyer beware when dealing with Google and the Pixel store.

Update: As I was completing this post a call center employee called back to indicate that they would be crediting the additional $20. There was still no clear explanation about why the price was different, to begin with. My suspicion continues to be that whoever processes the trade is arbitrarily lowering the value to today’s pricing rather than honor the 30 day trade period.