Can you ever have enough plugs or places to top off your gadgets? The answer to that question is no, always no. One of the places I usually come up short is in the kitchen; the Monster Power & Charging Station has tidied up my former snarl of chargers, cables, and remedied a chronic shortage of outlets. 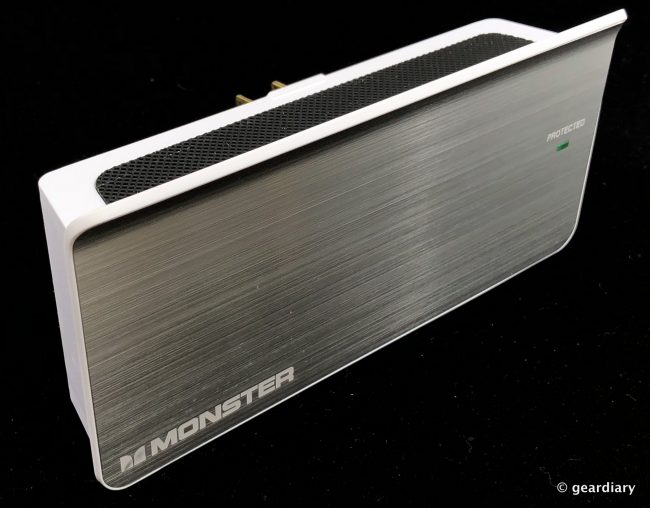 The Monster Power & Charging Station is a surge protector that mounts flush to the wall; it has four power outlets built into its top along with three USB Type-A ports. Since it sits flush on the wall where it’s been plugged into a normal power outlet, it makes a natural spot for holding a phone or tablet while charging. 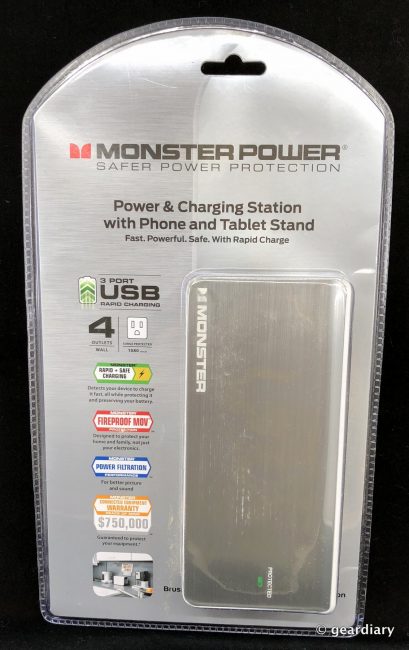 The Monster Power & Charging Station measures approximately 7″ wide by 3.25″ tall by 1.75″ deep; it is made to plug into the top power outlet on the typical double wall outlet, and it uses the bottom outlet for stability by plugging a plastic stem into the bottom ground slot. 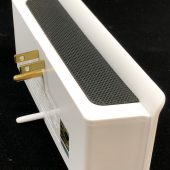 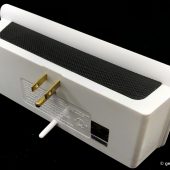 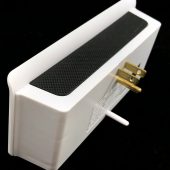 This is the bottom of the Monster Power & Charging Station; it has three Type-A USB ports that Monster says are 4.8A with Rapid Charge” on the left and four “Power Outlets with Monster FireProof MOV Technology” on the right. The charging station offers 1080 Joules of Protection.

The top of the charging station has a rubber pad to help keep the tablet or phone you perch there from slipping.

The charging station is largely composed of matte white plastic with a brushed aluminum front; there is a green LED on the front that glows to show the surge protection is active.

The Monster Power & Charging Station will look good just about anywhere you decide to mount it, whether it’s near the floor … 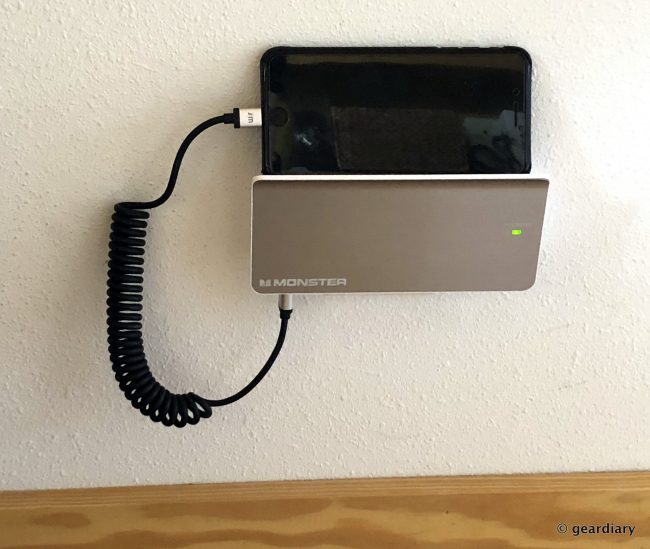 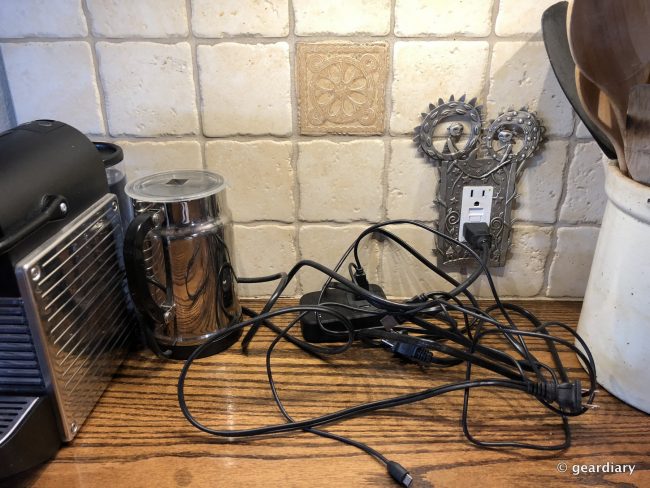 Yeah … eyesore. But this is where Kev likes to charge his LG V30 and the Bison Airlighter that we use to start our Jøtul stove. Plus now I can keep our Nespresso Pixie and frother plugged in — even if I need to use the hand mixer; this was always a case of musical chairs for plugs before. Score!

Here it is now. I can use my phone for recipes as I usually do, and stick it out of the way where it won’t fall into anything. 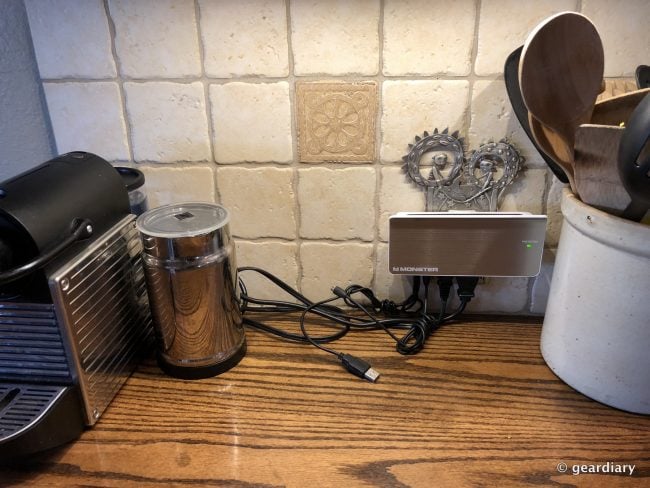 I was afraid it might not work with our custom plug covers, but I needn’t have worried!

The Monster Power & Charging Station looks great, provides surge protection for the items it’s charging, and it effectively turns two power outlets into four — plus it adds three USB charging ports — and it can operate as a tablet or phone stand. That sounds like a win in my book!

The Monster Power & Charging Station retails for $59.95, and it is available directly from the manufacturer and from other retailers including Amazon [affiliate link].

What I Like: Turns two power outlets into four and adds three USB ports; Looks nice wherever it is installed; Surge protection; USB fast charging; Fire protection on the electrical ports; Built-in tablet or phone stand (which is handy in the kitchen)