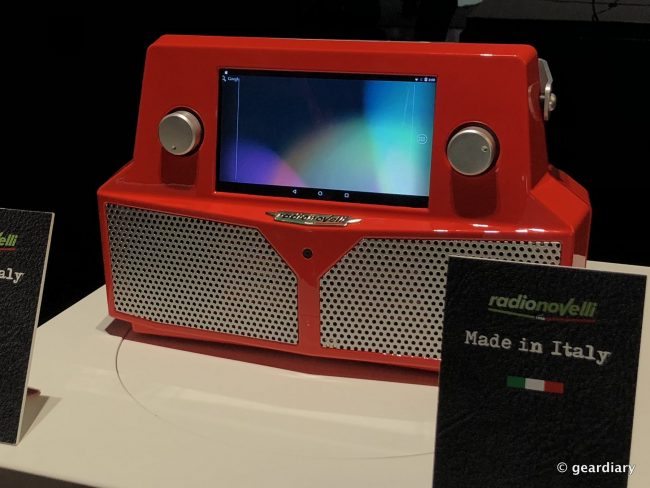 It’s not often that I see a device that brags on having a built-in CD and DVD player, but that doesn’t mean that there aren’t times when I wish I had easy access to both. Take a look at the Radionovelli 4G Radio; it’s an FM, DAB, and internet radio with 4G connectivity, a 7″ screen, and more!

At the IFA Global Press Conference, Paolo Novelli, the CEO of Axis and Inventor of 4G Radio, was on hand to show us his latest creation. With its vintage look, the Radionovelli 4G Radio also features a touch capacitive display, built-in webcam, Wi-Fi and Bluetooth 4.1, a voice artist and music assistant, and it runs Android OS. It can function as your digital tuner if you want to attach speakers to it, but it also has stereo K-array active front speakers and a bass reflex passive speaker. I got to hear it on its own, and it sounded quite good.

Perhaps the coolest thing about the 4G Radio is that it accepts a SIM card so that you can stream music and video from anywhere — at up to 150Mbps. You can download your favorite apps for music and video streaming, so it’s ready to show YouTube videos, stream music from Spotify, and you can even use it for Skype calls.

The 4G Radio has Gracenote built-in, so you can use it to enjoy free access to artist information including lyrics, and video when watching a DVD or listening to a CD. 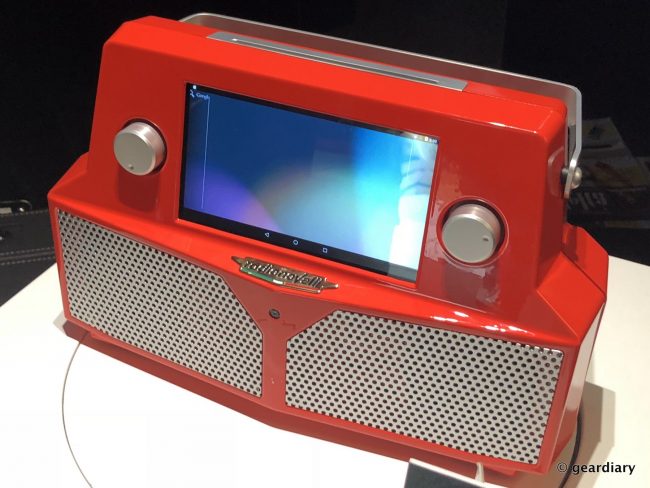 You can use voice commands to ask for a favorite artist or song, and you can tell it to find entire playlists featuring your favorite artist using Spotify or your other favorite music apps. A commercial button will allow you to touch the screen and buy various things “while listening to and looking at an advertising spot according to broadcast companies agreements”. You can stream live pay-per-view events, or you can simply load a CD or DVD to enjoy the content you already own. 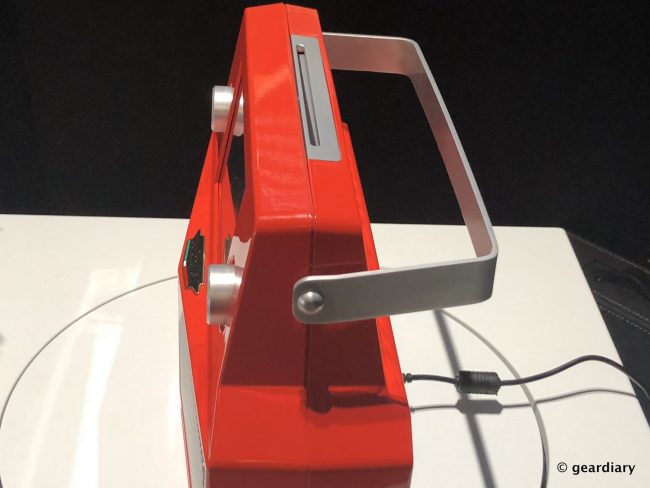 At 1000 €, the Radionovelli isn’t inexpensive, but if you’ve been looking for a single do-everything device, you won’t let that stop you. Is the red too flashy? That’s okay — you can also get it in black or white. The Radionovelli 4G Radio will be available on May 7th on Amazon and at the Radionovelli site.