Posted By: David Goodspeed May 3, 2018
ShareTweet

The truck wars are officially back on and Ford has just fired its latest salvo in the form of the all-new F-150 Power Stroke diesel. Arriving in dealerships soon, Ford can now compete with the Ram 1500 EcoDiesel and the upcoming Silverado 1500 turbo diesel from Chevrolet. 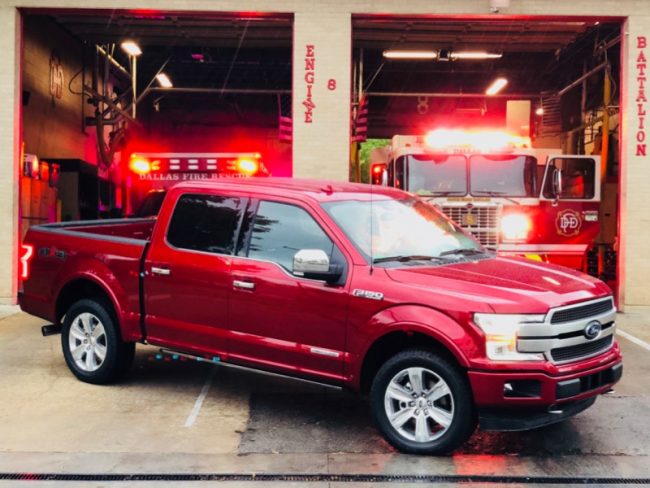 Ford engineers did not have to go far to find a motor to power this model. They had developed a V-6 turbo diesel engine a little over a decade ago when they owned the Jaguar/Land Rover group. Ford is using the basic technology of this 3.0-liter engine but gives its Power Stroke version a new block, new injection system with higher pressures, new turbocharger, new intake, and new exhaust. The engine is mated to Ford’s very nice 10-speed automatic gearbox. Power is rated at 250hp and 440 lb. ft. torque with highway fuel economy of 30 mpg and 22 mpg in the city. Part of that best-in-class fuel economy is the fact that Ford utilizes aluminum in much of the construction of the F-150 for weight reduction. 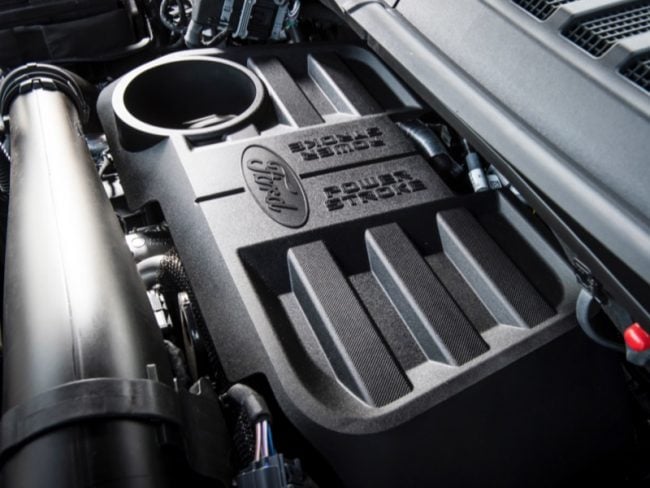 For fleet applications, Ford boasts a payload capacity of 2,020 pounds (1,940 in consumer trim) and a tow rating of 11,400 pounds. The thing about these figures is that they are not equal to or greater than what a gasoline F-150 will do. In the right configuration, the F-150 is rated at 13,200 lbs. towing and 3,270 lbs. payload. For those who never max out their truck and travel quite a bit by highway, the 2018 Power Stroke diesel F-150 will save you money in the long haul.

The best news about the new Power Stroke is that it comes on a 2018 Ford F-150. Ford has made some very nice improvements to this truck and after driving it there is no wonder why the F-150 is the best-selling truck period. This new engine option will only boost those figures. Pricing is coming out for the F-150 Power Stroke trucks and the upgrade will cost you about $4,000 over a gas motor truck. The Power Stroke diesel will be available to consumers on Lariat and above trim levels and on XL and XLT models for fleet customers. 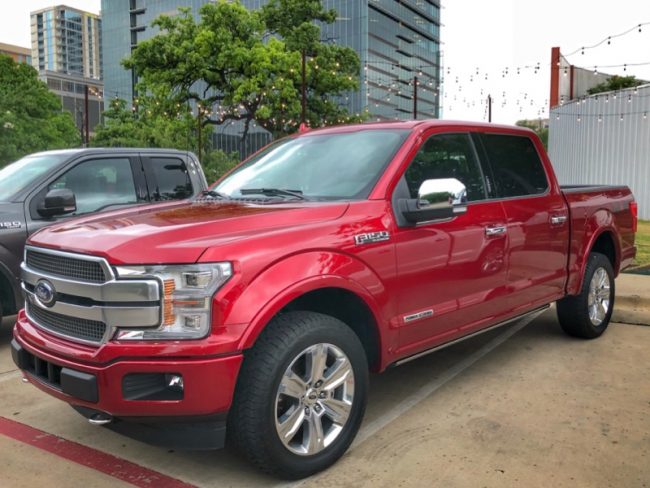 We tested the new truck in lesser Lariat trim as well as top-of-the-line Platinum. The powertrain is so quiet and smooth – it definitely passes the drive-thru test (where you don’t have to shut off your engine to order on the squawk-box) and offers such a pleasant on-road experience. Conversations can be carried on at low levels or you can enjoy the quality of the new Bang&Olufsen-designed sound systems. Stepping on the accelerator there is still a small bit of turbo lag as with any turbo diesel engine these days but it is less so than in the larger Power Stroke V-8s. The truck moves fleet of foot but it does not lurch so that enhances the great driving experience. And as our duel with Mother Nature proved, the truck handles itself equally well in good weather as foul. 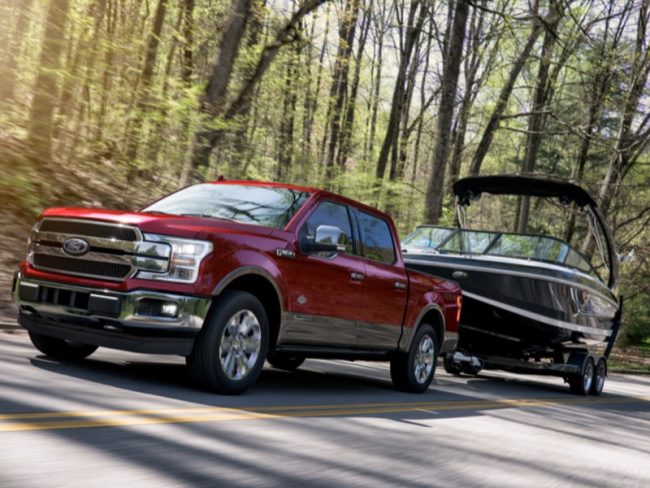 Truth be told, the truck wars never really ended, but things are going to get even more interesting now that Ford has rolled out its Power Stroke diesel variant on the uber-popular F-150. Were I in the market for a new truck, this would be the model I would opt for. And no, I would not be sticking those big obnoxious chrome pipes up through the bed.