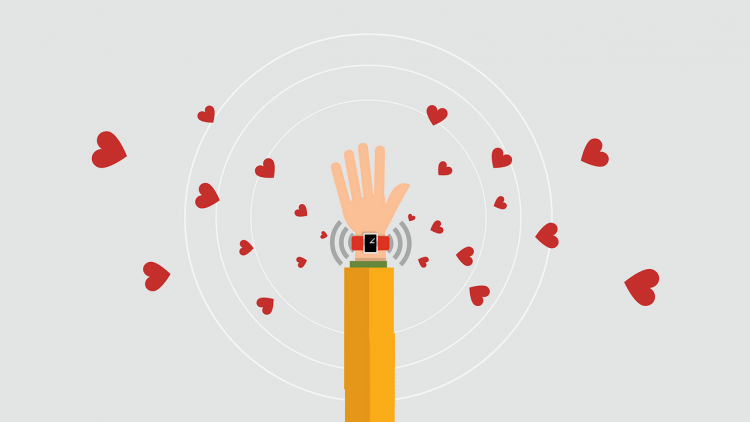 Google’s new Cloud Healthcare API is at the forefront of the collaboration. Fitbit plans to use the API to enhance their integration within the healthcare system, especially by integrating with electronic medical records (EMRs). Fitbit data can merge with EMRs for a comprehensive data set for patients and clinicians. Greater access to this information can lead to more personalized care.

The collaboration will accelerate its progress as Fitbit transitions to Google’s Cloud Platform, providing Fitbit access to top-notch engineering and cloud services to help with scalability, all while complying with the healthcare industry’s security and privacy requirements.

Emerging technology as a result of the collaboration seeks to mend several glaring issues in healthcare. For example, 80 to 90 percent of patients at Kings View Behavioral Health System chose to discontinue or delay treatment for mental health disorders due to the cost and time of travel. Health tech, video conferencing equipment specifically, improved the situation, one example of many where technology can improve healthcare.

Transforming the Future of Healthcare Wearables

The Fitbit and Google collaboration is likely to transform the future of healthcare wearables using Cloud Healthcare API. “Working with Google gives us an opportunity to transform how we scale our business, allowing us to reach more people around the world faster, while also enhancing the experience we offer to our users and the healthcare system,” says James Park, Fitbit co-founder and CEO. “This collaboration will accelerate the pace of innovation to define the next generation of healthcare and wearables.”

Collaborating with Google, providing Fitbit access to Google’s API sophistication and cloud-driven hardware, will prompt the collaboration’s incoming wearables to be different than other health innovations by Fitbit. Google and Fitbit are lagging behind other wearables, with Google’s Android Wear failing to catch on before being renamed to Wear OS and Fitbit falling behind Apple and Samsung.

Their collaboration seems intent on creating a new leader in the wearables market, specifically in the seamless integration of EMRs, Fitbit data, Twine Health and Google’s cloud platform.

Cloud Healthcare API is the primary game-changer. “Open standards are critical to healthcare interoperability as well as for enabling biomedical research,” explains Somalee Datta, Ph.D., Stanford School of Medicine Director of Research IT.

“We have been using the Google Cloud Genomics API for a long time and are very excited to see Google Cloud expanding its offerings to include the new Cloud Healthcare API. The ability to combine interoperability with Google Cloud’s scalable analytics will have a transformative impact on our research community.”

The Future of IoT

The future of IoT is changing as a result of the collaboration. Google’s Cloud IoT Core already supports HIPAA compliance, which makes it a sensible point of focus for Fitbit in securing their ability to connect, manage and ingest data from various devices. Fitbit can enjoy Google’s Cloud IoT Core benefits, including end-to-end security, a single global system, downstream analytic systems and device deployment at scale.

Wearable technology from Fitbit and Google will harness IoT and involve Google’s IoT Core more than ever, considering the abundance of information being accessed, such as EMRs. The Fitbit-Google collaboration is prompting excitement in the healthcare wearables niche especially, considering Google’s expertise in cloud and IoT technology and Fitbit’s reputation as a pioneer in global wearables.