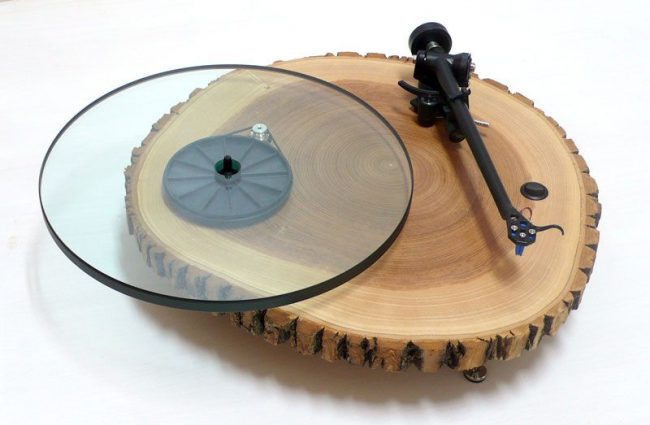 A turntable is a simple machine. All it really needs is a platter to hold the record, a stylus to pass through the grooves, and some method of amplifying the vibration from the stylus.

While most record players keep it pretty simple, a few have stretched the machine to new limits.

They are turntables that attract curiosity while maintaining functionality; feats of engineering that took the listening experience to new—often unnecessary—heights.

Here are some of the weirdest I’ve seen.

From live-edge coffee tables to reclaimed pallet walls, rustic decor is all the rage these days. So it’s no wonder that someone would want to make the vinyl experience as natural as well.

AudioWood has a number of handcrafted turntables and speakers that combine modern design aesthetic with natural forms.

Their Barky model, in the picture above, looks like a pretty standard turntable, except that its base looks like it came right from the lumberjack. It’s made of solid ash wood, coated generously with polyurethane to keep from flaking or splintering. 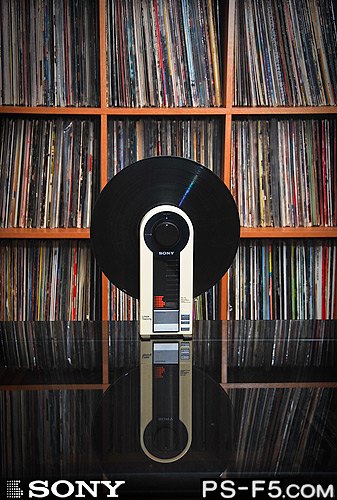 Vinyl doesn’t exactly lend itself to portability. Turntables are generally bulky and require external speakers and amplifiers to function.

But in 1983, Sony tried to change that by bypassing the platter altogether. The PS-F5, marketed as “the Flamingo” in Japan, was little more than a linear tracking stylus inside of a protective cartridge. It featured a headphone jack for portable listening. The PS-F9, a later, rarer model, included an FM transmitter so you could listen to your records through the radio.

Production was limited, but the PS-F5 has a dedicated fan base that still cherish this truly strange turntable. 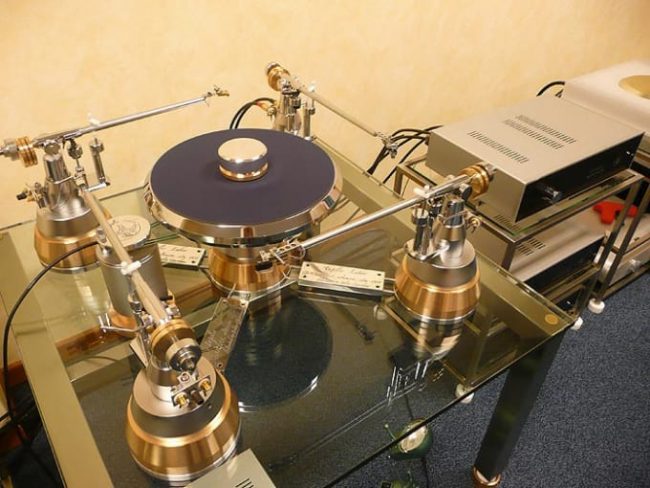 Little is known about the Gabriel turntable by Angelis Labor. But in the late 2000s, a number of audio sites began posting about a turntable that looked like it was engineered by celestial beings and lowered to Earth from on high.

The Gabriel was said to be manufactured in Italy in a factory that built Ferraris. Its platter was stabilized by a magnetic levitation system and had up to four individual tonearms.

Other than that, there’s little information. Even the Angelis Labor site is still under construction. It’s unknown whether the Gabriel was ever manufactured, or if anyone even purchased it. But regardless, it remains the stuff of audiophile legend.

4. The Wheel by Miniot 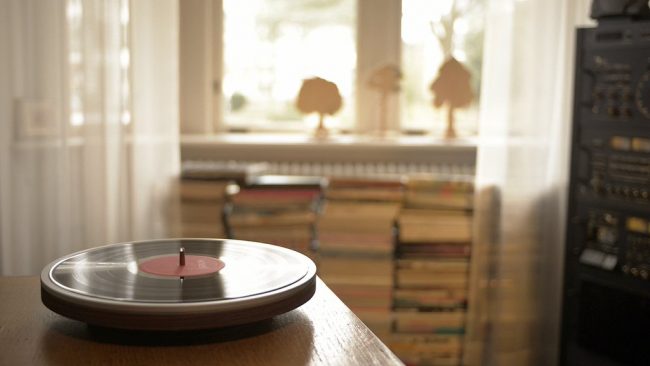 This has given rise to some truly bizarre products, including some strange turntables, the most beautiful of which being the sparse Wheel by the Dutch design company Miniot.

Miniot achieved a truly minimalist design by putting a linear tracking stylus underneath the record and diverting the volume and cue controls to the center stick.

Even with such a unique design, the Wheel could be used with any conventional stereo set up. It’s no surprise that their Kickstarter was a huge success. 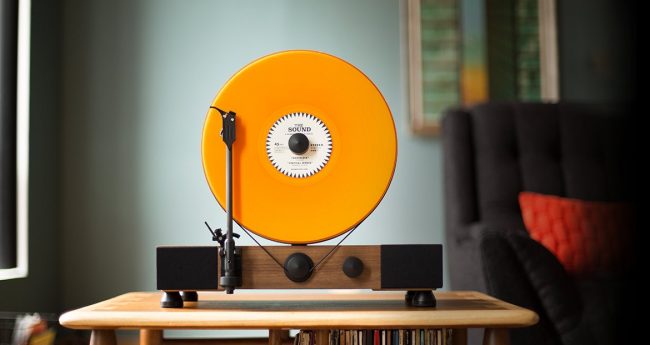 Most vertical turntables either utilize linear tracking or hang the record below the fulcrum of the tonearm. Gramovox’s model uses a masterfully engineered clamp to press the tonearm to the record without damaging the vinyl. It can be added to a conventional stereo system, or you can play your albums through its built-in speakers.

And with the rise of colored vinyl, the Floating Record makes enjoying the visible aspects of vinyl easier than ever. 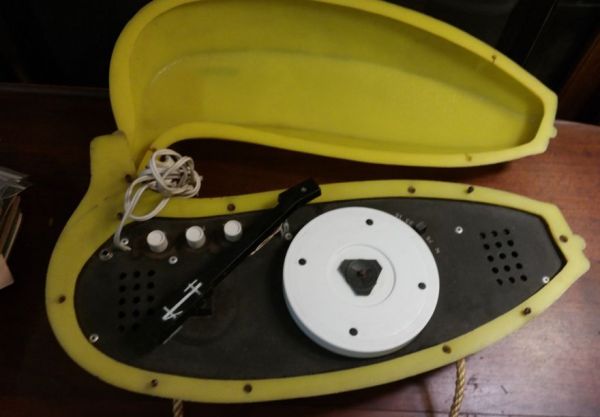 I’m not sure anything screams “1970s” louder than a portable record player shaped like a banana.

This turntable was truly idiosyncratic, combining happy-go-lucky 70s fashion with audio engineering. The advertising materials boasted that it could be played from any position, “even upside down!” It also had a strap, so you could take it on the go.

Very little can be found about this record player, so I’m not sure it ever took off. 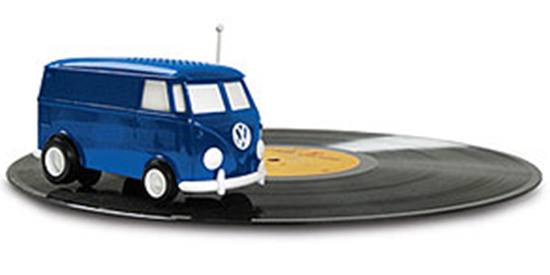 Stokyo didn’t think that was necessary. Their record player distilled it down to a single element: the stylus.

The mini VW bus had a stylus built into its undercarriage and a small speaker in the roof. You flip on the wheels, set it on your record, and it drives around the grooves on its own.

It makes for a great novelty, but don’t expect to use it for serious play. Not only would the Doppler Effect add a whole lot of warble, I’d be afraid it might actually damage my records.

These are my favorite weird turntables, but I barely scratched the surface here. If I skipped the most bizarre turntable you’ve ever seen, let me know in the comments.