Posted By: Nathaniel Fitzgerald May 9, 2018
ShareTweet 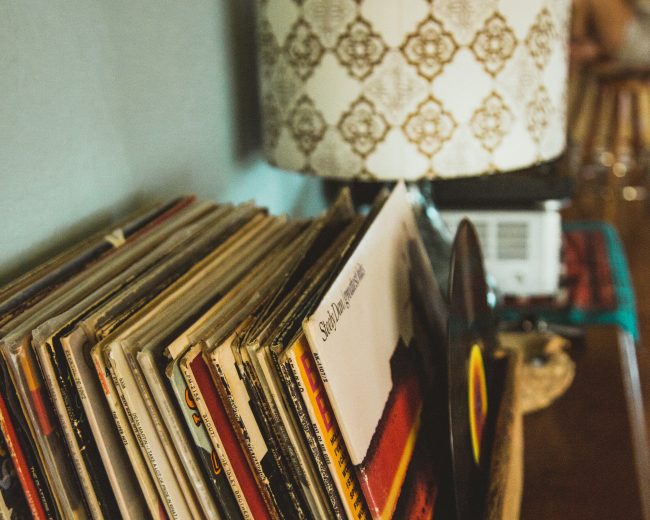 For years, hipsters have ironically foretold the format’s return, but the numbers finally support it. 2017 marked the highest year for vinyl sales since 1991, and it shows no signs of slowing down.

But vinyl is a delicate medium. And with so many new people hopping on the vinyl train, many people are inadvertently damaging their records.

I’ve been collecting records for around eleven years now, and I have made every mistake there is to make. Today, I’m here to make sure you don’t make the same mistakes.

Because if you’re doing any of these, you might be hurting your favorite records.

When I first started collecting, I found an awesome suitcase player at a flea market. I brought it everywhere I went, along with some of my favorite records.

But what I didn’t realize was that the stylus was maybe twenty years past its Sell By date. It had dulled over the years, and as it dragged across the grooves, it scraped little bits of the grooves with it.

A dull stylus doesn’t just sound bad. It damages the grooves too. I’ve had to replace some of my favorite records because the sound degraded so much.

When you find a used turntable, look at the stylus. If it doesn’t have a sharp point, buy a replacement stylus as soon as you can. Most models can be found online relatively inexpensively.

A record player is a delicately engineered piece of equipment. There are a number of components that work in tandem to give the best performance possible.

But if they aren’t set up properly, they could cause excessive wear to the stylus or damage to the vinyl.

If the counterweight is too heavy, it can jam the stylus into the groove as it plays. If it’s too light, it can cause the stylus to jump out of the groove and slide across the record, causing scratches.

An improperly aligned cartridge can wear out your stylus unevenly and cause problems with playback.

Make sure you walk through the proper setup before you put any records on your turntable.

Packing Too Many Records In One Shelf

I have a lot of records—last month I passed 900. And as you can imagine, finding enough shelf space has been a struggle.

A couple of years ago, I noticed that a couple of records were so badly warped that I had suspected that someone had snuck into the living room while I was asleep and bent them by hand.

Reviewing footage from our nanny cam revealed that that wasn’t the case. Instead, I had just been packing them too tightly.

It’s tempting to jam as many records into a single shelf as possible to save on space. But that causes more problems than it creates.

The pressure can push down on small particles of dust and cause them to become embedded in the grooves. This makes them much harder to get rid of, and can cause annoying skips during playback.

Not only that, but if a record has the force of dozens of other records pushing it against a vertical divider, it can cause warping. While you might be able to flatten them back into shape with a stack of books (do not do the oven trick—that’s how I ruined my copy of 1999), even a seemingly minor warp is enough to totally ruin a record.

Records are notoriously prone to static electricity. As they play, the static draws all kinds of dust and dirt and dander onto the record. Over time, this can accumulate into a thick buildup.

When you play a dirty record, some of the grime gets caught on the stylus. As the stylus plus through the groove, it brings the dirty with it, digging into the vinyl and damaging the groove.

Get into the habit of keeping your records clean. Before you set the needle onto the groove, brush it down with an anti-static brush to clear off any static. There are a number of options, but a carbon fiber brush is the most popular and most reliable.

Some records require a little more care, especially if you buy used. For particularly dirty records, you will need to give it a deep clean before playing it. There are a number of specialty solutions out there, but you can use dish soap and water in a pinch. Just make sure to keep the center label dry.

For a more detailed guide on cleaning your vinyl, click here.

Vinyl is a high-maintenance medium. But if you take care of your records, they can keep sounding great for decades. I have records from the fifties that play better than some CDs from the 90s!

Keep these tips in mind, and your record collection will thank you.