Kindle Unlimited is an amazing service. But the dark underbelly is that for every fantastic book, there’s some that make you wonder…how did this get written? I’m a sucker for time travel stories, and I have a high tolerance for bad science fiction, so I’ve read terrible books; as a service to the world, I’m going to start reviewing them. 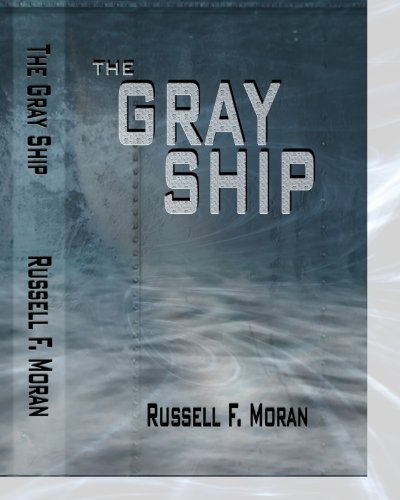 First up in the “What fever dream is this?” category is The Gray Ship, by Russell Moran. The premise is not terrible: a Navy cruiser is off the coast of North Carolina when it suddenly experiences shaking, followed by night turning to broad daylight. They’ve also lost contact with all GPS and cellular connections. Because, as it turns out, they went through a “time wormhole”, and are in the water outside Fort Sumter on the eve of the Civil War. If you’re willing to brave reading it and don’t want to be spoiled, stop here.

So far this isn’t bad. It’s the sort of premise that SyFy would have made into a low-budget movie when they still went by the name Sci Fi. First, the SEALs on the ship go to shore to find out why they’ve lost all contact, and after first mistaking everyone they encounter as really dedicated Civil War re-enactors, they realize they are, in fact, in 1861. Now, it’s safe to say that most people, upon finding themselves at a key moment in history, would immediately attempt to return to modern times and not disturb a thing. In fact, two characters sit the captain of the ship down and explain to her why this is the best course of action. She does not listen.

Instead, she determines that as a Navy vessel, they serve the United States in whatever time period they are in, meaning that she intends to bring a 2013 Navy Cruiser to a war that was fought with muskets and cannons. Weirder still, she dispatches sailors to make contact with the US government, where they come into contact with the Secretary of the Navy and eventually, Abraham Lincoln. Yes, Abraham Lincoln gets to tour a 2013 Navy cruiser, and he also cries tears of joy that the captain of said cruiser is an African-American woman. Apparently Abe Lincoln is SUPER WOKE in 1861. Lincoln, of course, is all “You must stop the war”, and they go about sailing around scaring the crap out of the confederate ships.

Oh, and coincidentally, there’s an enlisted Seaman on board the ship who is also an investigative reporter and a self-described expert in time wormholes, because he’d been through two. He gets a field promotion to Lieutenant, and the captain falls deeply in love with him thanks to his expertise in explaining butterfly theory, though apparently not deeply enough to NOT CHANGE HISTORY.

Just in case none of this was weird enough, the second in command of the ship is a self-described “proud son of Dixie”, and sees this time travel as his chance to defect to the Confederacy. So, basically, a career Navy officer from 2013 decides to go fight for the cause of slavery in 1861, and along the way recruits several crew members, shoots a bunch of SEALs, and steals a slew of weapons to give to the Confederates. He also thinks he’s working on getting himself an awesome new life. One where he might die of infection from a paper cut or dysentery [especially if he goes on the Oregon Trail], but, you know, tradeoffs. Of course, the captain finds out, and she launches a TOMAHAWK MISSILE at the weapons that were stolen. Somehow this only emboldens the Confederacy to move forwards on the plan to battle at Bull Run, instead of, you know, freaking the hell out over how the North got giant airborne explosives. Sure. We’ll go with that.

Now you might think this is enough mucking with the timeline for one Naval ship. You’re wrong, of course. They help with the Battle of Bull Run, bombing the hell out of the confederates and generally ensuring a complete Union rout. The Confederates then consider resorting to guerrilla warfare, but nope, the captain saves the day by meeting with Robert E Lee and Jefferson Davis; after meeting her, they decide their honor won’t let them fight a dishonorable war, and they immediately surrender and free all the slaves. Lincoln then gives the ship permission to go wormhole hunting, and they sail around until they go back through the wormhole into 2013. There’s a very odd moment where a crewman dying from a heart attack has a miraculous recovery, so apparently, the wormhole has magic healing powers as well, but that never gets addressed again.

In 2013, meanwhile, the ship was only missing for 8 hours, even though months had passed for the crew in 1861. History was indeed changed by their actions: We apparently elected a black female president in 1921, who is, of course, the descendant of one of Jefferson Davis’ slaves; somehow we inspired Japan to pursue peace and so Pearl Harbor was never bombed; Germany dropped a nuke on Pennsylvania but lost World War 2 anyway; the Civil War is just a footnote in history; Barack Obama is still president, but he’s our third black president. The Navy totally believes the report from the crew and all the pictures they took of themselves with Abe Lincoln, and the captain and the time traveling investigative reporter/Navy Lieutenant ride off into the sunset together.

I swear, 100% of what I’ve just described is what happened in the book. There were several times where I thought “this is terrible, I should stop reading” but I needed to follow through, and now I’ve shared this insanity with all of you. As I joked on Facebook, it’s as though each chapter the editor said, “Dude, this can’t get any weirder” and the author responded with “Hold my absinthe” [let’s be honest — Miller Time doesn’t inspire this much crazy].

So I read this, and now you don’t have to. I’ll comb Kindle Unlimited for more titles like this, and if you know of any that you want to see reviewed, let me know in the comments. However, this is a family friendly blog, so I will not be reviewing the Amish erotica, no matter how many times my friends suggest it.