I’ve recently moved, and it taught me a very important lesson-never go anywhere without a small multitool. I used my cheap-y Craftsman 10-in-1 multitool for both normal and way out of the box solutions, and I don’t think I could have survived the moving process without it. 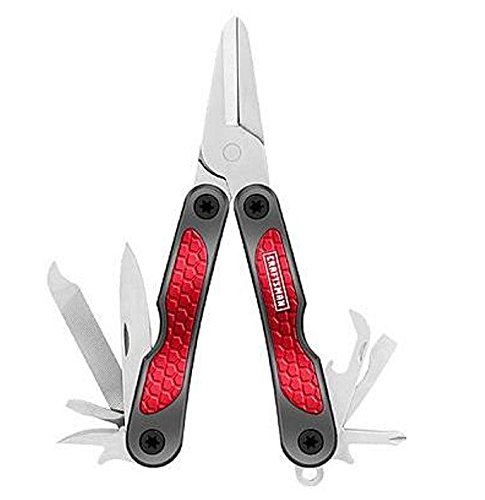 This little beat up Craftsman was an impulse buy at the hardware store a few months ago (I’m nearly positive I paid less than $10 for mine, so check your local stores). I didn’t really think I needed it, but I always like carrying a small toolkit, and it looked fairly handy, especially with the scissors in the handle, making them much easier to use without running the risk of clipping my fingers. They did come in quite handy, as did the built-in blade, for slicing open boxes and breaking down cardboard easily. Sure, I had a real razor for that stuff at home, but mid-move when I didn’t have a full tool set it was always easier to have a blade on hand.

Then there were the smoke alarms I had to install at the old place. We had wired alarms, and in replacing them I had to also swap out the wall plates. Most of the tools were packed and taken away already, and I had a flat head screwdriver but no Philips head one. Of course, roughly half the screws that were holding the old wall plates were Phillips heads, and while I do not generally recommend it, I did manage to successfully install new smoke alarms while using a teensy tiny screwdriver head from the Craftsman. The other reason why I had to improvise was that some of the alarms were in less than easily accessible spots, so once I was up there to swap the plates, I wasn’t coming down until I was finished. I think it actually reflects well on the ergonomics of the Craftsman that I was able to use the teeny screwdriver while precariously balancing on an entertainment unit from the “we swear it sort of looks like wood” section of IKEA. 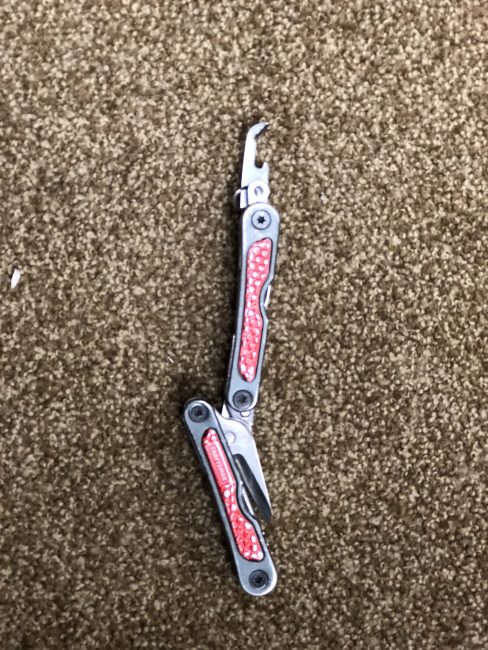 Finally, the bottle opener saved me some serious hassle and potentially a cleaning charge. As I was doing a walkthrough on the house, I realized we missed a sticker on the window, and further, time and heat had pretty well-baked Mickey Mouse on there. I’m pretty sure our buyers are adults and therefore didn’t want to look at Mickey while eating dinner, but I also didn’t have any hard brushes or something to combine with Goo Gone to carefully remove the sticker. My solution was to douse the sticker in Goo Gone, then carefully scrape it away with the bottle opener; since the bottle opener wasn’t terribly sharp; it didn’t create gouges in the window, but it was the perfect shape and texture to gently scrape Mickey free.

It was really that last bit of MacGyvering that made me look at my impulse multitool in a whole new light. It’s not just the screwdriver or the handy little knife, but the ways you can use various small, sturdy bits of metal to solve all kinds of home issues. You never know when you might need to open a beer, rebuild a bookshelf, or carefully cut out some pretty snowflake designs, but if you carry a halfway decent multitool you’ll always be prepared!