Toyota is getting ready to roll out the next-generation RAV4 compact utility vehicle later this fall, a vehicle we introduced to you earlier this year. So it came as a surprise when the 2018 RAV4 Adventure model rolled into our test driveway just barely ahead of the 2019 arrival. 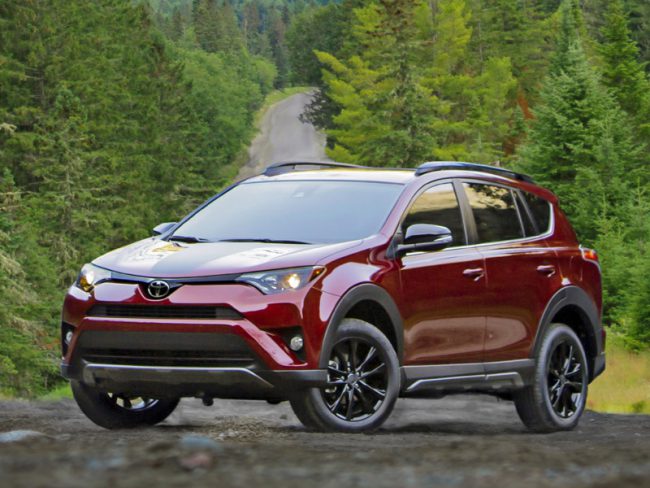 The Adventure trim level arrived last year with intentions of buyers taking their Recreational Adventure Vehicles-4WD (RAV4s) a bit further off the beaten path. This package adds a bit more rugged styling (hello male demographic) along with a bit more ride height, durable interior materials, and some additional “goodies.” When looking at the RAV4 lineup, think Dwayne Johnson’s character in the movie Jumanji for the Adventure grade. It’s still Hollywood, but it looks really good. 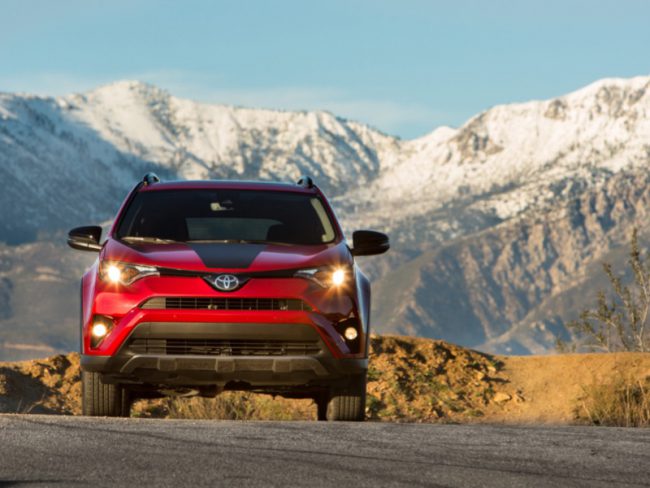 Basically, the Adventure model combines attributes of the XLE trim level with design elements of the sportier SE grade. It is offered in front- or all-wheel drive running gear with dynamic torque control arriving on AWD models. The Adventure grade is not offered with a hybrid powertrain as other trim levels are – powering the Adventure RAV4s is the 176hp DOHC 2.5-liter four-cylinder gasoline engine mated to a six-speed automatic transmission with Eco and Sport driving modes available. 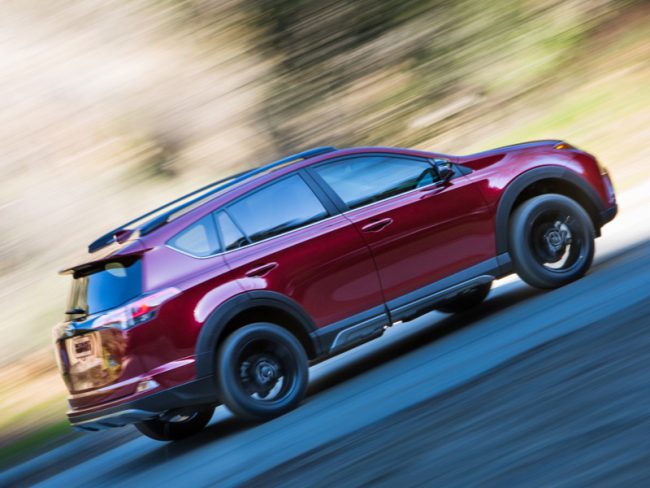 Two types of additional traction control systems are available on the RAV4 depending on which type drive system is chosen. FWD models offer automatic limited-slip differential that can be engaged below 25 mph. This allows for additional grip while not cutting into engine power as traditional traction control technology does. Power is distributed to the best wheel with traction at any given moment. The AWD systems utilize dynamic torque control that takes input from various sensors including speed, steering speed and angle, and throttle angle and yaw rate to actively govern power distribution to the rear wheels via the electromagnetically controlled coupling in the rear differential. AWD lock is available at speeds up to 25 mph, and the system reverts back to auto at speeds above that with up to 50 percent torque able to be sent to the rear wheels. 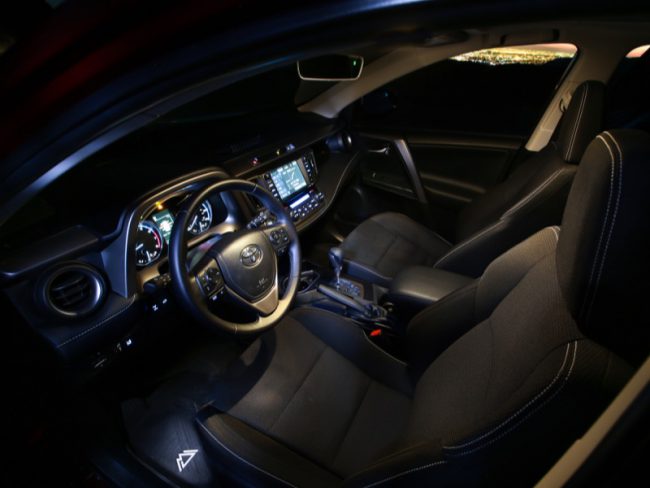 While the Adventure model RAV4 looks good on the outside, it is very functional inside. We had no qualms about jumping in after a day at the water park for recent birthday celebrations and there was no need to put down towels or other protective articles as the Adventure is made for, well, adventure. Durable cloth seat fabric allows for dirty or wet clothing while rubber, non-slip floor mats are designed to accommodate your grungy footwear. In the rear cargo area is another large weatherproof mat along with a convenient 120V/100W power outlet so you don’t have to leave all your creature comforts at home. Up front is a decent 6.1-inch multimedia touchscreen display with all of the usual suspects including navigation and JBL sound system included in the Toyota Entune bundle. Seating is very comfortable for four adults with places for five. The second-row seats recline and fold flat for additional cargo space (although it exposes carpet ahead of the rear rubber mat). 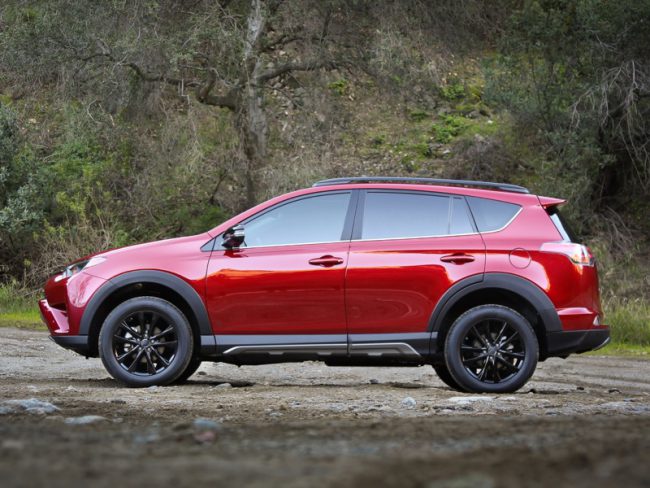 RAV4 drivers and passengers benefit from more than 20 years of engineering work to get the crossover “just right” on the road, as well as off. We enjoyed a very stable ride with outstanding handling and were surprised at how quiet and smooth it is inside the RAV4 even in Adventure trim. The tires add just ever so little road noise but not to the point where voices have to be raised to enjoy a conversation going down the road. Despite the four-cylinder engine, there is ample power available at the pedal is mixed driving situations. While we never four our way off pavement we did get to push the traction control systems to engagement during some unusual summer rain showers and the RAV4 never let us down. 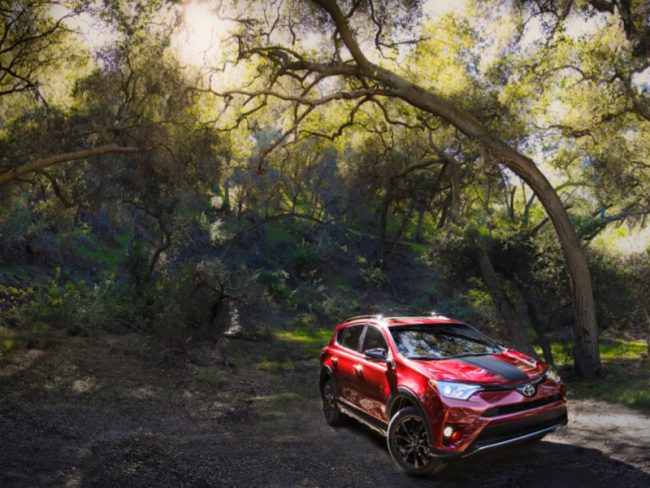 Pricing for the 2018 RAV4 Adventure begins (began) at $27,700 with our nicely optioned tester arriving with a final window sticker of $32,440. This included a factory discount of nearly a grand and given Toyota has announced the 2019 models arriving late this fall I suspect other discounts will follow for MY2018 vehicles. Fuel economy for our AWD tester came in at 22 mpg city and 28 mpg highway. Safety technology includes hill-start assist, pre-collision system with pedestrian detection, lane departure alert with steering assist, dynamic radar cruise control, and automatic high beams. Properly equipped, RAV4 can tow up to 3,500 lbs. 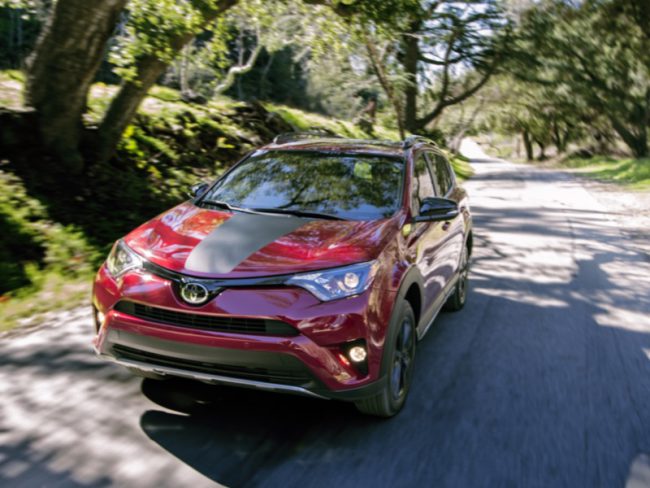 The time for this generation RAV4 is coming to an end, with the new fifth-gen model on the horizon. It will feature some familiar styling with other members of the Toyota showroom, probably a necessary move. RAV4 has been a very good compact utility for more than two decades, and now it is apparently time for some changes, especially given the crowded crossover field available to consumers these days. We enjoyed this one and are really looking forward to the next generation RAV4. 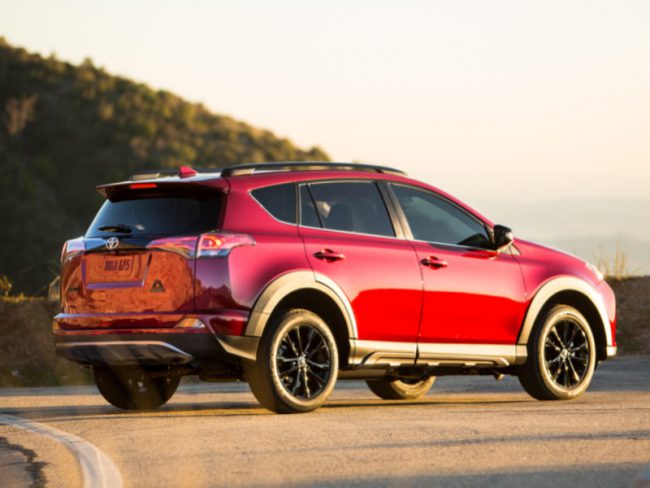