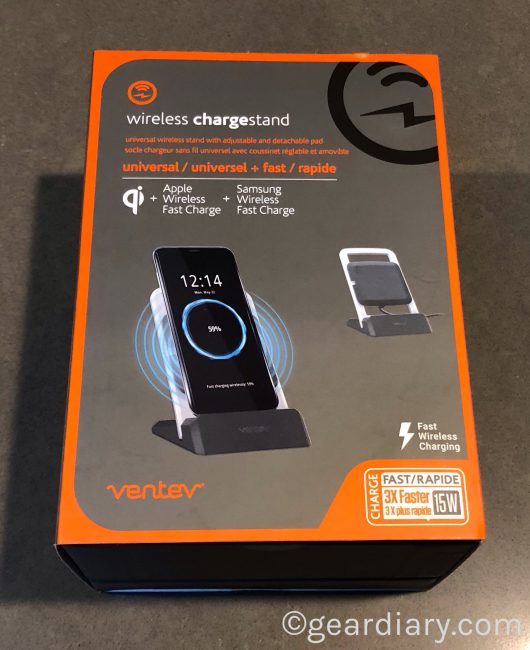 The Ventev wireless chargestand comes in either gray or white. Ventev describes it this way:

This next-gen, super-fast 15W charger features two inductive wireless charging technologies in one. Harnessing the power of Qi and Fast Wireless Charging, the universal wireless chargestand is compatible with most wireless charging devices, including the new Apple phones. 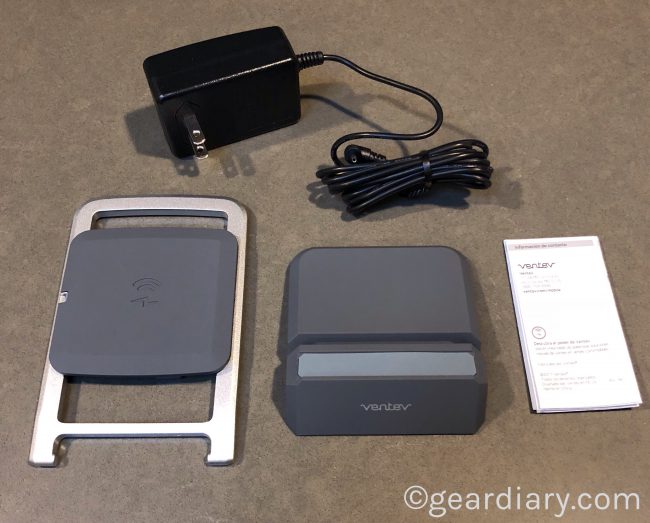 The car charger comes in four parts. There’s the wall adapter, the charging puck, a frame that holds the charging puck and a charging stand for times when you want to be able to view your phone while it’s charging. 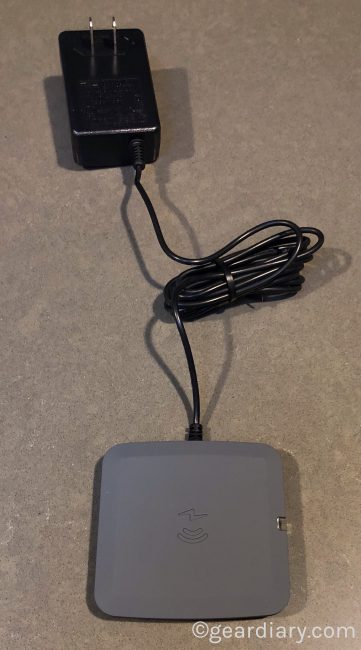 The charging puck is a rather simple affair. It’s a square of plastic into which you plug the AC adapter. Placing your phone on the puck begins the charging process. It delivers two different types of wireless charging at remarkably fast speeds. There’s the Qi charging, but there’s also Fast Wireless Charging standard that delivers 15W of power. That’s far more than most of the charges on the market.

2-technologies-in-1: Ventev has harnessed the power of next-generation Qi and Fast Wireless Charging technology for a truly unique offering that puts us ahead of the curve. 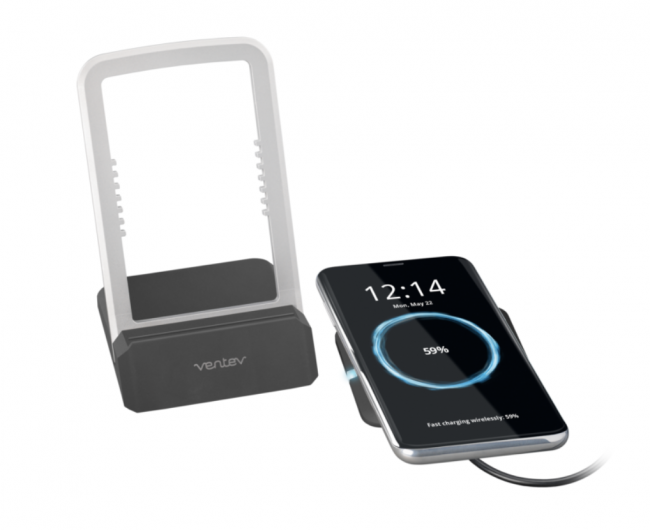 If you are using the charging puck on its own, the device works similarly to the previous inductive charger we reviewed and most others on the market. You simply plug it in, lay your phone on top of it, and your device will begin the charging process. 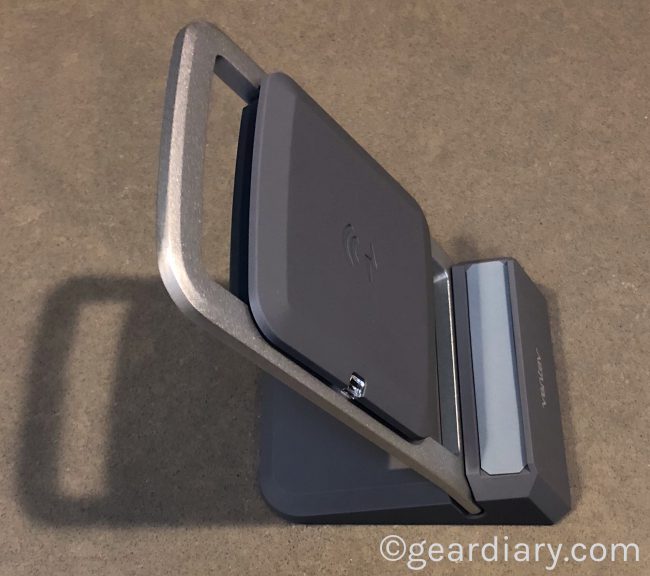 The stand is also a simple affair. It has a plastic base and a vertical metal stand for holding your phone. 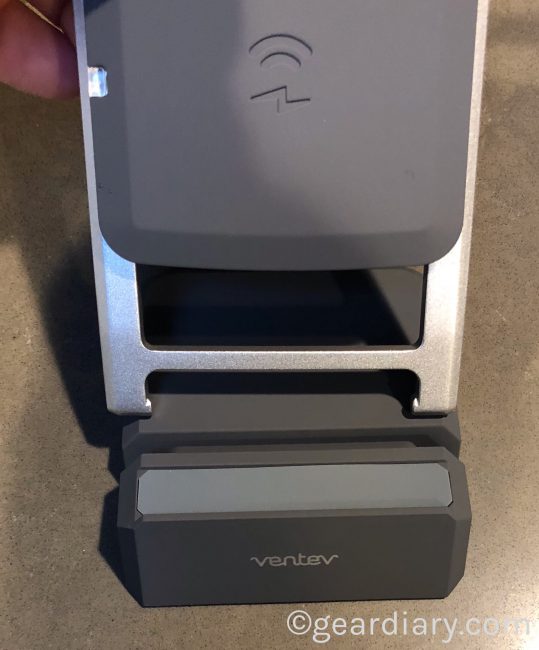 At the point where the phone would sit there is a raised lip and a bit of rubber so that your phone, once in position, won’t slip off and, if you don’t use a case, won’t accumulate scratches. 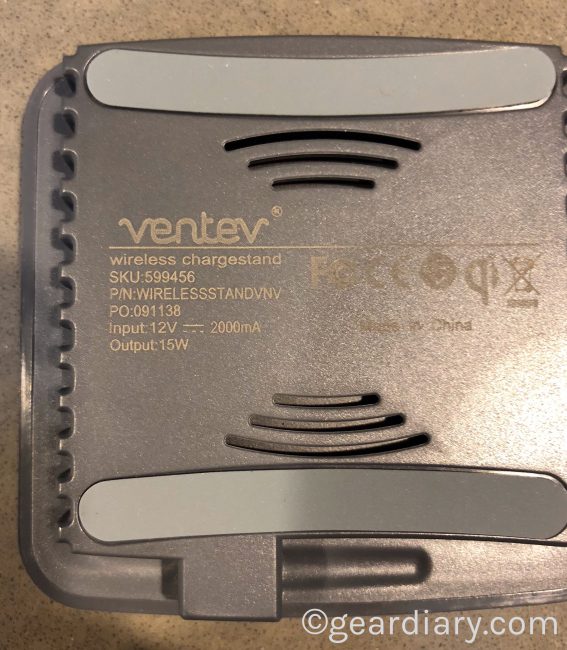 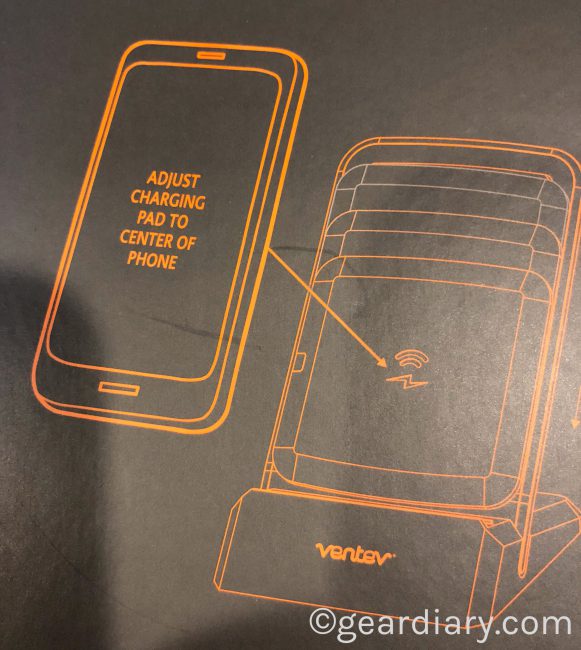 This allows you to position the charging puck higher or lower on the stand depending upon the phone you’re using. That’s a great function since it means you can use a variety of different phone sizes with the same charger and it won’t become obsolete if you get a new phone. (This is, of course, because the charging coil in the charging puck and the coil built into the back of the phone need to be aligned for power to flow from the charger to the device.) 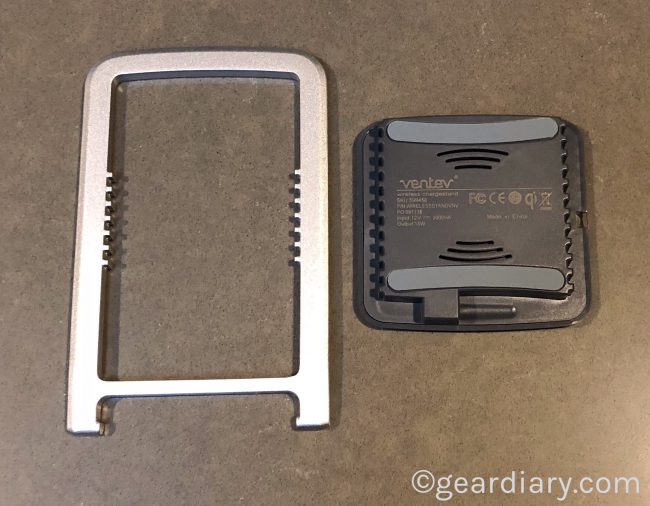 The design works quite well and allows you to view your phone as it’s being charged.

There are a few things that make this wireless charging accessory stand out.

As previously mentioned, this wireless charger offers a 15W output. That means phones equipped with super fast wireless charging will be fully charged in far less time than previously possible.

From 0-50% in 60 minutes: With fast wireless charging and reliability that powers your device up to 50% in an hour, our products are some of the fastest in the market.

(It is worth noting here that when Apple initially rolled out the iPhone 8 and X the wireless charging was limited to 5W. A few months later they increased it to 7.5W, and it has stayed at that level ever since. As a result, the 15W output on the Ventev wireless chargestand is meaningless to me now but may become relevant shortly.) 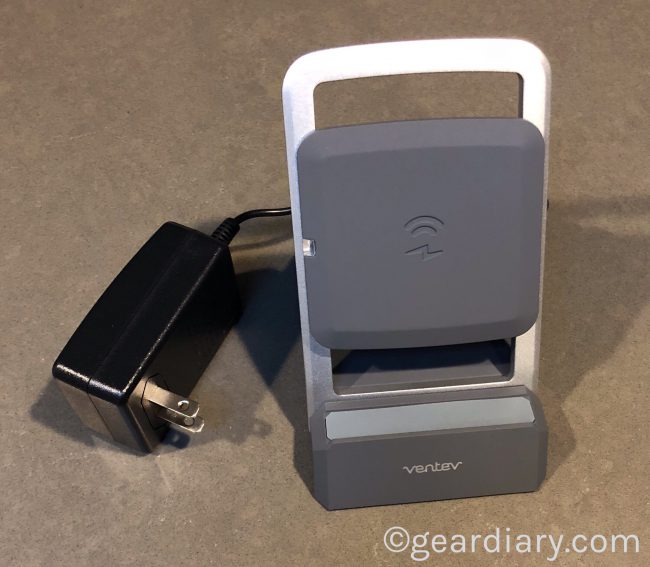 OPTIMAL WIRELESS CHARGING POSITIONS: There are 8 possible positions the puck can be placed on the wireless chragestand. We will call the bottom most position 1 and the top position 8. The table below shows the optimal position for the puck to charge your phone the fastest. 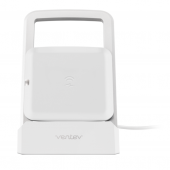 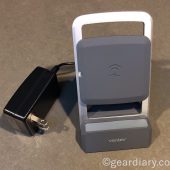 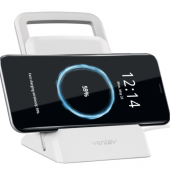 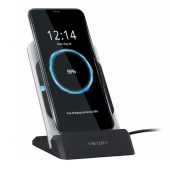 The result is the fact that the adjustable puck allows for charging when the phone is in both portrait and landscape modes, or when you lay it flat on the puck itself. (Charging is, of course, optimal when the puck aligns with the center of the back of the phone.)

One of the great advantages of this design is the fact that you can use the inventive charger on your desk and then when the time comes that you need to travel, you can simply grab the charging park and wall adapter and throw the small accessory into your gear bag. In other words, while this charger is designed to only deliver power to a single device at a time, this charger is really at least two different products in one – a flat charger and a charging stand. There are a lot of chargers on the market, but this is a rarity in its dual usage and the speed with which it’s able to charge your devices.

In short, if you want a wireless charger that offers the flexibility to choose between laying the phone flat and having it upright for easy viewing, and you want a charger that will fill up your phone’s battery as quickly as possible, and you don’t want to spend a fortune, the Ventev wireless chargestand is for you. It has an MSRP of just $59.99, and you can order yours here.

What I Like: Charges as fast as the technology built into your phone will permit; Holds your phone either flat or in a cradle for viewing; Reasonably priced; Height of the puck can be adjusted when used on the stand to accommodate a variety of phones and the placement of your phone in landscape or portrait

What Needs Improvement: The industrial design may not be for everyone