On a chilly October night, Anker held their first-ever live product launch in NYC. Announcing products from a number of their brands, Anker impressed with new 27W PowerPort Atom chargers, an updated Nebula Capsule II pocket projector, the Soundcore Model Zero and Zero+ Bluetooth and WiFi speakers, and a groundbreaking security system from Eufy. Read on to find out more! 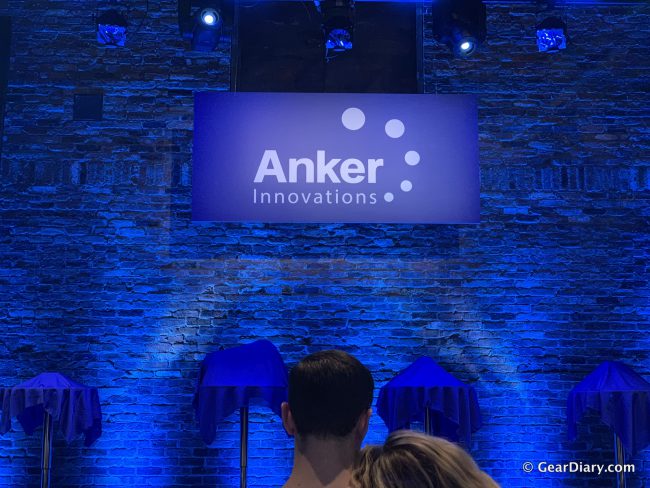 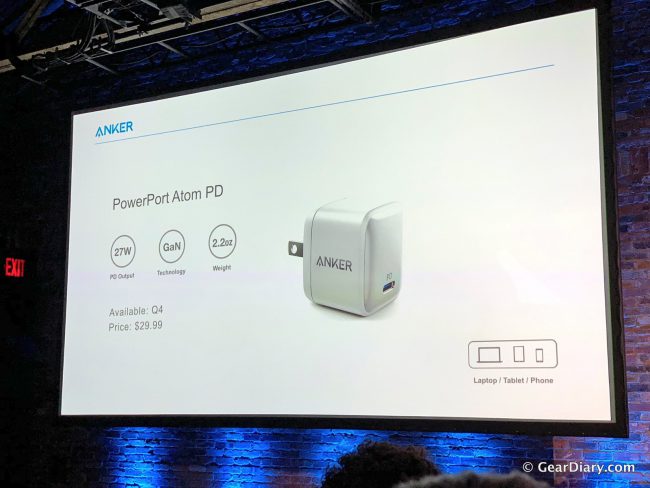 Anker’s new PowerPort Atom wall chargers use Gallium Nitride components that allow the charger to reduce inefficiencies in charging output in order to deliver up to 27W of power. Using Gallium Nitride also allows Anker to make the chargers smaller and lighter as well. Think about it, this allows your laptop charger to be the same size as your iPhone charger! 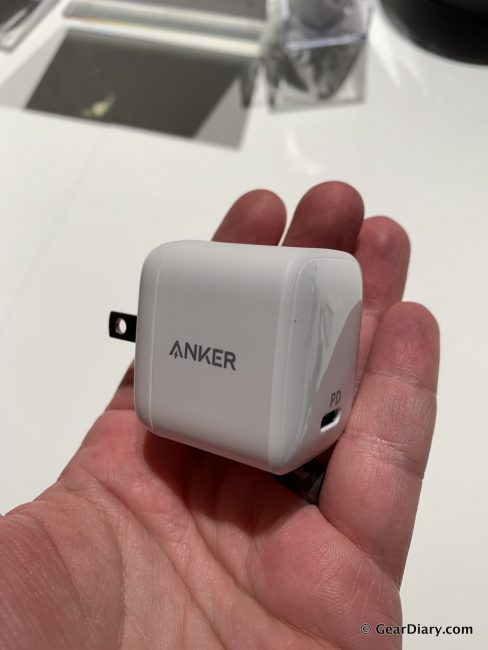 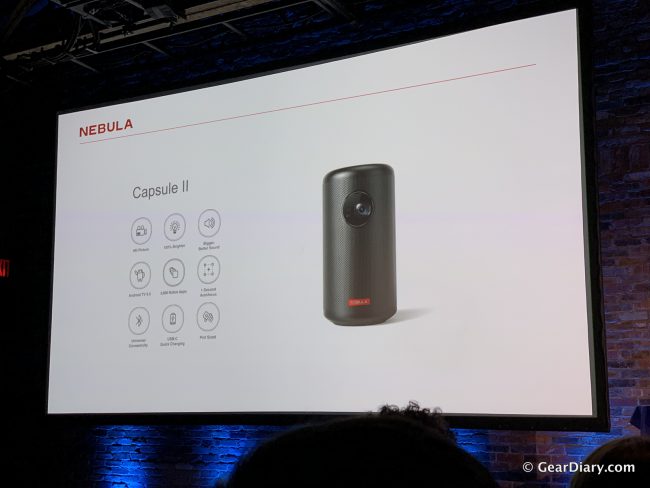 Also unveiled tonight was Nebula’s second generation Capsule II pocket projector, powered by Android TV. It’s the same soda-can size and adds a ton of new features like Android TV, Google Assistant, HD 720p picture quality, improved audio, and more! The Capsule II has a resolution of 1280×720 pixels and a brightness of 200 ANSI lumens. The Capsule II is launching on October 26th, 2018 on Kickstarter, with the early bird pricing starting at $349. 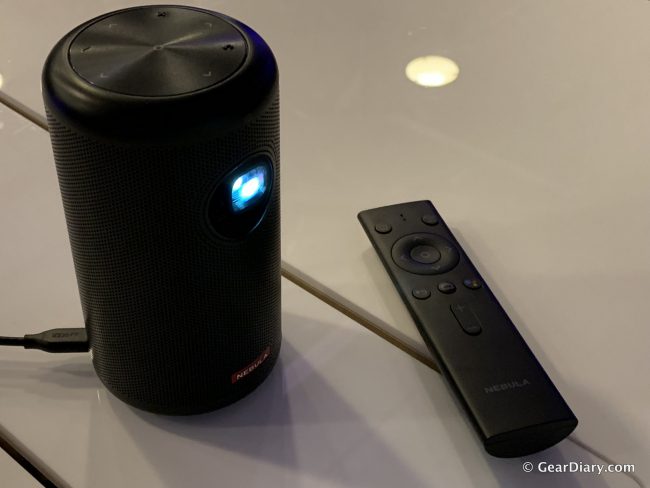 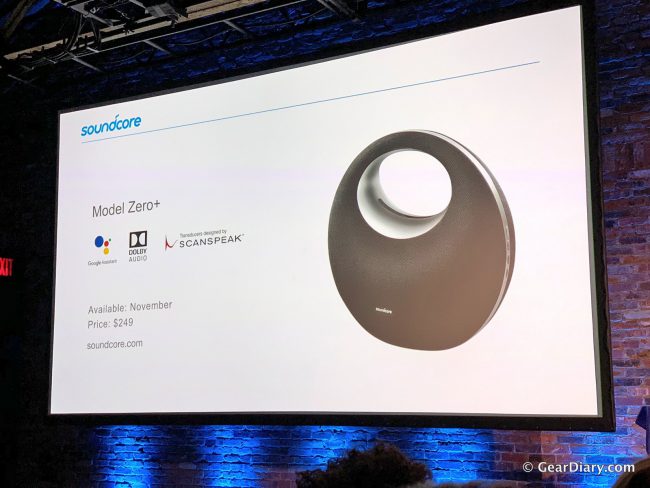 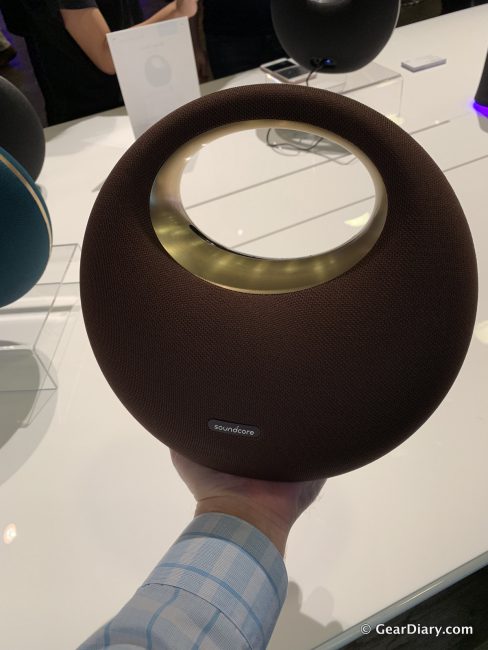 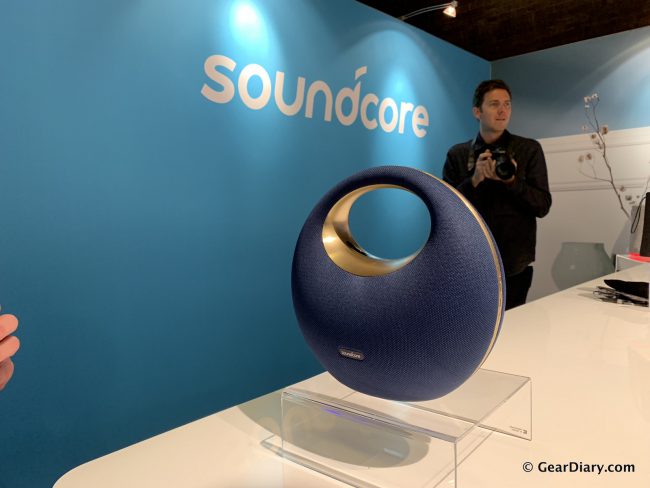 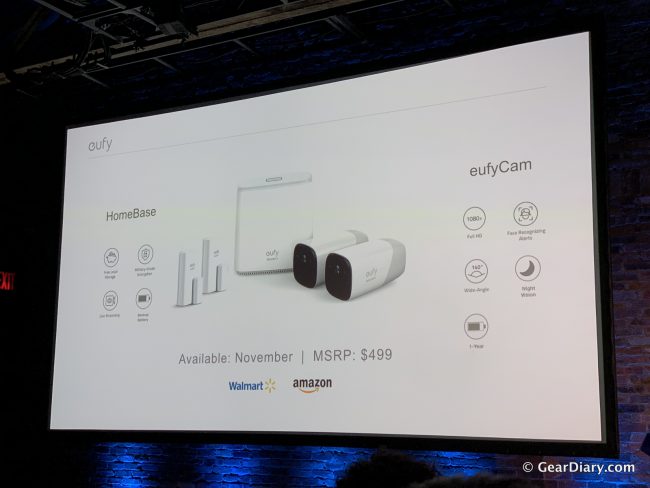 My favorite product announced tonight was the Eufy home security system. Featuring HD cameras that have a 1 year battery life before needing to be recharged (that’s right, 12 month battery life), face recognition to reduce false alarms, free local storage so you can view all recorded videos for free, and a battery backup in the base station that can protect your home in a power outage. What’s amazing about this is unlike options like Ring, there will never be any “cloud storage” fees to watch your videos, because they’re all stored locally in your home. I can’t wait to check this out. 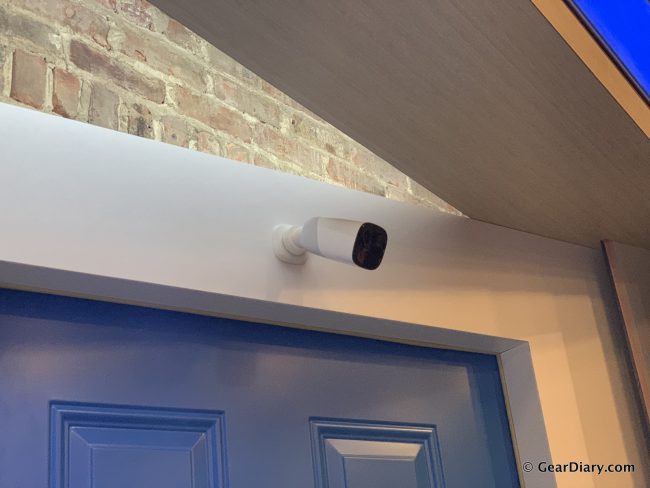 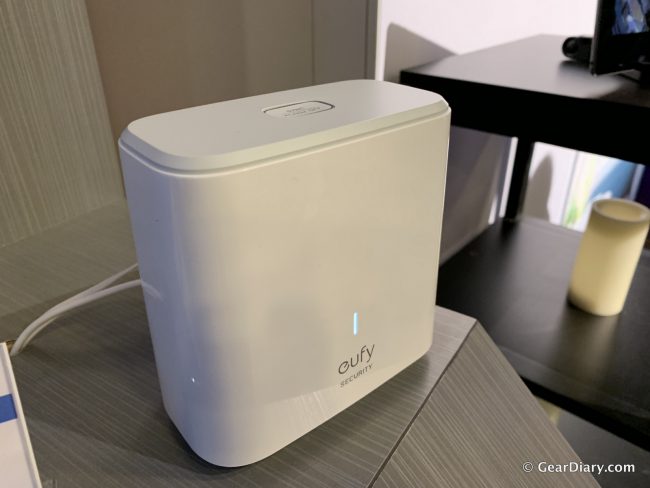 Anker put on a great show and we were excited to be attending their first-ever live event. It was nice getting a quick hands-on with the new products as well. Stay tuned to GearDiary.com where we’ll be reviewing these items as soon as we can! 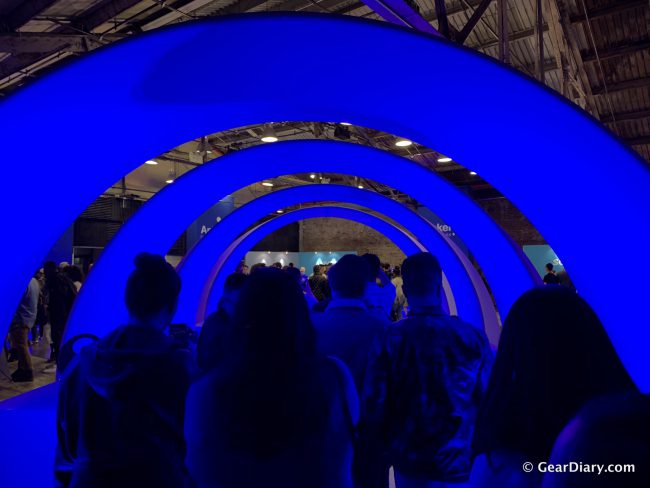 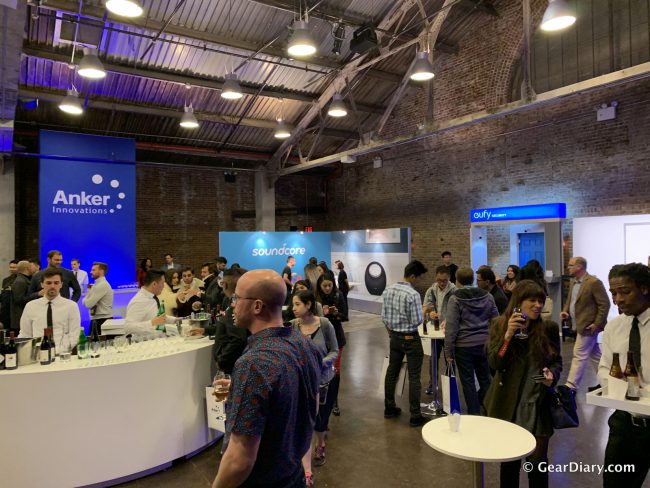 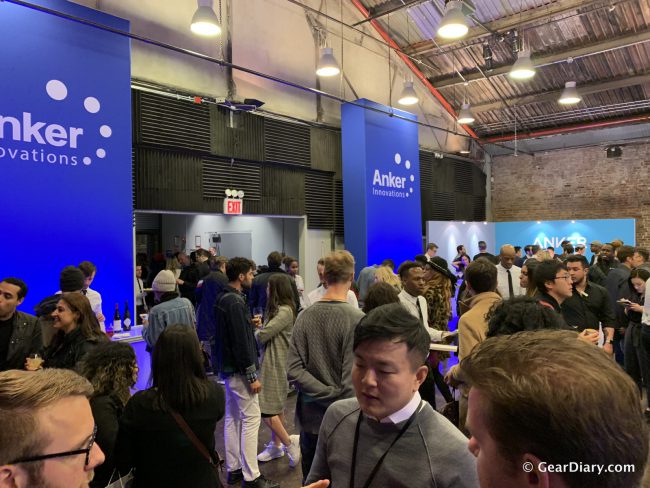