I was relaxing after going to the store today, when I came across this video via Mashable that was produced by Nature Valley. Yes the Granola Bar people. It explores the differences between generations with what they do/did when they were kids, and paints a dreadful picture of our kids who never go outside; thing is, it’s NOT the truth.

My son, Luke, who is 16 has an iPhone. He LOVES his iPhone and uses it all the time. However, it’s just one of many things that he does. In fact, there’s one singular thing that over rules anything else including his phone and that is bowling. Friday our whole family is traveling to Chicago, Illinois so that he may bowl in singles, doubles, and team events in the National USBC Youth Open. This will be our fourth year in the tournament, and it is shaping up to be his best year yet. Since the regular season has passed, he’s been improving and practicing every other day, and he’s officially rolled his first 200 game in the summer league and has bowled many 200 games in practices. If you asked him if his iPhone is more important than bowling, he’d say bowling. Without question.

What else does my son do? Well he also rides his bike or scooter. Quite a bit actually. He also likes to play basketball and swim. A lot of the things that I did when I was a kid. So is he really addicted to technology and his iPhone? No. Does he love it? Yes. Does he ever want to live without one? No. Is it more important than anything else? No.

Granted, my son is just ONE kid. However, in my neighborhood I constantly see kids out riding bikes, playing ball, and even mowing the grass. Go a block over to our closest park, and there are always kids at the basketball court and at the spray pad. Not too far away at Heer Park is a BMX track, and there are frequently kids racing their bikes. Are these kids addicted to tech? No.

While I DO see how easily it can become a problem, I also think it’s this generation’s Television. When I was a kid, the thing parents and grandparents always chided us on was watching too much TV. Guess what? We still went outside! So is this a problem, or is it simply just one more thing that kids do? Share your thoughts below! 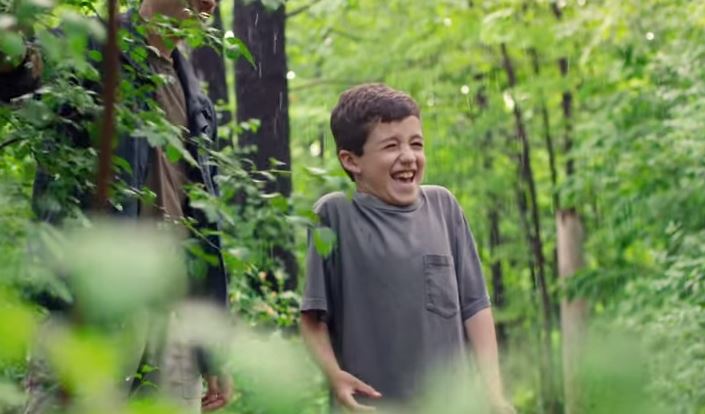