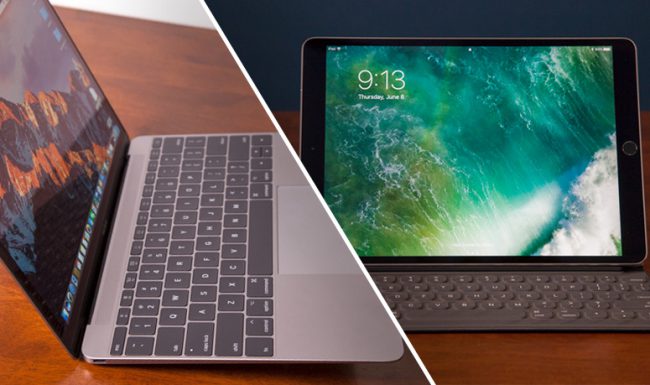 I love the iPad – no really, I LOVE it! Since 2010 I have bought a new iPad with each release, and have often written about my experiences and called the iPad my ‘90% Computer’.

I type this on my 2nd Gen 10.5″ iPad Pro with Apple’s Smart Keyboard cover, which is my single-most used computing device – I have my iOS and Android phones, a PC for gaming, and a MacBook Pro for my music studio. Pretty much everything else happens on the iPad, from email and social media to productivity, media consumption, banking, music, games and more. In very many ways, it is possible for loads of people

But a couple of years ago, Apple released an ad for the new iPad Pro that drew both ire and ridicule for the line ‘what’s a computer’ uttered by a young person using the iPad Pro with a keyboard attached. The push was that between the advances of the iPad design, Apple’s processors, and iOS features the iPad Pro could eventually make a traditional computer obsolete. And I have friends who have done exactly that!

So it was somewhat surprising yesterday to see Apple’s NEW iPad ad called “5 Reasons iPad Pro can be your next computer” – and also discover that the ‘what’s a computer’ ad had been pulled from YouTube. The premise is simple – highlight key features that make the iPad a great laptop substitute, such as:
– Computing power – which is very true.
– Capabilities – between high-quality built-in cameras and powerful apps, you can use iPad as a full-on multimedia workstation.
– Portability and battery life, along with optional LTE connectivity.
– Drag and drop touch interface
– Apple Pencil

Those last two were the ones that REALLY made me stop, rewind the video and watch again. Seriously – Apple dedicated 20% of their key reasons for the iPad being a great computer to its touch interface. Think about it – they are saying that one of the top things that a computer needs is a touch interface – and NONE of their computers have one.

Yes, I know that the precision and utility of the iPad touchscreen is much better than on any of my Windows-powered laptops or hybrids – but that isn’t the point. Apple has shifted its positioning for the iPad from ‘an alternative path’ to ‘another choice’. What it fails to notice is that the key differentiating factor between iPad and a ‘real’ computer is the operating system. And what is REALLY keeping the iPad from being ‘my next computer’ is that iOS can no longer keep up with the incredible iPad hardware.