Toronto-based Nanoleaf, who is best known for their popular triangular-shaped Nanoleaf Light Panels, has wowed onlookers at CES 2019 in Las Vegas with their new product, Nanoleaf Canvas. Canvas is made out of edge-to-edge light squares that are touch sensitive, react to music and sound, and integrate with Apple’s Siri, Google Assistant, and Amazon’s Alexa. 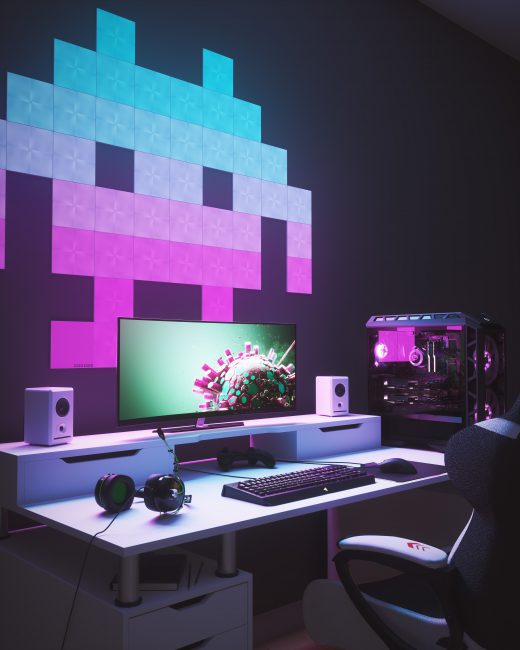 Each light square is 5.9 inches by 5.9 inches by an astonishing ½ inch thick. The squares weigh just about 6 ounces and are attached to your wall, ceiling, or any other surface (except maybe your floor) using double-sided mounting tape. The individual squares can be linked together, using the included “linkers,” in many different types of configurations.

Check out Nanoleaf’s intro video for a brief overview:

The Nanoleaf Canvas panels work out of the box after being plugged in using the included AC cable, however using the Nanoleaf app, you can customize them even further. You can automate your light squares by setting a schedule, set the lights to follow a pre-determined pattern, or create your own pattern. 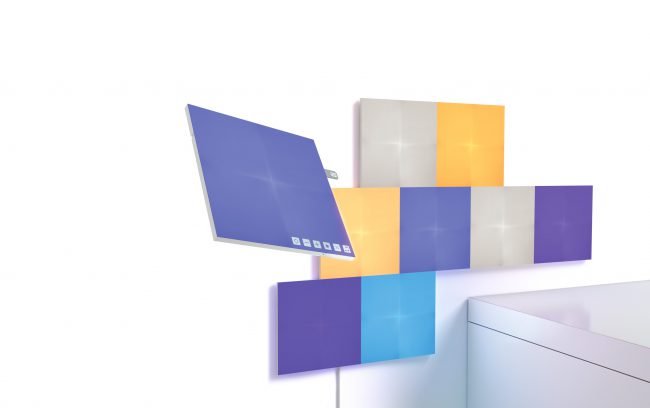 The Nanoleaf Canvas being illuminated edge-to-edge really creates this futuristic vibe that felt a little lacking with their previous products, which required non-illuminated sections of the panels at the corner. Also, the fact that the Canvas comes with sound reactivity built-in is awesome, since you had to purchase an accessory with their previous Light Panel product. 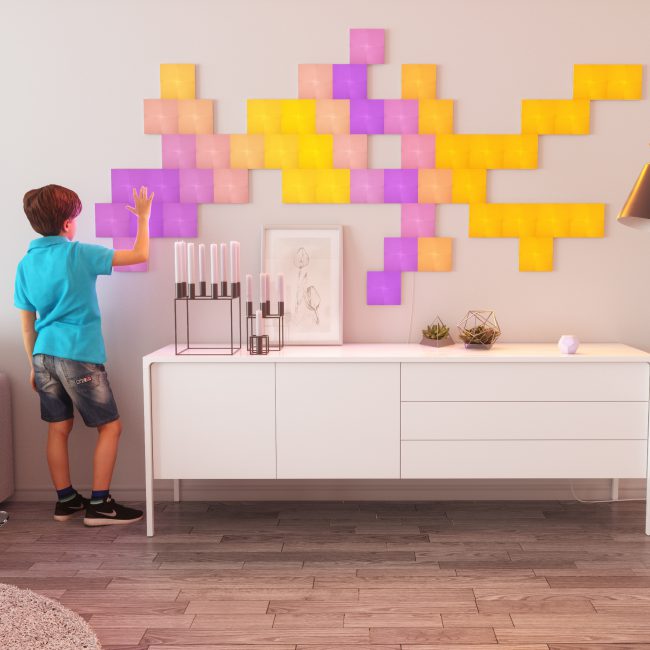 Nanoleaf also debuted a new product that’s not supposed to hit the market until Q4 of 2019, the Nanoleaf Hexagon Light Panels. These panels appear to be similar in design and features to the Canvas, however, the six-sided design will allow even more creative configurations. You can connect up to 500 hexagons, with a new power supply required for each 25. 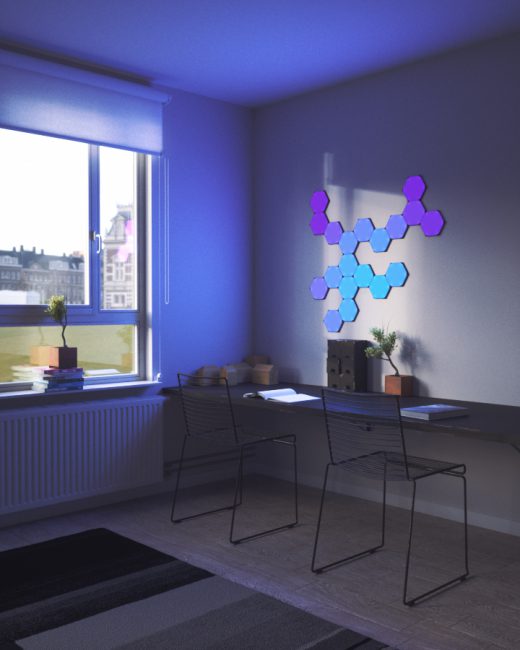 We’ll be reviewing the Nanoleaf Canvas in the coming months, and we look forward to bringing you a hands-on account of these innovative and gorgeous panels.