10 years ago, people were predicting the physical book was dead. eBooks were the rage, and everyone was predicting Kindles and Nooks would replace physical books on our shelves, in our backpacks, and on our nightstands. Instead, the physical book launched an unexpected comeback, the Nook is dying, and eBooks are back to being a niche; but they’re not dead. 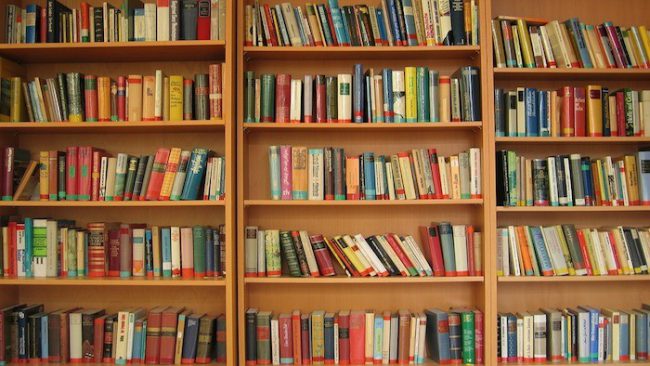 I’ll start by admitting I love eBooks; I’ve used them since the early days of Palm Pilots. I will read literally anything in front of me, so having a book on hand no matter where I go is indispensable. These days, though, I hardly pay for eBooks, at least not directly. Most of my library comes from Kindle Unlimited and/or Overdrive via the public library. Kindle Unlimited is very hit or miss; it’s the ebook equivalent of browsing a used bookstore sale, where you might find crap or you might find a hidden jewel. It’s $9.99 a month, but I figure if I find 1-2 good books per month out of it, it’s worthwhile. Also, there’s a surprising number of classic and famous works available, from Lord of the Rings to Harry Potter. I’m also extremely lucky that my local library has a robust Overdrive catalog, and I’ve found that roughly 80% of the time I can find a book I want via Overdrive eBooks.

At the same time, I’ve drifted back to physical books for a lot of uses as well. I prefer a physical textbook for school, even though I could and have used my Kindle when I didn’t want to haul a giant textbook around. There’s just something about highlighting and taking physical notes that make recall easier. In addition, there’s nothing quite like wandering a bookstore, where you don’t have a plan and you can just browse what looks intriguing. No matter how refined websites become, it feels different to randomly walk a store than to scroll through endless online catalogs.

This contemplation of my reading habits was triggered by an opinion piece over at Good eReader, where they opined that eBooks are on the decline. They aren’t totally wrong-Barnes and Noble’s own numbers show how precipitously the Nook business fell over 80% in a four-year span. And physical book sales are seeing an uptick across the board. But this doesn’t mean eBooks are dead. It means the novelty has worn off, and eBooks are finding their place in the pantheon of ways to read. It used to be that a reader’s options for books were hardcover, trade paperback, and mass market; hardcover was priciest, followed by trade paper and then mass market. The price decrease usually also came with a portability improvement, since a mass market paperback is much easier to slip into a pocket or bag than a hardcover. eBooks turned all that around and upside down; the traditional wait time/portability balance between a hardcover new release and a paperback didn’t matter as much when you could toss 100 books on your Kindle or phone and go.

The concept of digitizing books also came after music and movies had their very mainstream shift from physical media to streaming and downloading, and it felt on the surface like this was the next big step. But the difference between a book and a DVD is that the DVD required an extra device and steps right from the start. You can’t pick up a DVD and watch it without using a device to read the DVD, plus a television or monitor to watch the content. So streaming a movie instead just eliminated the part where you inserted the disk; it swapped and streamlined the hardware requirements but the basic outline was still the same. Books are different; you don’t need anything extra to read a book, so eBooks almost performed the opposite of what streaming did for other media. Digital books ADDED steps and complications instead of eliminating them. Add in the pricing drama that went on behind the scenes for years, and the shift from tablets/eReaders/phones to phablets, and it becomes clearer why the novelty of a book on your phone wore off in favor of the simplicity of the tried and true printed word.

However, eBooks still have their place. They make sense as a portable solution, and they work phenomenally well as library books if, like me, you constantly forget to go back to the library and suddenly the “free” library book cost you $20 in fines. It’s best to see the eBook as a cousin to the printed book, akin to audiobooks. They are a niche, one that fills a specific need but isn’t for everyone. There’s plenty of room in the publishing world for all these formats to exist in harmony, without the expectation that one market or another must shift entirely digital to survive.