My wife Raina and I were in Costco recently. I was shocked at the price of premium, name-brand razor blades. Seriously, to see how costly multi-blade razors are, even at a place with such competitive prices, was a surprise. It made me take another look at Harry’s razors. 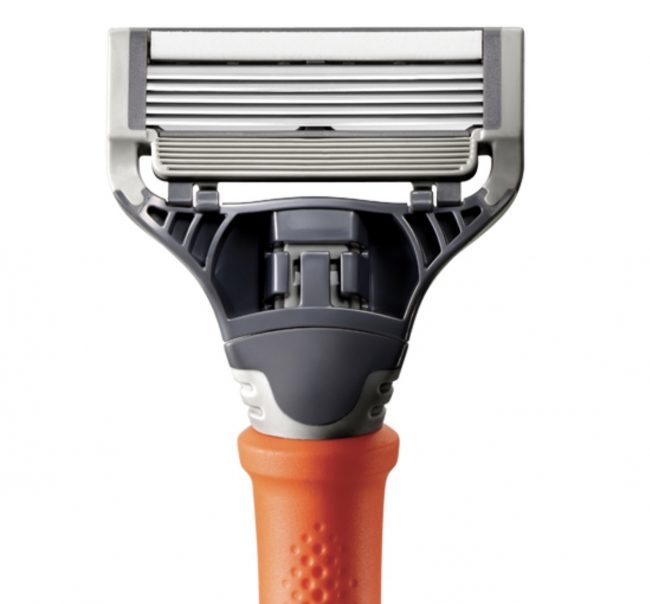 If you are not familiar with Harry’s, you should be. Joel reviewed their affordable razors a few years ago. He titled the review, “Harry’s Shave Plans Review: Is It Good and Cheap?” He had this to say in it,

I’ve long been a blade shaver, and I was hooked on Gillette’s Fusion ProGlide line for a long time.  Well, I am no longer paying Gillette’s exorbitant price, thanks to Harry’s; my face feels better for it, and so does my wallet.

(While his review is a bit dated, it is still worth reading.)

Harry’s works on a subscription model, and they offer a great deal for those of you who are new to their service. We’ll get to that in a moment but first, let’s take a look at what they offer and why Harry’s might be a smart move if you want a good shave but also want to save a bundle. 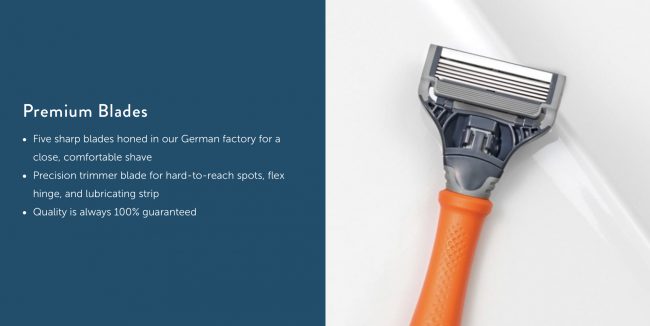 Good razors cost too much…so we fixed it. We knew there had to be a way to get a quality razor without overpaying for it. That’s why we created Harry’s as a return to the essential: a great shave at a fair price.

Harry’s premium razors have five sharp blades that are produced in their very own German factory. In addition, each razor has a precision trimmer blade that lets you get to hard-to-reach spots, a flexible hinge and a lubricating strip built right into it for added comfort. In other words, when you look at Harry’s blade they look rather similar to other 5-blade razors. There is, however, a difference. For example, while an eight-pack of Gillette Proshield razors costs about $4.94 per razor, Harry’s offering is just $2.00. That less than half the price and, for added convenience, the razors arrive by mail on a set schedule. 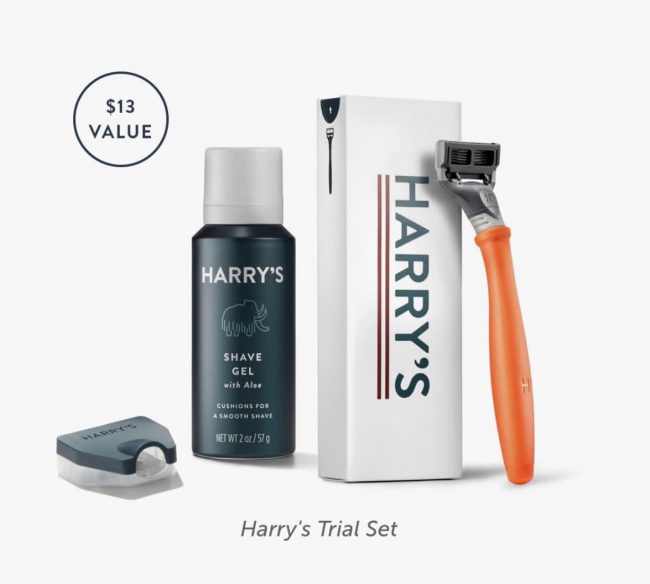 In addition, Harry’ offers a range of products including shave gel, shave cream, post-shave balm, and more. In fact, Harry’s has expanded their offerings significantly since Joel first reviewed their products and the company can now be your one-stop shop for almost every male grooming product. 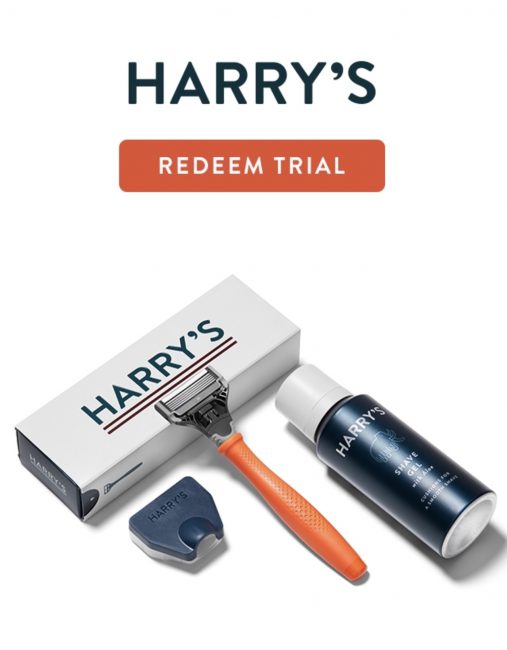 Still, for many, switching razors is no small thing. So Harry’s want to make it simple. A Harry’s starter kit includes a weighted rubberized handle (you can choose a handle in orange, blue or olive,) a five-blade razor cartridge, a travel cover for the blades and a 2.0 oz can of foaming shave gel. Normally this starter kit is $13. That’s a fantastic price on its own but, thanks to this promotion, you can get the complete kit for just $8.00. That’s right, for under $10.00 you can check Harry’ out and decide if you really want to continue paying 2 1/2 times more for your razors or if you want to start getting Harry’s products sent directly to you. Check out the offer here [Affiliate link] and let us know what you think.