3Doodler was once a successful Kickstarter campaign that’s found much success thanks to its impressively made 3D Printing products including the first-ever made 3D Printing Pen back in 2013. So the company’s way of giving back is giving customers great Prime Day Deals. 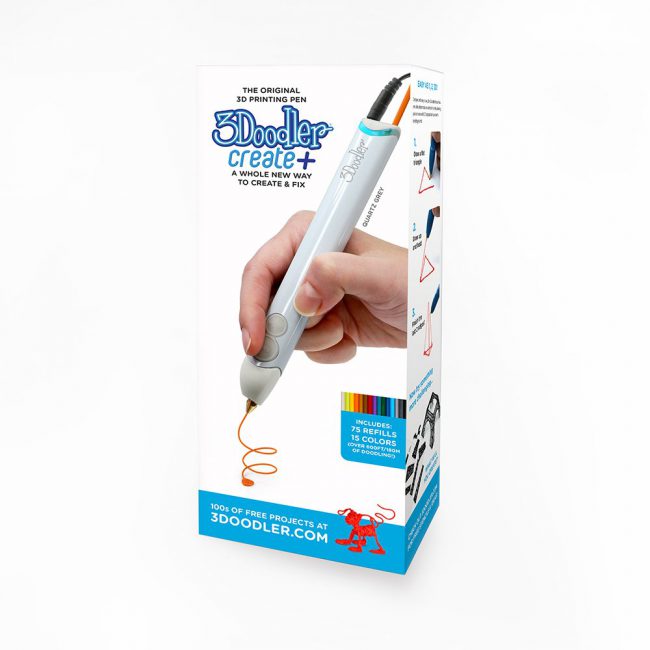 There are four specific Prime Day Deals that 3Doodler has going starting at $39.99, and ALL of the four are less than $100 each, making 3Doodler the most affordable 3D printer available on Amazon’s famous “Prime Day.” The deals are as follows:

The latest version of 3Doodler’s legacy product, the Create+ has been critically acclaimed by reviewers and can print in both plastic (ABS, PLA, FLEXY) and wood filaments.

With special kid-safe features including a tip that heats up to only 110 degrees, and biodegradable, non-toxic filament, the 3Doodler Start engages users as young as 6.

The original 3D printing pen with a bevy of different colors to choose from. It’s sleek and lightweight (like your average high-end ball point pen), with the ability to draw in the air.

Create your own U.S.S. Enterprise using a 3Doodler pen. It should also be noted that NASA is utilizing 3D printing technology in space, so “space-age” fantasies are now starting to become real technology.

All four look like great products — not only as gifts for someone else — but if you dare be a tad bit selfish, you might even want to purchase one for that inner child in you. Head over to 3Doodler’s Amazon page today for more information.