Remember the rainy days and long nights spent sitting in front of a small, glowing cube that weighed more than you while clutching a small rectangular controller? I do. 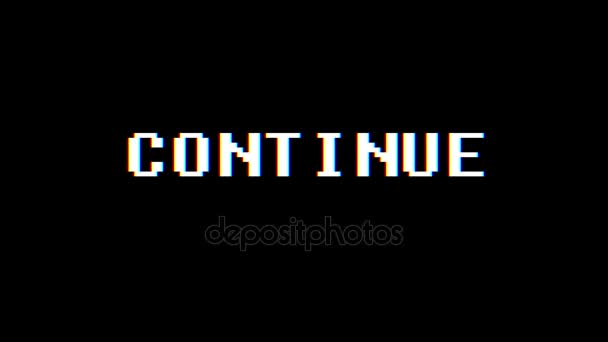 One minute I’m suffering a crippling defeat by Dr. Wily’s numerous minions, and the next minute I’m soaking in a well-deserved hottub of victory over “Iron” Mike Tyson.  So much of my time was spent on plotting and planning my course to the end game. My reactions getting quicker and hand-eye coordination becoming, well… coordinated. It was like being trained by Mr. Miyagi. And just like in the Karate Kid, I realized all that obscure training was setting me up for an unexpected opponent.  One that I saw all too often. It was my greatest enemy as well as the ultimate lesson in life and it wasn’t the final boss.

The “Continue?” screen. It came in many forms. A one-word question. Maybe a countdown attached. Sometimes it was joined by a sorrowful melody. Whatever was displayed, they all had one thing in common… the option to try again. Sometimes I selected Yes and sometimes No. But I always went back more determined and wiser. I went back to beat those games. Not because I had to but because I wanted to. I wanted to prove to myself I could do it. In doing so, I developed the ability to push myself because I wanted to “continue” all of the time.

Thinking about all of those Continues and how they changed my life gave me an idea. What if my daughters were able to learn this as well with just a little coaching? At 4 and 5 they were too young for sports and there is just not enough hours in a day to play 500 rounds of Candy Land (they always cheated anyway).

So, I decided to let them take my childhood for a spin and did they ever.

I hooked up my NES, popped in Super Mario Bros., and handed them the controllers. I figured starting with a game featuring characters they already love would be a good way to draw them in. Their eyes lit up in excitement over the title screen just as mine did so many years ago. I got them set up on 2 Players and set them free. First, they started by walking straight into the first Goomba. Then they learned to run, straight into the first Goomba. Then they learned to jump, hit blocks. It was a frenzy of learning and joy. Jumping, crushing, kicking, and coin collecting. Then, they ran out of lives. On the black screen, they saw their first Game Over. “What do we do now, daddy?” I told them they can try again if they wanted to.

They did. Not even discouraged that they were back at the beginning. I could see it on their faces. Determination mixed with a little more wisdom. The oldest of the two found a mushroom and found out it now takes two hits until you lose a life. They dove deeper into World 1-1. The screen flashed like a strobe light. Alternating between images of life and death. So many Game Over screens. That classic Mario theme playing on an endless loop. Each try bringing them closer and closer to victory until it finally happened. World 1-2 appeared on the screen, and they attacked that level with their newfound sense of purpose and want. No longer were they just playing a silly old game. They were learning a valuable lesson. The same one I had learned long ago while doing the exact same thing they were doing. Trying again. And again. And again.

They eventually stopped playing. Huge smiles on their faces as echoes of giggling filled the room. Sure, at times there was frustration but they never just gave up. I never told them why I wanted them to play my old games. I just wanted them to have fun and hope that they too will one day look back and realize the impact the “Continue?” screen had on their lives. Maybe you can do this with your children too. Dust off that old NES. Throw some batteries into that Game Boy. Hand them over to your little ones and maybe, just maybe, they will continue to “Continue.”

If you want to try this, but you don’t have a retro game store near you and you just want something quick, easy, and HDMI compatible — go ahead and give one of these a try: NES Classic or SNES Classic.

I'm father to three girls, the other-half to my better-half, and the proud owner of rescued pitbull/good boy named Alphie. My nerd-love for video games old and new is only matched by love of all things tech!