Maybe I just have an awkward puppy, but Sparky is one of those pets that you’d consider a “chewer.” So when introducing him to the “Varram” — a “robot for pets” — it seemed that Sparky was more annoyed by it than excited.

Now hear me out, the Varram, pronounced “Vah-rum,” seems like it would be an absolutely fantastic way of engaging with your pet, but it takes two to tango, so your pet ideally should want to interact with the toys they receive. Before we dive into Sparky’s test run with the Varram, let me give you some background on exactly what the Varram is and what it can do. 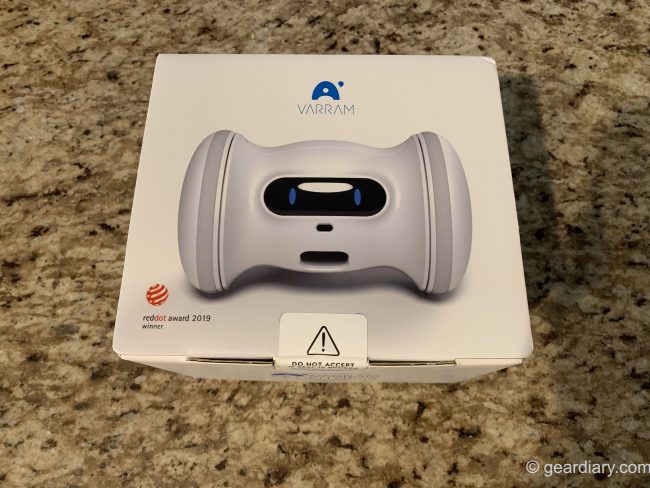 Varram’s Pet Fitness Robot is great for behavioral training and teaching your pet patience while entertaining them with the anticipation of treats. Inside the box, I received some nifty chicken flavored dog treats to use with the Varram, a cat accessory kit (for cats obviously), and the Varram itself. Inside the box, you’ll get the manuals, a cable to charge the Varram, off-road tires (Wait, what? Yes, I asked the same thing), and an “opener” for the Varram that allows you to physically open the Varram to place treats inside. 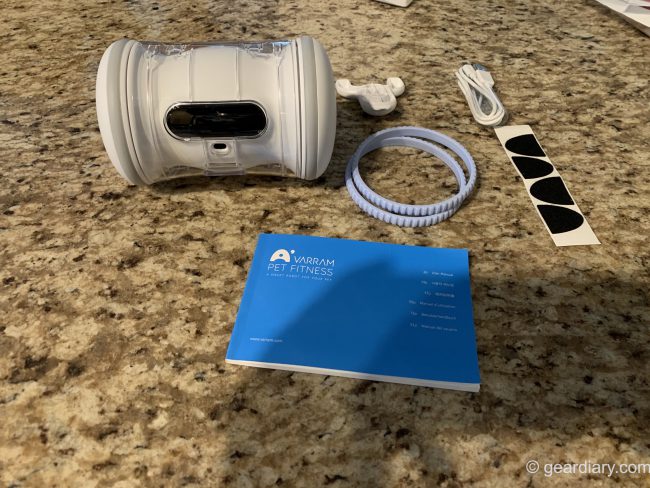 Note: The Varram only takes particularly sized dog treats, and I learned this the hard way. I attempted to place mini “wishbone” treats in the machine, but the chamber would not allow them to come out. Ultimately, I had to purchase treats more like what was originally included in the box.

The Varram itself looks pretty odd if I must say. With its durable frame, it certainly looks like a “robot.” Varram was nice enough to include a guide for introducing your dog to the Varram. Essentially a “hey, there are treats if you properly follow the instructions.” If your dog is like mine, the first time your dog is around the Varram, it will be scared of it  — a similar reaction to how they would be around vacuums like a Roomba, then they are supposed to be excited (this is the part where they see you inserting treats so that goes without saying), and then they adapt and chase the toy in an effort to get treats out of the Varram. Sounds practical right?

Not so much for Sparky. After charging the Varram overnight and introducing Sparky to it, we downloaded the free app, placed the Varram on the ground, and then had it feed Sparky a treat or two to get him used to it. The issue here was that after he got the treat, Sparky never really chased the Varram; instead, he would scurry away when the robot would run around in circles in our living room. Guess it goes without saying that he really couldn’t give a damn about the robot, all he wanted was the treats; if the Verram wasn’t giving them freely, he had no time for it.

At this point, I used the app manually to run through commands in order to move the Varram around the living room hoping Sparky would be entertained by it. While the Waltz & Swing are pretty nifty, and the wiggle and spin gestures all work, the issue stems from you the human navigating the app.

The Varram is so small that if it goes under the couch and your dog attempts to go after it, it could be hazardous to your dog, so I would advise that you are in the home when you let your dog play with this. 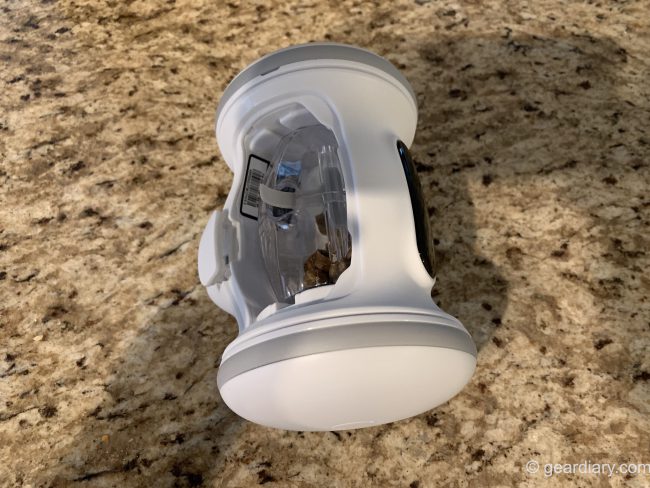 While Sparky might be a special case by not properly adjusting to the Varram, your mileage may vary. Would I suggest the Varram to a pet user? Sure — if your dog is very playful and you find that any toy you give it is their new best friend. But if your dog is like mine, and it’s only concerned with the treats on the inside, chances are that you’d do just as well with a standard dog toy that you can put treats in, toss it around the room, and have them go fetch. 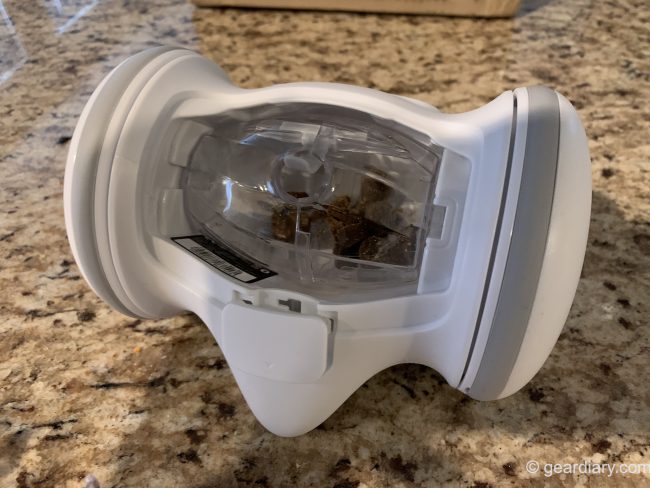 You can find more information at the Varram site.

What I Like: Easy to use app; Works with a variety of dog treats as long as they are a similar size to the original type included; Works for both cats and dogs

What Needs Improvement: Your dog will possibly only be concerned with the treats and yet be annoyed with the toy itself