There are fast computers, and then there are FAST COMPUTERS. What you or I might consider fast for a consumer is very different than the needs of an architect, graphic designer, game designer, or any other processor-intensive workload. Lenovo and AMD have upgraded the ThinkStation P620 with the speedy and vaguely threateningly-named AMD Ryzen Threadripper Pro Processor, putting absolutely top of the line power into one desktop. 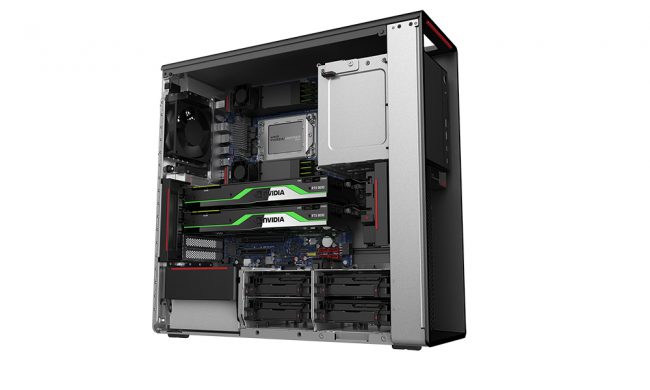 Threadripper, as it turns out, is not a forgotten Game of Thrones character, but a 64-core workstation platform. I’ll be honest; I am a little fuzzy on what precisely that means other than “this is a very, very, very powerful computer,” but AMD’s Ryzen Threadripper website has more tech specs to highlight what this new processor can do. Lenovo says this means users can stream 8k in real-time as well as speed up renders and simulation solving. Basically, this computer can do as much if not more than a desktop with double the processors stuffed inside.

ThinkStation P620 also supports two NVIDIA Quadro RTX 8000 graphics cards or four RTX 4000 graphics cards, up to 1TB of memory and 20TB of storage. Those last two specs alone are pretty amazing when you consider that having 1GB of RAM was considered top of the line 20 years ago! AMD and Lenovo also created a custom heat sink so you won’t be toasting your toes as you work.

The ThinkStation P620 will be available this September, with prices starting at $4599. If your business requires a computer powerful enough to sport something called a “Threadripper” processor, it’s worth budgeting for it now!