So many things were better in the 90s: flannel was cool, and no one blinked if you rocked flannel paired with cargo pants and Converse. The cars were better, too, with actual style instead of the soft rounded edges of today’s SUVs. Ford agrees, and has gifted the otherwise cursed year 2020 with new Ford Broncos! 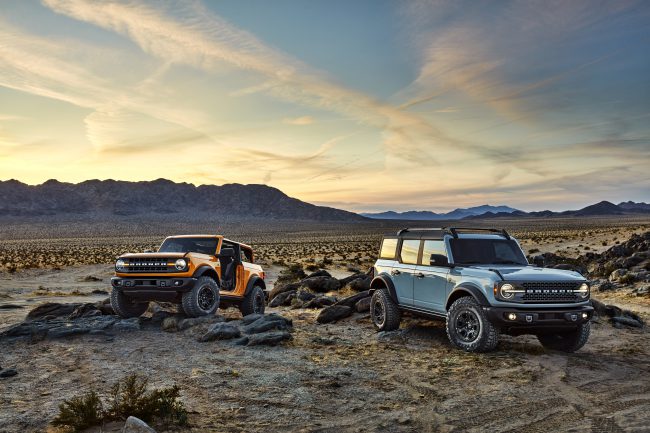 We’re very professional here at Gear Diary, and we certainly wouldn’t make any jokes about how you could get a bright orange Bronco and nickname it OJ. Or about how Ford is going to be running away, making a killing with these… 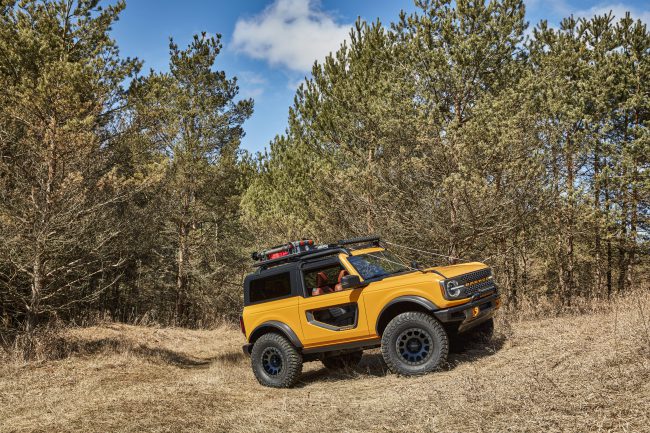 With more than 200 factory-backed accessories available at launch, this 2021 Bronco two-door prototype shows how owners can personalize their SUV to get more out of their outdoor experiences. (Aftermarket accessories shown not available for sale. Prototype not representative of production vehicle.)

Admittedly, in looking at Ford’s promotional photos, that orange color is actually really cool looking. The new Bronco looks good in every color, and it manages to capture that 90’s SUV aesthetic while still being modernized. It has those clear-cut lines and boxiness that screams “Bronco,” but Ford has softened a few edges, given it a front grill that looks like it’s debating between smiling at you and eating you, and of course the ability to go off-road and climb every obstacle you face. Ford even used the phrase “exciting, high-speed off-road driving,” so I’m guessing the designers spent a lot of time watching archival footage of the Bronco in a car chase for inspiration. Wonder where they found that? 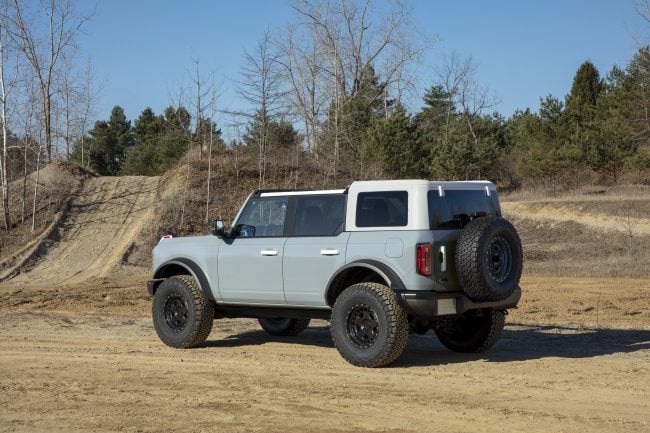 The four-door 2021 Bronco will have available removable modular roof sections – left and right front panels, a full-width center panel, and a rear section. Roof panels on both two- and four-door models can be easily removed by unlocking the latches from the interior to provide the largest overall open-top view in its class to take in the sunshine or to gaze at the stars at night. (Prototype not representative of production vehicle.)

Ford is clearly anticipating the Bronco being a significant pillar of their lineup. They’ll be offering it in two-door, four-door, and sport variants, along with a slew of different packages from a baseline with 4×4, EcoBoost engines, removable doors and windows, and even a “First Edition” trim capped at only 3,500 units. There will also be variations for technology, off-roading, and every other combination of features you could want. It’s clear that Ford sees the new Bronco as the ultimate tool for adventures in rain, snow, or sunshine, and as something you can use to get to work during the week and then escape into the mountains on weekends.

You can check out all the details on the new Bronco here but be warned; it is a ridiculously attractive car. I’m not even in the market for a new car, and I want one! Ford is taking reservations now, with the baseline Bronco starting at $29,995 and presumably climbing as you add in features. So start checking the couch cushions for a down payment!