I am home from the fourth annual Go Further with Ford Trend Conference where the automaker invited some 250 or so members involved in social media of one sort or another. I am going to break down the event into several segments and present them to you in portions that hopefully will be easier to digest. 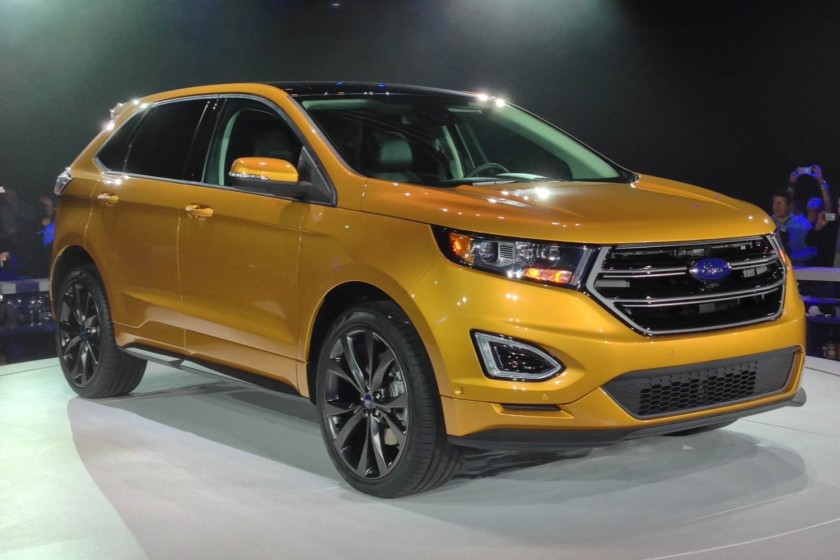 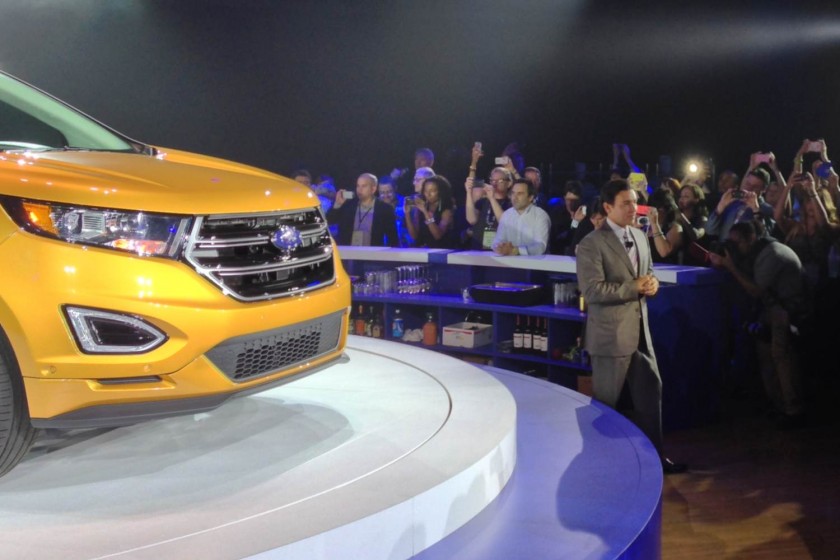 At the opening evening’s gala, incoming Ford CEO Mark Fields introduced the next-generation Ford Edge crossover utility vehicle to the world. It features a new chassis, new engine choices, offers more driver-assist technologies and will be offered in more markets around the globe. 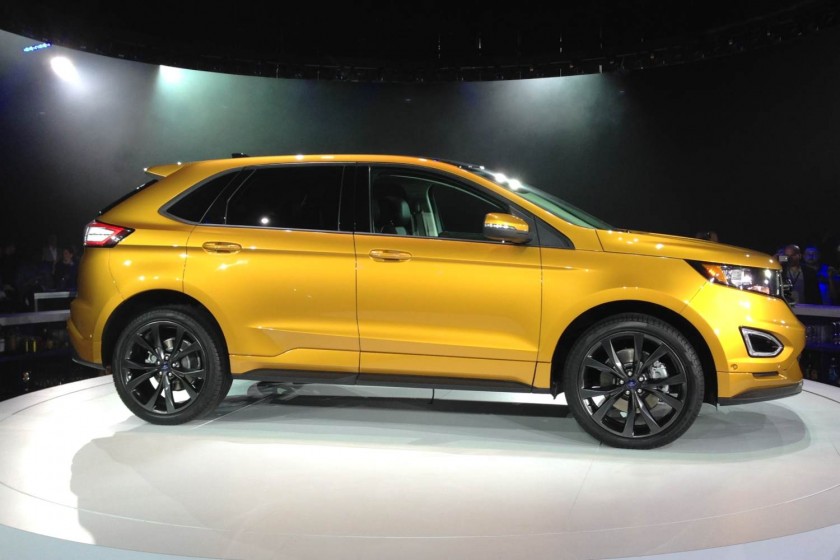 The 2015 Ford Edge will ride on the new Fusion architecture offering improved ride and handling. It will feature new front and rear suspension designs and will arrive standard with the 2.0-liter I-4 EcoBoost engine and offer a 2.7-liter EcoBoost V-6 and normally aspirated 3.5-liter V-6 engines as options. All three engines will be mated to Ford’s Select-Shift six-speed automatic gearbox with paddle shifters on the steering wheel. Edge arrives in front- or all-wheel drive configurations. 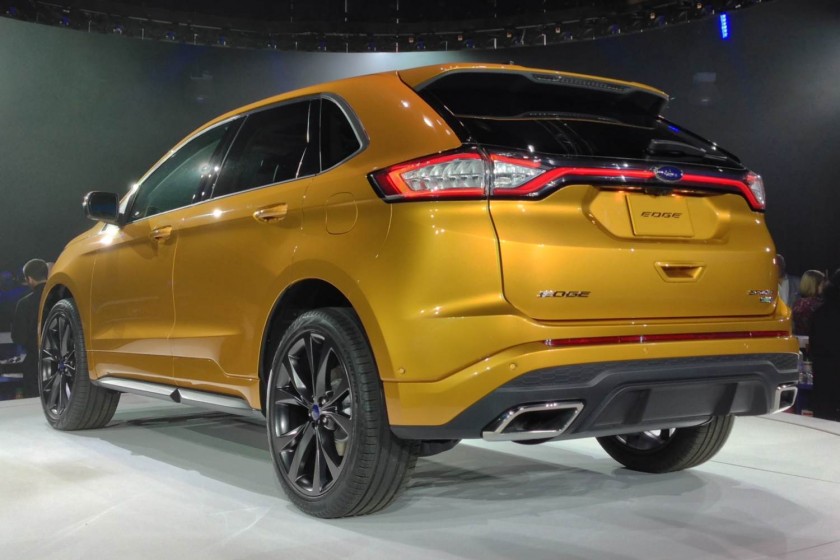 Dimensionally the new model is a little longer and taller than the current Edge and the wheelbase will grow by one inch. Internally this translates to more front and second row legroom and more headroom overall. Cargo capacity increases as well. 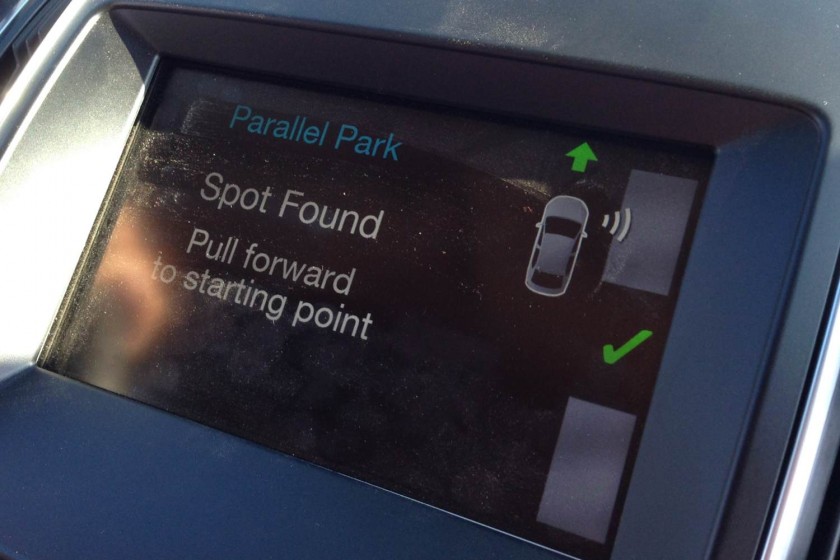 In addition to new technologies such as active grille shutters, adaptive steering and air curtain, the 2015 Ford Edge will feature auto start/stop technology and the next-generation active park assist that can steer the vehicle not only into but also out of a parallel parking space and now into a perpendicular parking spot.

Ford will deliver the new Edge in the first quarter of 2015 and it will feature a new active glove box knee airbag like they announced recently for the new Mustang. 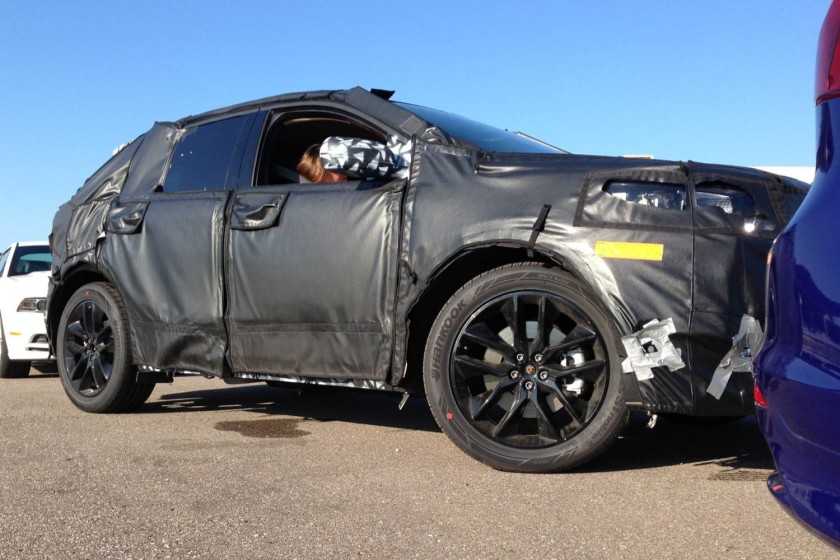 Many of the new features of the 2015 Ford Edge were discreetly demonstrated to us during a visit to Ford Dearborn Proving Grounds, and I for one can vouch for the improvements made to suspension, chassis and new technologies of this popular midsize five-seater crossover.