Gozney, well known for their gas-fired pizza oven the Gozney Roccbox, has announced a game-changing wood-fired oven for the home chef, The Gozney Dome.  The Dome is a professional grade outdoor oven designed to make wood-fired cooking accessible to everyone, not just pizza enthusiasts.  The Dome can be fired with wood or gas to roast, smoke, steam, or bake. 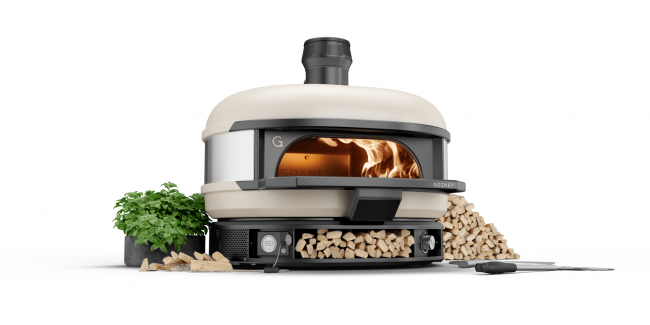 Set to release in 2021, The Gozney Dome is astoundingly versatile; allowing home chefs to do everything from cook restaurant-quality Neapolitan pizza, to bake artisan sourdough bread, or grill a steak over wood coals.  The Dome uses a patented accessory port and an innovative line of compatible accessories to provide unparalleled versatility, allowing the Dome to act like 4 cooking devices rolled into one; a grill, pizza oven, Kamado grill, and smoker.  Even though it looks a heck of a lot like a pizza oven, Gozney describes it as a new breed of “outdoor oven,” rather than a pizza oven.

Tom Gozney had this to say about their new innovation:

“We believe wood-fired cooking is best, for taste and experience.  The food cooks differently, tastes better, and it’s a deeply satisfying experience you can’t get from any other form of cooking. Until now it’s been an art perfected by restaurants and chefs so can be daunting for beginners. At Gozney we believe that anyone should be able to enjoy cooking with fire outdoors, so we’re on a mission to make wood-fired cooking simple for everyone, starting with The Gozney Dome”.

The Gozney Dome is designed to be very simple to use.  It has an extra-wide mouth that allows you to easily maneuver the food inside, has a wide oval shape with the gas on one side, maximizing floor space, and utilizes a patented stone puck system that lets you switch between wood and gas with ease.  The Dome has a fire basket and wood placement tool to help build and maintain a fire while air intake technology allows you to simply control the heat. The integrated ash tray is a really nice touch, while it even has a built-in digital thermometer so you can plug in a thermocouple meat probe and track the internal temperature of a steak. 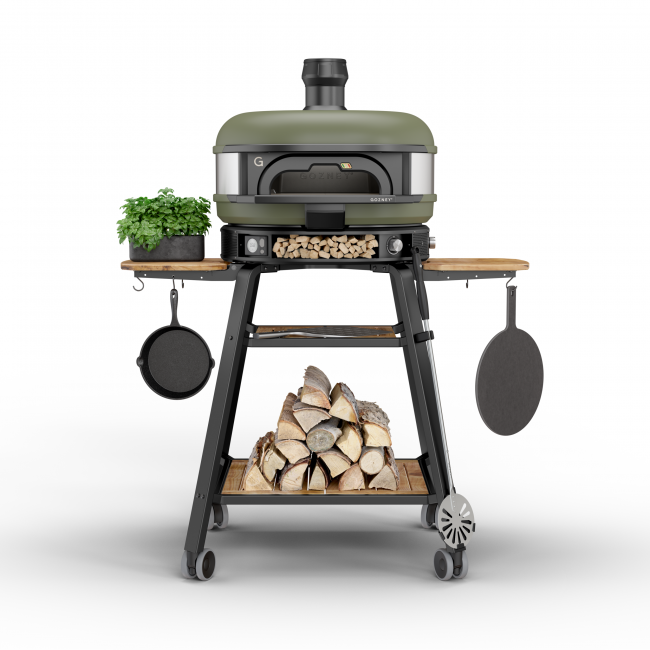 The Gozney Dome is available in wood only for $1,299 or wood and gas for $1,499 and both sport a 5-year warranty.  Each model weighs less than 130 pounds and is less than 25″ deep, so it’ll be able to fit on a standard outdoor kitchen countertop.  Gozney will also offer a metal stand so it can be placed freestanding on your patio, as an accessory sold separately.  The Gozney Dome will be shipping starting in March 2021, and they’re already taking priority sign-ups now via their website.

We are excited to get our hands on the Gozney Dome for a review once they’re released in the wild, but you can head over to their site right now to register your interest.