(Original iPhone on the left, 4S on the right)

I was doing some spring cleaning this weekend and came across a cool find — the original iPhone! I stood in line the day it came out and it was such a welcome change from my Treo 650! I remember being completely mesmerized by the screen and style at the time. Now, just a few short years later I was using its great-great grandchild and here was the original, the first, the groundbreaker. Of course, I had to charge it up and compare to my 4S! (original left, 4S right)
Build: I miss the aluminum body of the original. Don’t get me wrong, I love the industrial style of the 4S, but I would take an aluminum phone over one made of glass in a heartbeat. After holding the two side by side I think my ideal iPhone would be one that combined the metal body of the original iPhone with the accents (the metal buttons, the squared off style, etc) of the 4S.
Size and Shape: Surprisingly, although both iPhones are about the same thickness and size, the 4S FEELS significantly smaller when you hold one in each hand. The 4S IS a touch smaller, but can fit in an original iPhone case. The flash is blocked (there wasn’t one on the original of course) but the proximity sensor, volume buttons, dock connector and power button all line up perfectly! Yes, the more things change the more they stay the same. I have to give it to Apple, they have been remarkably consistent over numerous generations.

Speed: The iPhone… 1… is… slow… very… very… slowwwwwww. Flipping between home screens is s-l-o-w. Apps launched, though not terribly quickly. It is clear the original iPhone is a 4-year-old phone. But it still works. And despite not being designed for apps many DO run on it. That is, in and of itself, impressive. What still amazes me is how the hardware doesn’t seem dated (again until you turn it on). Touching it still screams quality, and the metal body really makes it feel more solid than most phones today. It is amazing how the original iPhone’s design has endured throughout the product line, and of course how it has influenced the iPad as well. Not many phones can claim that kind of legacy! 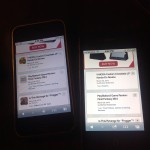 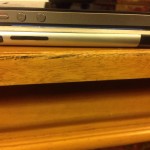 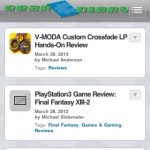 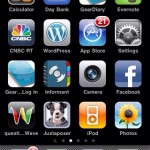 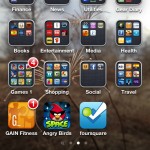 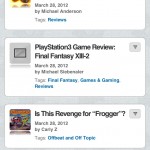 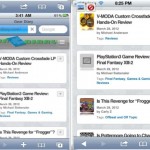 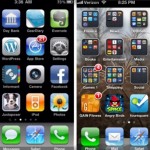